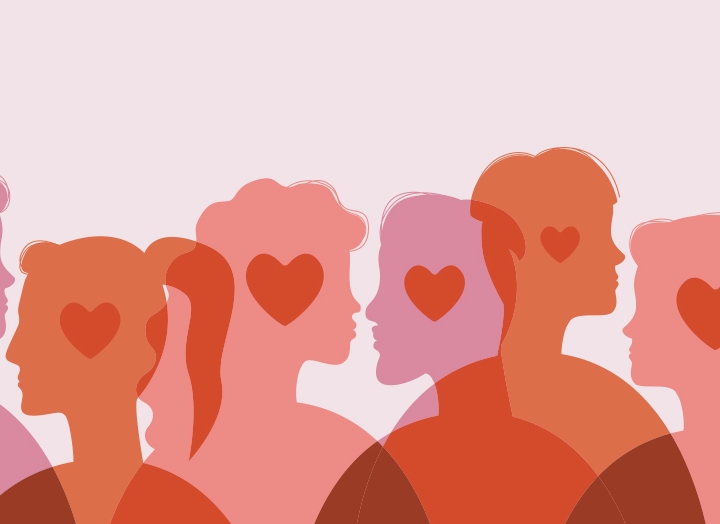 I first heard about non-hierarchical polyamory when one of my crushes DMed me about it. After a series of incoming DMs (the modern day ‘do you like me? Circle Y or N) he introduced me to this term as a response to the critically acclaimed question, “What are you looking for?”

Non-hierarchical polyamory, a hashtag with 1.8 million views on TikTok, grew out of polyamory as a way to practice multiple simultaneous relationships without imposing any form of hierarchies on those relationships. This means that there is no ranking system of primary and secondary partners within romantic and/or sexual relationships. When it comes to decision making, no particular relationship is designated as having the right to set requirements or limits on the other relationships in the network. Partners and metamours (your lover’s lovers) make decisions that are intended to be collaborative and consultative rather than rule-based. No person has extra influence or “say'' over any of their partner’s relationships, despite traditional relationship markers such as living together, shared expenses, years spent together or co-parenting a child.

My gut reaction to learning about non-hierarchical polyamory was surprise. Not only about the concept (I’d heard of this dynamic before but did not know the terminology) but more about his ability to directly communicate truthfully about what he wants in life rather than intentionally omitting it (lying™) until the drawn out “what are we?” conversation in which a monogamous relationship becomes a proverbial dangling carrot or an elephant in the room depending on how you’re feeling when it comes up. I really appreciated his ability to communicate his truth, even if we had different desires around our intimate relationships. Or did we?

I have always possessed an alternative sensibility. Born into a family of Sinatra-style “My Way” blue collar entrepreneurs, I see things instinctually from a DIY approach. From the food I cook to the art I make, my career choices and my most meaningful relationships—everything I value in my life is a result of going with my gut rather than societal standards. My love life has been no different. I’m a quality-over-quantity kind of person when it comes to intimacy, and a person-over-gender type, as well. So of course the idea of loving without possessiveness sounded beautiful to me, but still, it felt unnatural to imagine myself genuinely content in a non-hierarchical dynamic. Or maybe I’d just never seen it carried out peacefully before. Honestly, it felt like there was a rule set in place, and the rule was that there were “no rules.” Somehow, it felt kind of constricting. The irony was not lost on me. I turned to nature for some wisdom, as I do for all of life’s big questions.

Much of the natural world is inclined toward establishing hierarchies. Primates, birds and wolves, for example, organize themselves into hierarchies when competing for food, space and mating partners by asserting dominance for survival. Remember the cafeteria scene in Mean Girls? That felt so real because it was. People are animals. So when, and how, did we begin coupling up? While some scientists say that single partnership became an evolutionary advantage because it decreased the spread of STIs (tale as old as time…literally). Some anthropologists believe that monogamy developed around the same time that farming did to increase wealth and protect offspring (*Succession theme song*). Either way, monogamy caught on, as did the practice of other relational constructs like paying a dowry for a wife and arranging marriage to maintain social status.

So that got me thinking, if we ain’t nothing but mammals, does that make us instinctually inclined to establish hierarchies in our relationships? Or is it an outdated societal compulsion? Are some human beings, as our species evolves, becoming more ideologically oriented to equalizing the distribution of authority in their intimate lives than others?

The terms ‘best friend’ and ‘soul mate’ come to mind. These terms are usually used to describe the deep feeling of love and connection we feel around someone. It’s kind of unexplainable. That powerful feeling creates meaning, and that meaning solidifies a bond. When you get the best news of your life, for example, that person flashes in your mind as the first one you want to tell. How, in a relationship with multiple partners, is this kind of impulse expressed? Perhaps, in a display of true modern love, a group text is sent. Or maybe, for some people, it just isn’t such a big deal to focus on who knows what first. Maybe some people can just be chill for once *stares into a mirror with single tear.* Just kidding. Kinda.
Turns out we humans are getting the hang of exploring relationships outside of societal norms—or at least we’re finally being honest about it. A poll of 1,300 U.S. adults conducted in January 2020 by YouGov found that "Among U.S adults who are in a relationship, 23 percent say their current relationship is non-monogamous to some degree. About three in 10 (31%) Millennials in a relationship say their relationship is non-monogamous. Of this group, 8 percent define their relationship as completely non-monogamous. When I read this, I thought, “cool.”

As we all know by now, Western society has indoctrinated patriarchal, imperialist, heteronormative standards for love. Clearly, these standards simply do not work for everyone, but must be stated that some of the most resonate masterpieces are born from the feeling of jealousy and betrayal. Why, for example, does "Ring The Alarm" hit so damn hard? Because it taps into the deeply animalistic and universal feeling of betrayal. Just saying.
I think, for some members of our human species, exploring a non-hierarchical polyamory lifestyle will open doors to self-perception and acceptance that will make positive changes in our society for decades to come. Perhaps even more artistic masterpieces will be born from the feeling of liberation that it can inspire. I think for others, a non-hierarchical polyamorous relationship could send you into a tailspin that could create trauma for yourself and anyone who will listen for decades to come. It’s understandable to desire security and organization around your love life in this deeply chaotic world, and it’s also cool to lean into a more surfs up attitude (technical term.)

No matter where you land (and it can change!), I think it’s important to trust our instincts when making choices with our intimate lives. The times they are a-changing and the minds they are expanding, one DM at a time.

The Most Important Question to Ask Yourself About Your Partner, According to a Couples