Millennials Seriously Can't Get Enough of This Very Boomer Activity 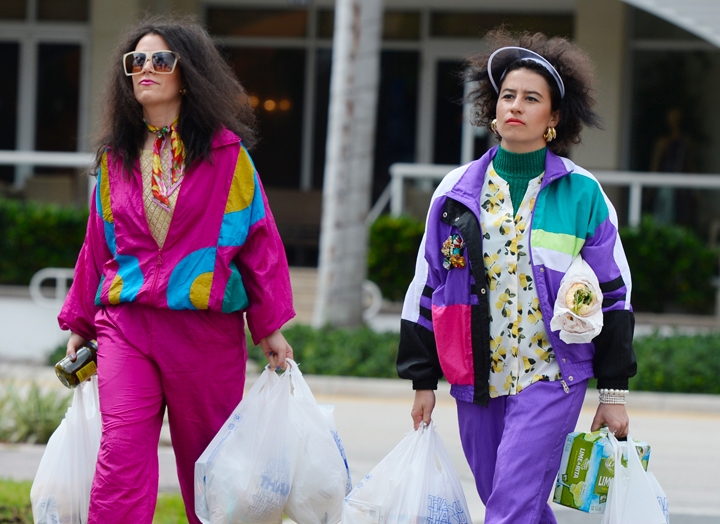 The generational divide between boomers and millennials couldn’t seem wider these days. And while both generations probably have a lot of *cough cough* things to say about the other, there is one thing a 30-something and 60-something will happily agree on: Pickleball is f*cking fun. Can’t believe there’s an activity named after a fermented condiment that has everyone going bonkers? Here’s everything you need to know about the game.

Pickleball is what would happen if you put all your favorite racket sports into a blender. It’s got similar rules to tennis; paddles like, well, paddleball; and a court that takes a page from badminton. The overall effect is a miniature tennis match that, instead of a tennis ball, is played with something that looks more like a wiffle ball than anything else. Also, just like tennis, it can be played with singles or doubles.

Is it a new game?

Not quite. It was invented in 1965 in Washington, but, as the Boston Globe notes, “[for] a good long while, it was mostly an obscure game in the Pacific Northwest, until it eventually made its way to the Sunbelt, where it became popular with retirees, but still lived mostly under the radar.” So, unless you were into racket games at your senior living community, you probably didn’t know it existed until recently.

What’s so great about pickleball that everyone and their mom (literally) loves it?

You know how tennis sounds so fun in theory…but then you play for five minutes and you’re absolutely exhausted? Well, pickleball is kinda the answer to that. It’s got the fun back and forth volleying of tennis, but because of lighter equipment and smaller courts (which translates to more courts), both non-athletes and fitness aficionados can play better for longer and more often. Plus, the smaller courts mean you can be chattier with your playmates, attracting players who see it as a social activity too, hence its starring role in this infomercial for the age-restricted community The Villages (ya know, the massive retirement Disney World at the center of the documentary Some Kind of Heaven). "Well, a typical day for me is coffee in the morning, go for a walk, playing pickleball..." the senior residents list off in the first 30 seconds of the half-hour spot.

But these factors have also helped the game explode beyond retirement communities. Per the Boston Globe, “There were 4.2 million players in the United States last year, according to the Sports & Fitness Industry Association, a 21 percent increase from 2019, with nearly 30 percent of ‘core’ players under the age of 35.” I, for one, have witnessed this boon first hand. During an elongated stay at my parents' during the pandemic, pickleball became an activity we could all do together...and separately. Me and my husband could play with our friends or we could pair up and play doubles with my dad and his friends. In fact, now my 34-year-old husband is on a text thread with my dad's 60-plus friends, coordinating games and talking smack.

And then there's the savvy entrepreneurs who have identified a relatively untapped market outside of the pro world (yes, there's pro pickleball). Take Adele Hazan and Karen Alexander, millennials who co-founded their own athletic brand, Varsity Pickle, after falling in love with the game themselves. "If you've met someone who plays pickleball, they want you to make sure you know they play pickleball. So we created a line of clothes for people to wear on and off the court that celebrates their love for this fast-growing sport," they told me.

This is how we wind up with both cool athleisure brands like Varsity Pickle, Devereux and Baddle and, say, a cutthroat election for president of the Pickle Club at grandma’s senior living community. (Vote for Jan!)

Hold on, why is it called pickleball?

Fear not, no actual pickles are involved in the sport. And no, although an adorable rumor, it’s not actually named after a beloved dog, Pickles. Founded by Joel Pritchard, Bill Bell and Barney McCallum in Washington after improvising on a badminton court with all the wrong equipment, Joan Pritchard later came up with the name “as a reference to the thrown-together leftover non-starters in the ‘pickle boat’ of crew races,” writes USA Pickleball.

OK, but is there a dog named Pickles somewhere in the story?

Yes, but it seems Pickles was named after pickleball was named and not vice versa. Nevertheless, Pickles remains an absolute perfect name for a dog.

Millennials Are Obsessed with *This* Boomer Travel Trend