By Kelsey Paine
••
Sponsored by

No matter how old you are, getting a cavity is a huge bummer (it can be painful and expensive). So, as a parent, it’s extra important to ensure your kids know how to keep tooth decay at bay—teaching your kid an effective toothbrushing routine now sets them up for success later. Whether you’re gearing up for a whole bunch of Halloween candy, birthday parties full of sweet treats or just looking to brush up on overall cavity prevention, these tips will help keep your kids’ smiles happy and healthy. 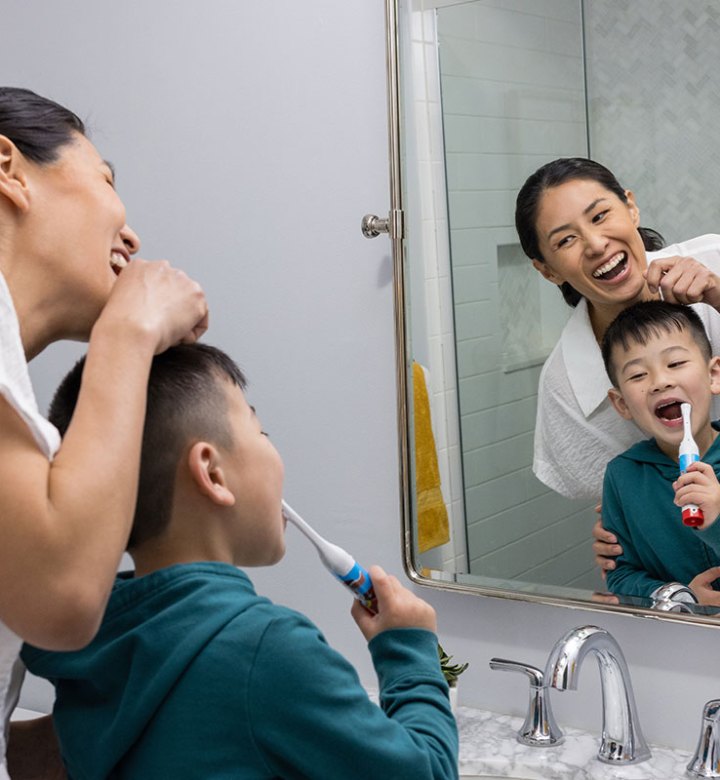 According to the CDC, more than half of children aged 6 to 8 have had a cavity in at least one of their baby (primary) teeth. But while cavities are common, they’re also preventable. Once your child reaches Stage 3, aka between the ages of 2 and 10, they should be starting to learn how to brush independently. Kids love to mimic (think: “Simon Says”) so if your children notice you taking care of your teeth, they’re likely to feel a natural inclination to do the same.

Try brushing alongside your child and showing them the proper pose: Stand behind them as they stand on a stool in front of the mirror. They’ll feel secure and you’ll be able to see their teeth better. Then teach them to angle the toothbrush bristles along their gums, helping them work their way around their teeth and gums in a gentle circular motion. The American Dental Association recommends brushing for two minutes, which can seem like a lifetime to kids. Try passing the time by playing a favorite song, setting a timer, or using one of the handy Orajel™ Kids Brush Timers. And don’t forget about brushing the tongue to get rid of bacteria! They also have a handy Brush Calendar you can download and print here to set goals, track and reward every toothbrushing success with your kiddo. Check out these Orajel™ Kids tips for more toothbrushing motivation for your little one. 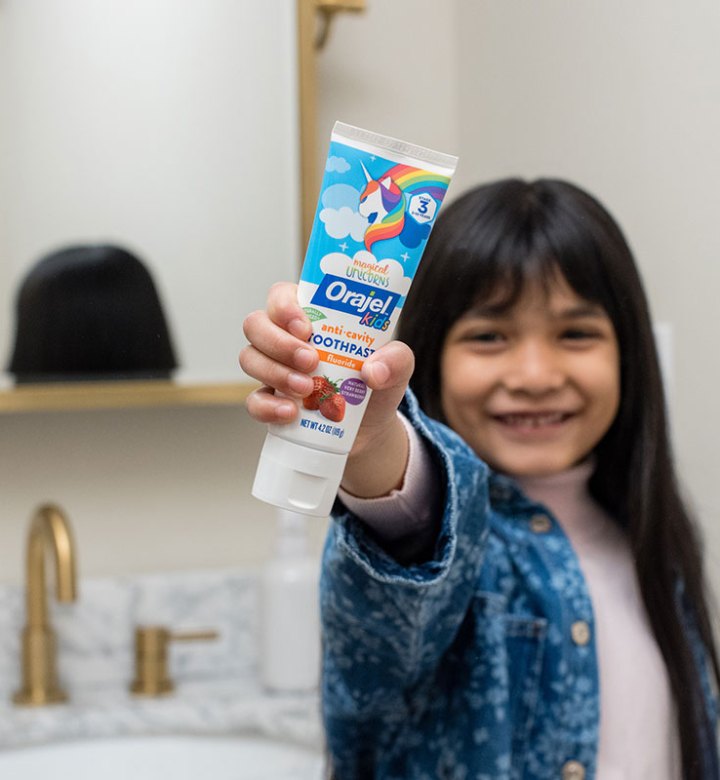 A cute toothbrush and toothpaste set is a great way to make brushing feel less tedious for kids. We love Orajel™ Kids products, which feature some of their favorite characters like Paw Patrol and mermaids and magical unicorns. Their fluoride toothpaste formulas help prevent cavities since fluoride toughens the enamel, making it harder for acid to penetrate. (It’s safe for your child to begin using fluoride toothpaste when they reach the age of 2.) Plus, you can feel good knowing it’s made with over 99 percent naturally sourced ingredients. Some dentists might also suggest a fluoride rinse for extra protection; ask yours at the next appointment. And if your child is younger than 2, the non-fluoride training toothpastes are made with 100 percent naturally sourced ingredients and perfect for learning how to brush. Oh, and don’t forget to change their toothbrush three to four times a year! That goes for you too. 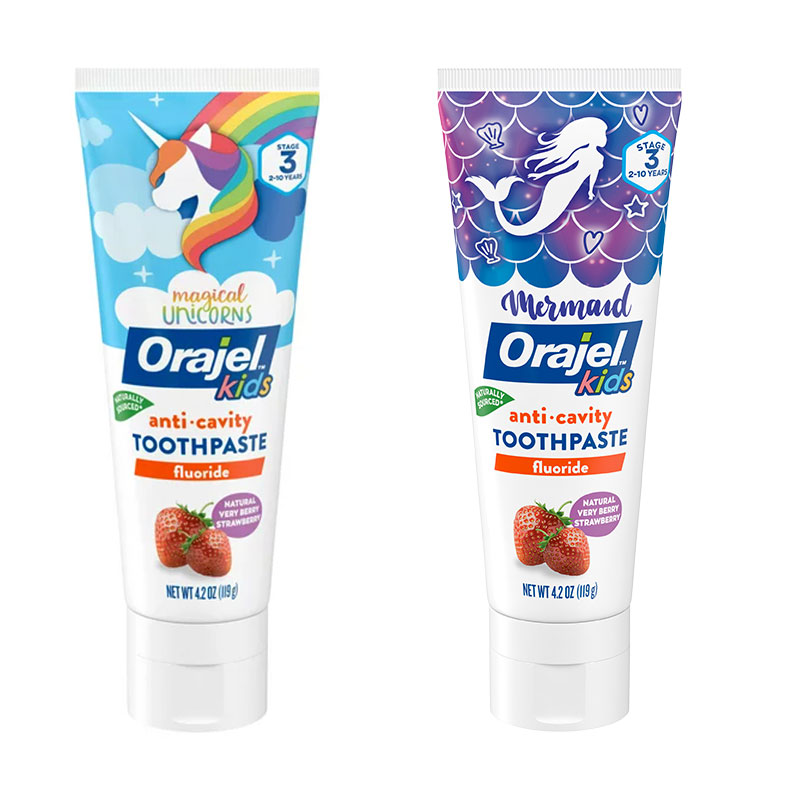 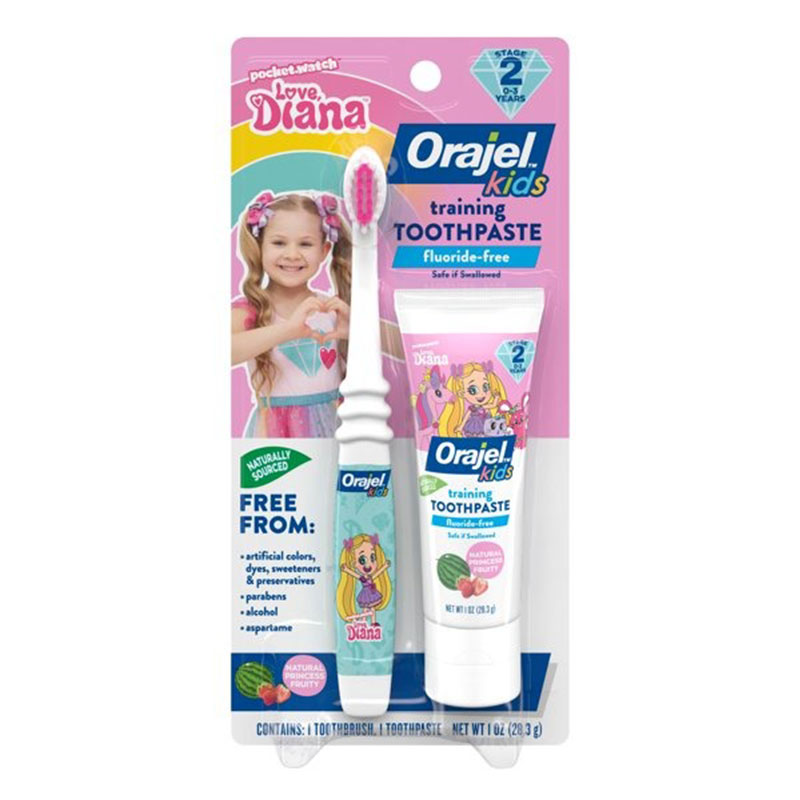 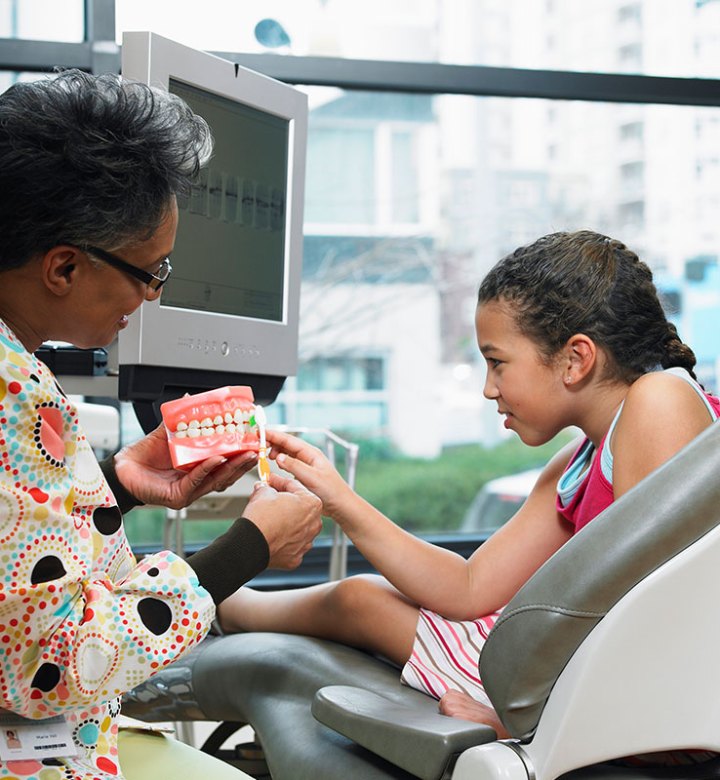 It’s essential to make regular dental appointments for your kid. These will keep your children’s teeth clean, help prevent cavities and set the stage for a healthy oral hygiene routine from a young age. The American Academy of Pediatric Dentistry recommends your child go to the dentist by age 1 or within six months after the first tooth erupts. For older kids who are susceptible to cavities, you may also want to ask your family dentist about dental sealants, which help seal cracks and spaces between teeth where bacteria can easily build up and cause damage. Read more about what to expect from your child’s first dental visit. 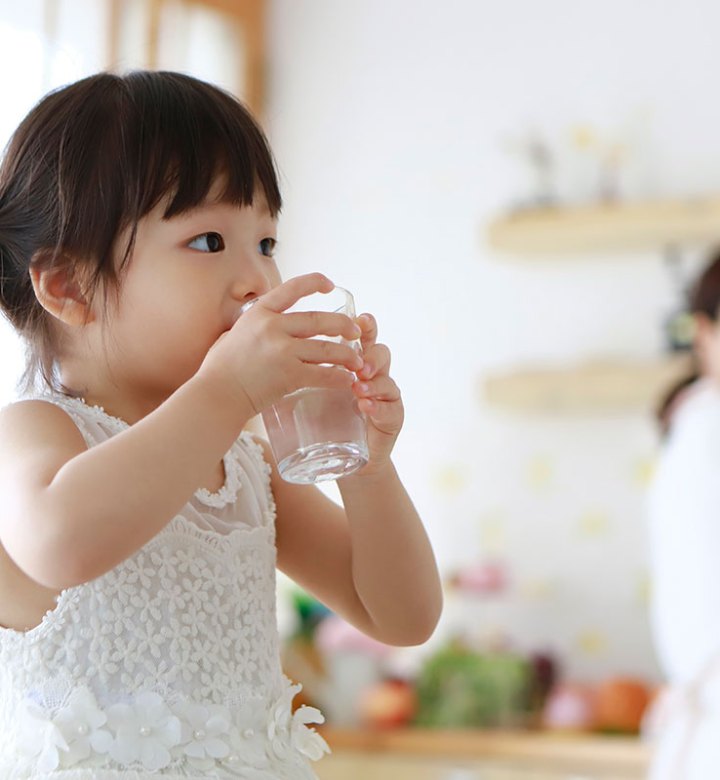 4. Make Sure They Drink Plenty of Water

Drinking water is not only one of the best things you can do for your health overall, it’s also a simple way to help prevent cavities in kids. As a general guideline, children between the ages of 4 and 13 should aim to drink between 5 and 8 cups of water each day. That’s because water with fluoride helps wash away harmful bacteria from the teeth, the gums and the tongue and prevents acid from building up on the enamel (the outer layer of the tooth). Check with your local water utility agency to find out if your water has fluoride, or ask your doctor if you should get a prescription for fluoride drops or chewable tablets for your child. 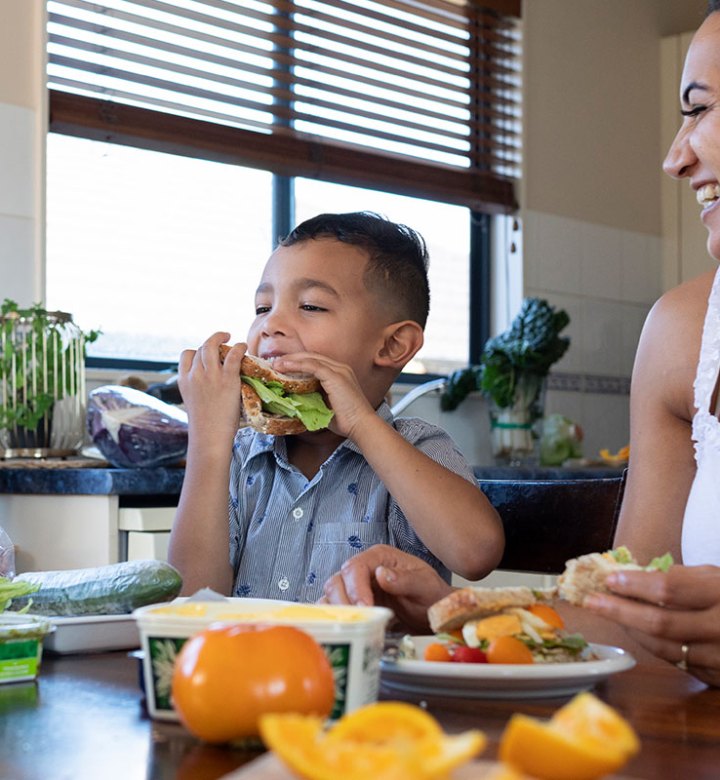 We all deserve some indulgence from time to time, but eating or drinking too many sugary or processed foods—especially things like soda and juice—can erode tooth enamel and cause cavities. When your kids do have these foods, have them rinse their mouth or brush their teeth 30 minutes after eating. And consider increasing their intake of water-dense fruits and vegetables. Fresh fruits and vegetables help clean plaque from teeth and contain lots of antioxidant vitamins, such as vitamin C, to protect gums and other tissues from cell damage and bacterial infection. 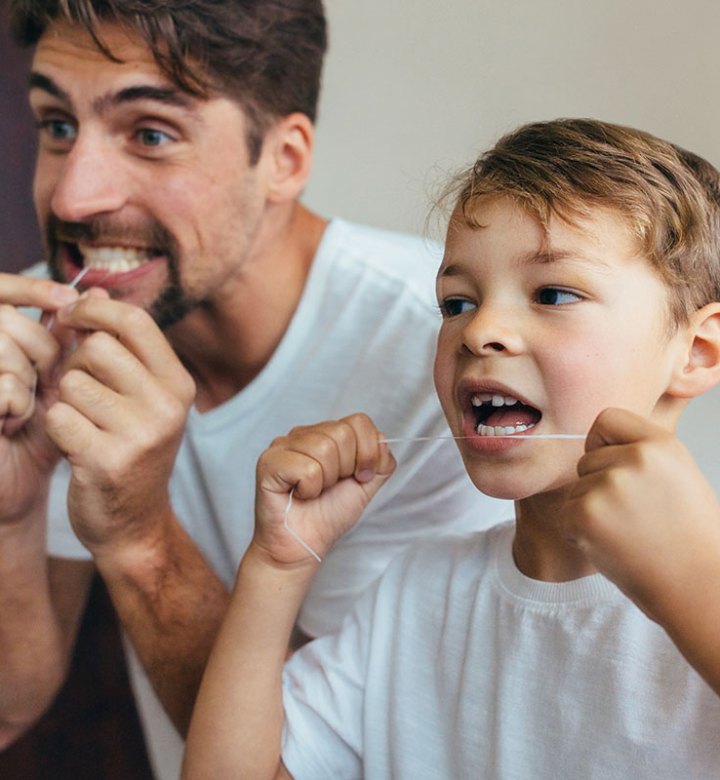 6. Flossing for the Win

Yes, flossing is equally as important as brushing. But if you’re anything like us, it’s still that thing you always forget to do. Which is why starting your kids on a flossing routine from a young age is so vital. Flossing at least once daily is extremely effective at removing food particles and buildup. You should start flossing your child's teeth once they’re too close together for the bristle of a toothbrush to easily fit between them. Until they can manage solo, help your child learn the correct form: Gently insert the floss between two teeth using a back and forth motion. Curve the floss around each tooth in a C shape and move it up and down each tooth. The goal is for your child to prioritize flossing their teeth the same way they prioritize brushing.

Bottom line: Communicate early and often with your child about dental hygiene and you’ll feel good knowing they’re armed with the knowledge they need to prevent cavities now and well into the future.