Does Meditation Work? We Investigate 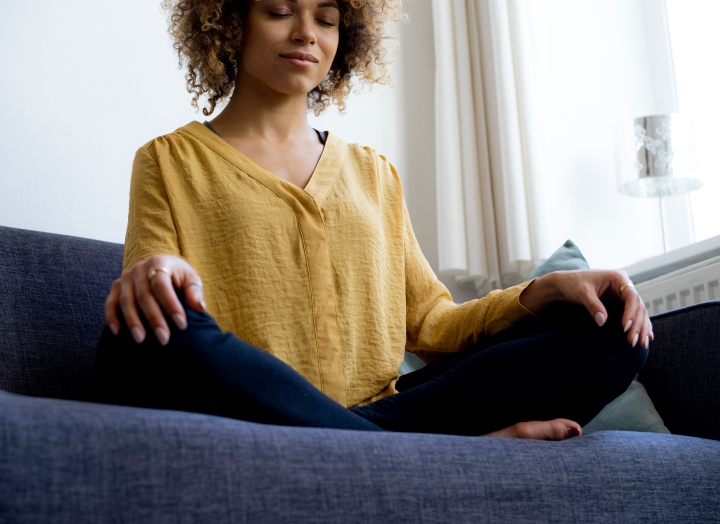 Everyone from (queen) Oprah to Kobe Bryant and Fortune 500 CEOs swears that meditation is the secret to leading a happy, healthy and basically better life. But why is it that whenever we sit down and try to actually do it, our mind immediately wanders to what we’re having for lunch and whether or not this meditation thing is really all it’s cracked up to be?

Well, for starters, let’s get this part clear: Meditation can be practiced in many different forms and is challenging for most people—especially in the beginning. The key is to find a practice that works for you and to do it consistently.

But first, does meditation actually work?

We’d say the science from the last decade is pretty darn convincing. There’s a 2012 study from Johns Hopkins that indicated practicing mindfulness meditation reduced anxiety, depression and pain. Another study conducted in the same year at the University of Washington showed that meditation can help increase focus and productivity.

As for long-term benefits, research at UCLA showed that participants who meditated for an average of 20 years had more grey matter volume (which is responsible for processing information in the brain) than non-meditators. And just last year, a study conducted by doctors at the University of Southampton and psychiatrists at University College London found that easing anxiety through meditation can reduce the risk of developing dementia later in life. Those are the facts, but the choice is yours.

Now let’s back up a bit and go over the history of meditation and how to get started.

Where did meditation come from, anyway?

Archaeologists in the Indus Valley "discovered evidence of meditation in wall art dating from 5,000 to 3,500 BCE," according to Psychology Today. And while meditation has been practiced in other parts of the world like Egypt and China for centuries, it wasn’t until the early 20th century that it was popularized here in the West.

For that, we can thank a number of researchers, but most notably, Dr. Herbert Benson, for leading pioneering studies on the various health benefits of meditation (like lowered heart rates and increased brain waves that help with sleep).

Those early studies combined with celebrity fans (like the Beatles, who famously practiced TM, or Transcendental Meditation, in the late '60s), brought meditation out from the fringes and into mainstream consciousness, where it remains today.

What Are The Different Types Of Meditation?

While there are hundreds—if not thousands—of different forms of meditation, we’re going to focus on some of the most commonly practiced types that you might be familiar with:

How Exactly Do I Meditate?

Don’t overthink it. There is no special trick or magical location for meditation (and that’s part of what makes it so great: you can do it anytime, anywhere). Ideally, you want a relatively quiet space where you won’t be too distracted.

Apart from that, you can either sit in a chair with your feet planted on the floor or on a cushion with your legs folded in a way that’s comfortable to you. (Note: If you have a physical condition that makes sitting for prolonged periods of time difficult, it’s absolutely fine to lie on your back, too.)

Once you’re situated, set a timer for however many minutes you want to meditate (or queue up your guided meditation of choice), softly close your eyes and focus on your breathing. When—not if—you get the urge to fidget around or find your thoughts drifting to another place (typically, it's the never-ending list of chores to do), note the thought or feeling, and bring your focus back to your breath. Repeat until your time is up.

How Long Should I Meditate?

Ah, the million-dollar question with a surprisingly straightforward answer: You should meditate for as long as you need or can manage—especially when you’re first starting out.

There are people (like the aforementioned TM practitioners) who swear by 20 minutes of daily meditation to change the way your brain functions; then again, there are plenty of people who believe that five minutes in the morning is all you need to reap the full benefits.

In short, putting an exact number on the amount of time you should sit in stillness isn’t nearly as important as it is to cultivate a consistent meditation practice.

How Often Should I Meditate To Feel A Difference?

Again, not to hit you over the head with it, but consistency is key. Just as you wouldn’t work out once a week and expect a spontaneous six-pack (if only), meditating sporadically won’t do much for you in the long run.

You are better off sticking with short, daily meditations instead of a few long sessions every couple of days. With guided apps like Headspace and Calm, you can start with a few one- or three-minute exercises before working your way up to longer sessions as you progress.

We completely understand why it’s hard to justify doing absolutely nothing for a few, uninterrupted minutes. Have you seen our laundry pile? On second thought, having some non-negotiable quiet time doesn’t sound so bad right about now. Come and join us in full lotus position.