Is ‘Compersion’ the Missing Ingredient in Your Relationship? A Psychologist Breaks It Down 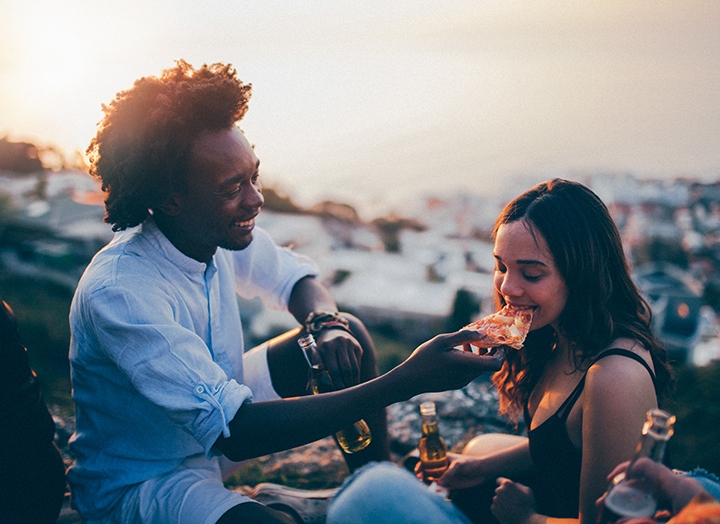 We recently asked a sex therapist about the words that she wishes people would use more often, which was the first time we had ever heard of compersion. “Compersion is about feeling love for your partner as they enjoy something or someone else,” Rosara Torrisi, PhD from the Long Island Institute of Sex Therapy, told us. In other words, it’s the opposite of jealousy. And it can be seriously beneficial to your relationships, as psychologist Joli Hamilton, PhD explains below.

“Jealousy is normal,” says Joli Hamilton, PhD, sex educator, professor and brilliant TED-talk leader. In fact, psychologists can see it from the age of six months (cue Junior wailing when mommy holds another baby) and it only gets more complicated as we get older. “People feel it more or less strongly, more or less frequently, but no matter where you are on the jealousy spectrum, it’s not a moral failing to feel jealous,” she explains. “It’s what we do with jealousy that matters.”

Because fighting jealousy or trying to get rid of it is not the solution. In fact, this will just lead to even more feelings of jealousy. And here’s something else you should know about the green-eyed monster: There doesn’t actually need to be a real threat in order for jealousy to exist… jealousy can attack through the imagination. In other words, jealousy can invent a problem or rival (like that time you got upset that your S.O. was playing video games with his friends all night instead of spending time with you). This can trick us into thinking that our relationship is in danger. But remember, jealousy itself isn’t the problem—it’s what you do with it.

When jealousy tries to take over (“He doesn’t want to spend time with me anymore” or “She’s totally flirting with that waitress”), rather than let the fear of losing your partner overwhelm you, Hamilton advocates moving toward compersion.

So, how can I add more compersion into my life?

By going through with the above steps, you will move closer to compersion and figuring out what would serve you in the moment—whether that’s more closeness, wanting to be seen or perhaps even some time alone.

Here’s an example of what that might look like: Let’s say that you go to a party (in non-COVID times, obviously), and your partner spends the evening working the room and mingling with others. In fact, every time you look over, it seems like your S.O. is laughing and having a good time with an attractive and charming guest. Meanwhile, you’ve been stuck talking to Mr. Let-Me-Tell-You-About-My-Cats for the last 40 minutes. Do you A. start an argument on the way home about it? Or B. take a deep breath, tune into your body, notice that you’re feeling jealous and tell yourself that you can figure this one out?

If you go with option B, you’ll probably feel better about yourself tomorrow morning and you may even realize that seeing your partner having fun and being so engaged and desirable is actually pretty cool. Boom—compersion.

But wait, should I not tell my partner when I’m feeling jealous?

“Compersion doesn’t ask us not to be jealous or accept whatever we’ve been presented without question” says Hamilton. In fact, she stresses how important it is to set boundaries and ask for what you want. (“Hey, when we go to a party, I’d really like it if we could check in with each other every so often.”)

And it goes without saying that compersion works best when employed in relationships that are loving, communicative and consensual. (In other words, there’s no need to turn to compersion if you’re jealous because your partner is cheating on you and you’re not in an open relationship.)

“But when jealousy plants a seed of despair, compersion says—hold on, let’s not water that,” explains Hamilton.

No Joke, These 5 Marriage Tips Have Kept Us Out of Divorce Court Over the Last 10 Years