Millennial ‘Friendship’ Weddings Are a Thing, and Here’s Why Your Grandma Should Stop Rolling Her Eyes

Most Bachelor contestants claim they want to marry their best friend, but Dylan, 24, and Mary-Louise, 26, actually did. No, Dylan and Mary-Louise are not your typical lovers who call themselves “best friends.” They certainly love each other, but they are what they call “partnered friends.” After living as platonic pals and roommates for two years in NYC, they decided to put it on paper. They took the train to City Hall and, $35 later, their situation-ship was official. We’re calling it a friendship wedding. Here’s everything to know about the trend.

Can I Say No to All Kids at My Wedding? 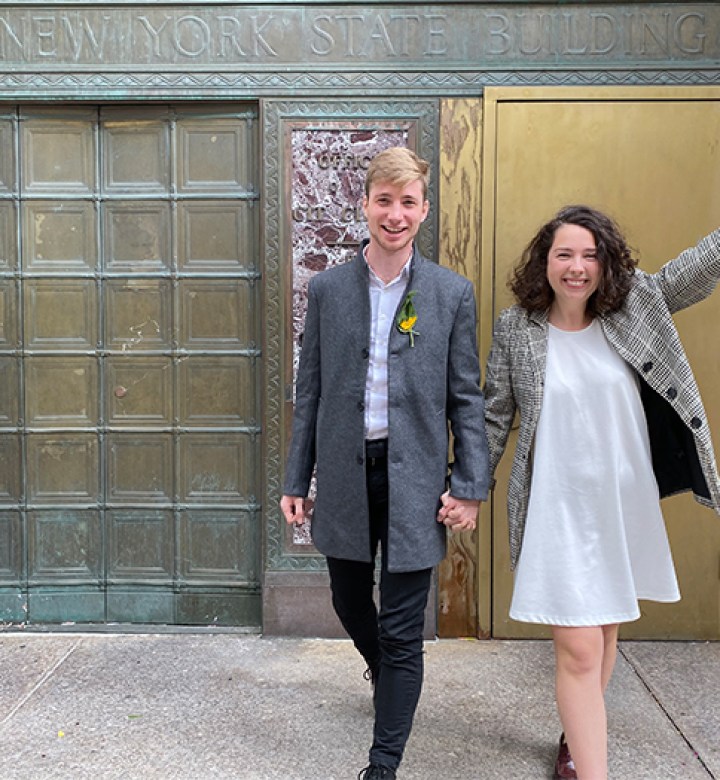 OK, but why get friend-married? Domestic partnerships (also known as civil unions) were designed to give same-sex partners many of the same benefits—economic and noneconomic—as married couples without their actually getting married (remember, same-sex marriages were not legal until very recently). But some folks, like Dylan and Mary-Louise, are single but still want the benefits of a legal partnership. Think of it this way: It’s literally a friends-with-benefits sort of thing, but instead of swapping backrubs and booty calls, they get health insurance and hospital visitation rights.

And how do you celebrate? However you want! In Dylan and Mary-Louise’s case, they had a rehearsal dinner the night before with their gang in Flatbush (five roommates, one bathroom, wow!). They even found a bottle of red called Five Friends at a nearby wine shop. On the big day, Mary-Louise wore a white smock dress and carried a bouquet of sunflowers. 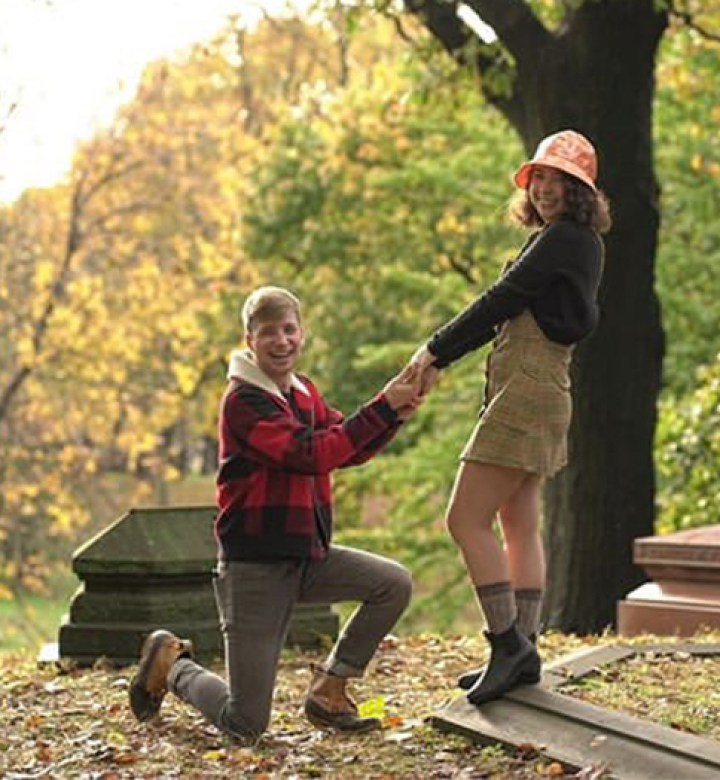 It wouldn’t be truly legal *in the eyes of Instagram* without an adorable photo shoot. Honestly, your cousin’s cheesy engagement photos have nothing on Dylan and Mary-Louise’s  pics. As luck would have it, one of their roommates is a talented photographer and she snapped the couple strolling through Green-Wood Cemetery in Brooklyn. The results are the most wholesome #DP pics on the internet. “Love is real and so is friendship! Howdy Partner,” the groom captioned on Instagram with a cowboy emoji. He even got down on one knee. The bride-to-be wore a bucket hat.

How can I get a Dylan or Mary-Louise for myself? Like any good rom-com, it started with a meet-cute. After the Women’s March in 2017, Dylan and Mary-Louise were both in line at a Starbucks in Covent Garden, London. When he heard her American accent, he asked where she was from and the rest is history.

Even better, their families are totally on board. “They know how close we are and that we bring out the best in each other,” Dylan gushed. “Both sides are so excited.” The pair hopes this trend will inspire other single millennial friends to do the same. Of course, we can assume that 99.9 percent of domestic partners are romantically involved with each other. But why let those couples have all the fun?

How One Bride Saved $3,500 on Her Wedding Video with This Ingenious Hiring Trick