The 50 Best Things to Do in Tokyo

Visiting Tokyo means falling in love with Tokyo. For foodies, the busy Japanese capital is a haven for taste-testing new dishes, innovative sweet treats and, of course, top notch sushi. But it’s also ripe with culture, art and history. With some advance planning—especially with restaurant reservations—Tokyo will easily become a place you’ll want to return to over and over again. Here are 50 of the best things to do in the city (although there are hundreds more also worth doing).

The 50 Best Things to Do in London 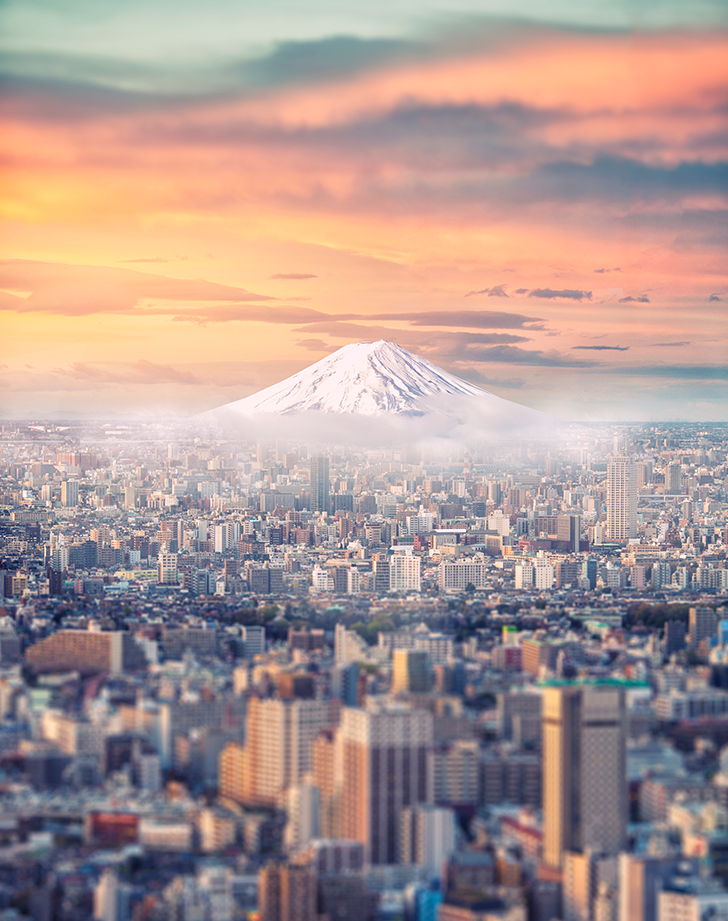 1. Book a Room at the Conrad Tokyo

Before you arrive, book a room at the Conrad Tokyo, a contemporary, high-rise hotel with amazing views of the Tokyo skyline and easy access to public transportation.

Nearby, Ginza is the city’s hub for high-end shopping, pricey restaurants and basement bars. You may not be able to afford to buy anything, but it’s a good starting point for Tokyo’s vibrant culture.

Head across town to traverse the iconic Shibuya Crossing, a busy intersection where numerous crosswalks converge into one. It’s like Times Square, but more fun.

A short distance away, take a walk through Harajuku, an onslaught of color, shops and whimsical fashion, as well as cat cafés and several types of sweet treats.

Speaking of pet cafés, Harajuku is home to a hedgehog café, where you can snap a photo of the tiny, adorable creatures nestled in your hand. 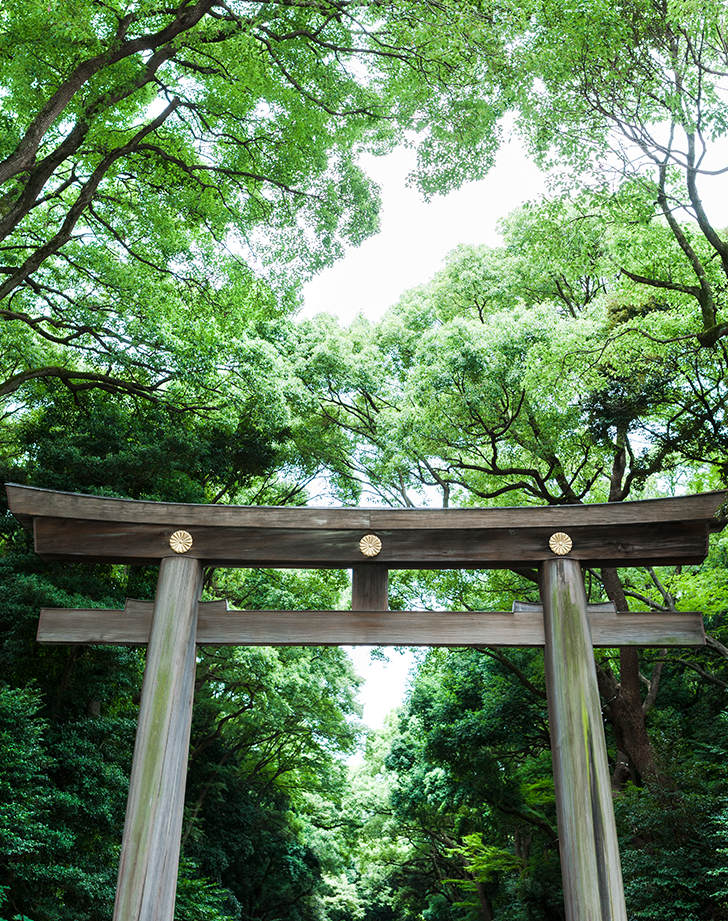 6. Walk Slowly Through the Meiji Shrine

The Meiji Shrine, dedicated to Emperor Meiji and his wife, Empress Shōken, is located in the nearby Yoyogi Park, perfect for a relaxing jaunt after the bustle of Harajuku.

7. Sip On Tea in Hamarikyu Gardens

Find more peace in the Hamarikyu Gardens, a picturesque public park where you can enjoy hot matcha in the teahouse or cross your fingers for a glimpse of the cherry blossoms.

8. Paddle Through the Cherry Blossoms

For those traveling to Japan during cherry blossom seasons (which is usually late March or early April depending on the region), Chidorigafuchi Park is an ideal destination for the pink blooms. Rent a boat at the Chidorigafuchi Boathouse to paddle around under the trees. 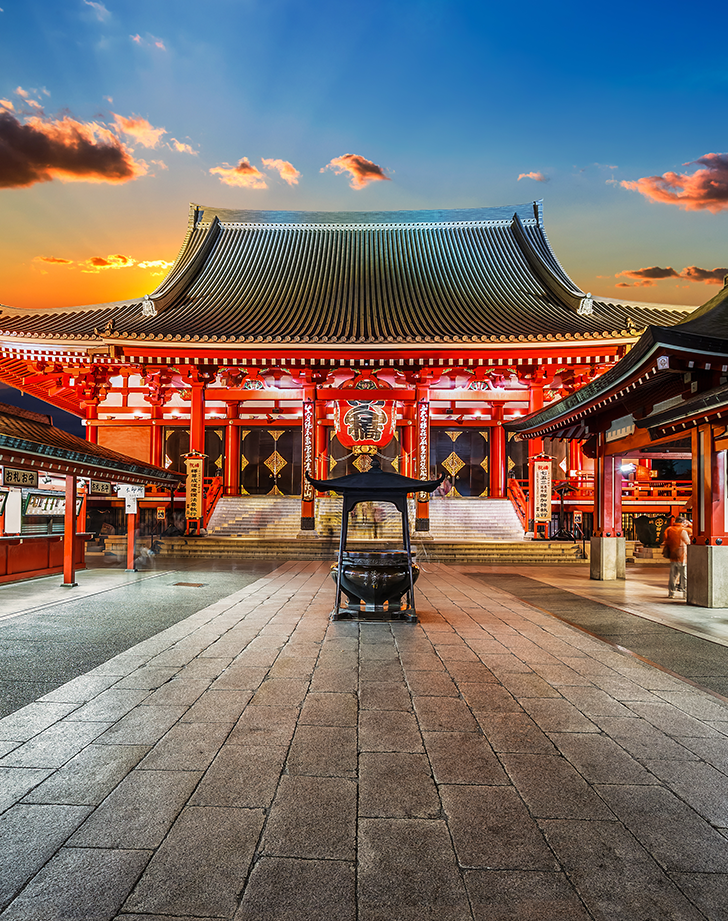 Sensō-ji is an ancient Buddhist temple (the oldest in Tokyo) and gives visitors a chance to learn about the history of Japan.

For a different sort of tour through town, hop in a Mario-themed Go-Kart at MariCAR, where drivers even get to dress up like their favorite character.

Tsukiji Fish Market is a crowded maze of shops, food sellers and small sushi restaurants (some of which are standing room only). It’s no longer the official fish market of Tokyo, but there’s still plenty to see—and taste.

Learn to make your own sushi nearby at Tsukiji Cooking, which offers tours of the fish market paired with cooking lessons.

You’re about to eat—a lot—so venture into one of the spin classes at Feel Cycle, Japan’s answer to Soul Cycle.

In Japan every type of dish gets its own specialized eatery, so it’s essential to seek out each one individually. For traditional tempura make a pilgrimage to Mikawa Zezankyo, an intimate spot with carefully crafted dishes that will make you gasp with amazement. Book well in advance of your visit.

15. Order Up Some Matcha Ice Cream

No trip to Tokyo is complete without matcha ice cream, and you’ll find some of the best at Nanaya Suzukien, a shop that serves seven levels of the rich treat. 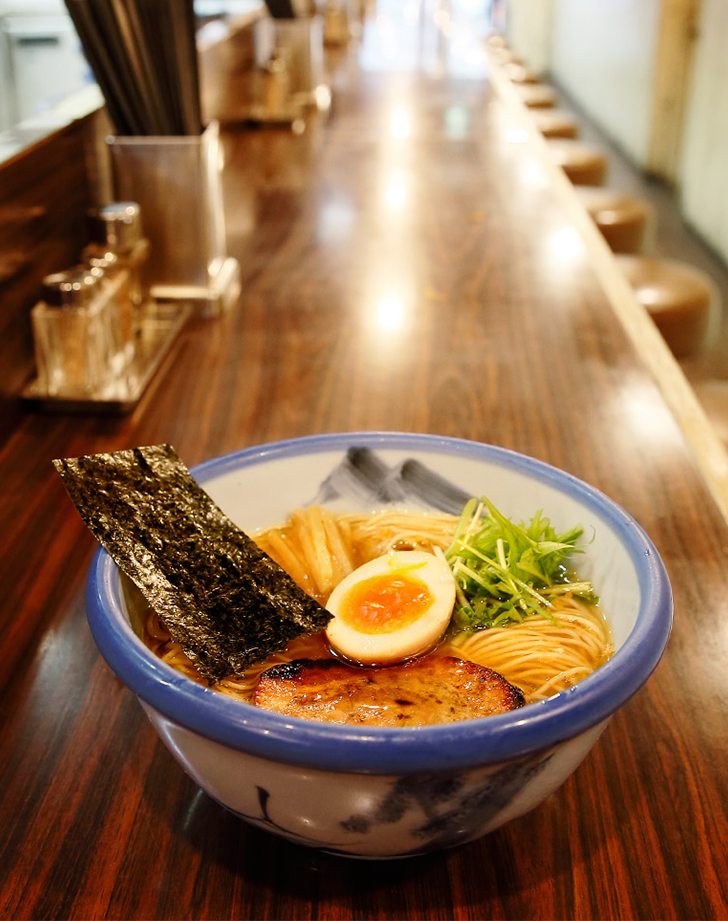 There are dozens of ramen spots in Tokyo, but you’re going to Afuri to order the Yuzu Shio Ramen with charcoal-grilled pork. The lines can be long, so aim to go after midnight for a late-night indulgence.

If that doesn’t fully satisfy your ramen cravings, grab another bowl at Tsuta, the world’s first Michelin-starred ramen spot.

For a quick round of sushi without the fuss (or the massive price tag), head to Kaiten-sushi Nemuro Hanamaru on the 10th floor of Tokyu Plaza Ginza. It’s conveyer belt-style, but you can also send in custom orders via slips of paper.

For a longer, more high-end Japanese meal, book a table at Kazahana and opt for one of the set dinner menus, where each course is more memorable than the next.

20. Splurge on a Wagyu Beef Sandwich

If you’ve been saving up your paychecks, consider splurging on a Wagyu beef sandwich at Wagyumafia, which boasts perfectly marbled cuts that come at a variety of (high) price points. 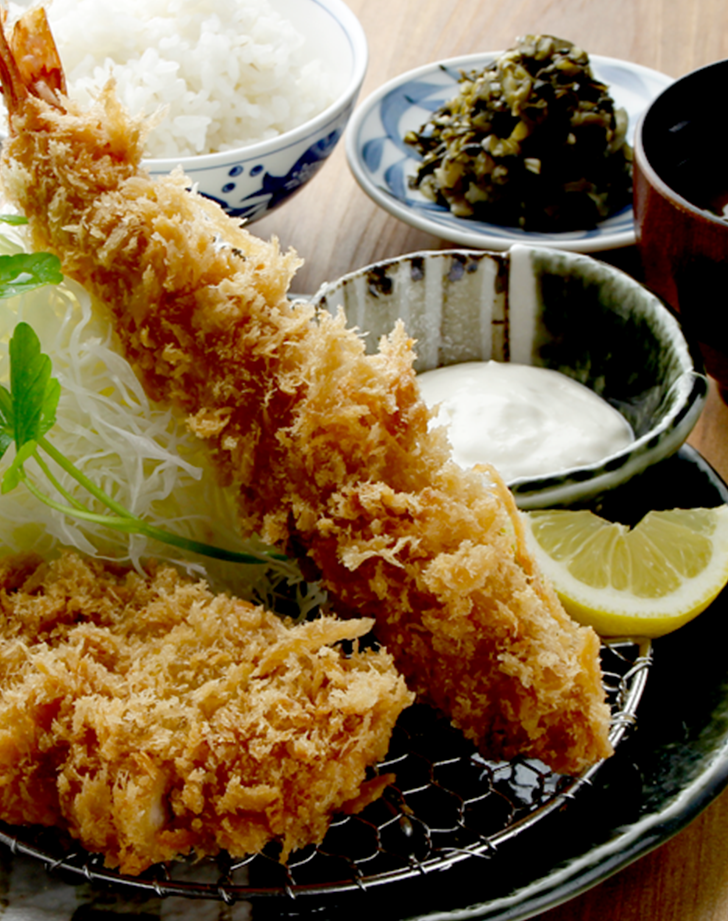 Bite into a piece of crispy katsu pork at Katsukura, a chain that delivers only a few dishes absolutely perfectly.

22. Find Your Way to a Secret Michelin-Starred Restaurant

For yakitori, aka skewer grilled meat, indulge in the tasting menu at Ranjatai, a Michelin-starred eatery hidden in the backstreets of Jinbocho. Tip: Ask the hotel concierge to help with this booking ahead of your arrival in Japan.

If you need a respite from Asian offerings, try one of the wood oven pies at Savoy Pizza, best known for appearing on Netflix’s Ugly Delicious. 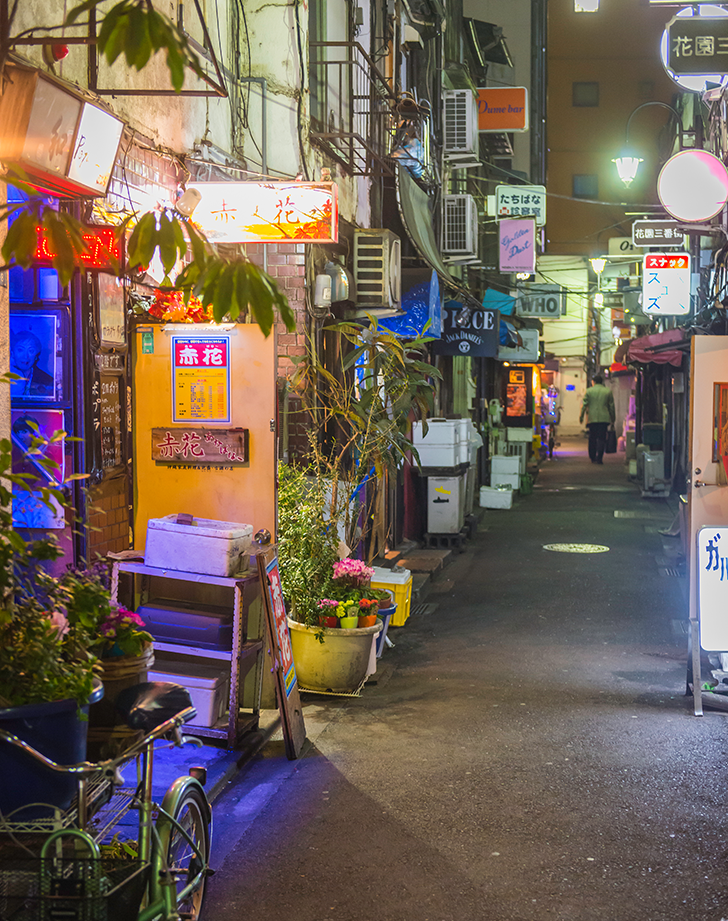 24. Adventure into the Bars of Golden Gai

Later in the evening, explore the tiny izakaya bars of Golden Gai, a set of narrow alleyways in Shinjuku where it’s mostly locals and very little English.

25. Go Underground for a Great Cocktail at Star Bar

For an immaculately made cocktail with mind-blowingly clear ice, descend underground to Star Bar in Ginza.

26. Cozy Up with a Drink at Bar Trench

A less formal cocktail bar experience, but just as tasty, can be found at Bar Trench in Ebisu, a living room-like spot with creative drink options.

Or, you can forget the classy cocktail bars and imbibe at Robot Bar, where robots fight each other while you drink.

28. Show Off Your Pipes at Karaoke

Unleash your best Queen rendition at Karaoke Kan, a chain of karaoke spots (which was made famous by Lost in Translation).

29. Revisit the That 'Kill Bill' Scene

Speaking of movies, a boisterous good time can be had at Gonpachi Nishiazabu, a restaurant used to film the climatic fight scene in Kill Bill: Volume 1. It’s touristy, but the food and atmosphere are fun.

At the movie-themed cocktail bar The Whales of August, the bartenders will create a fun drink based on most well-known films. 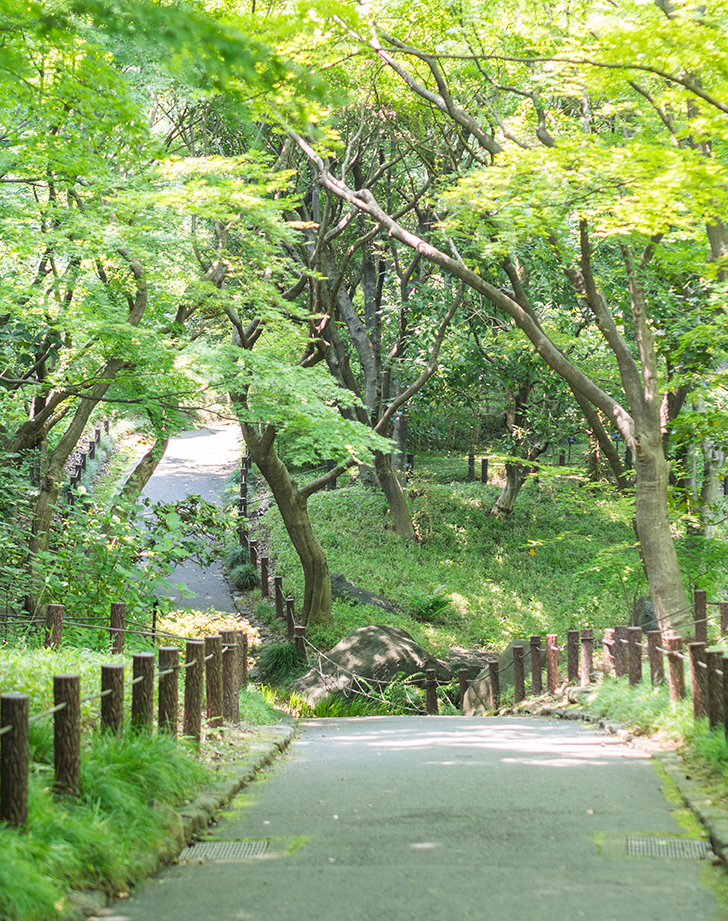 31. Catch a Concert at Nippon Budokan

Music buffs should make time for the Nippon Budokan, a temple-like music and martial arts venue located in Kitanomaru Park.

When you’re ready to soak in some culture, start at The National Art Center Tokyo, which displays rotating special exhibitions of both Western and Japanese artists.

Explore the multi-sensory rooms at teamLab Planets, an immersive, high-tech art installation that is endlessly Instagrammable.

34. Hop Over to teamLab Borderless

And then head over to teamLab Borderless, which offers a similarly mind-blowing experience (and yes, you’ll want to go to both). 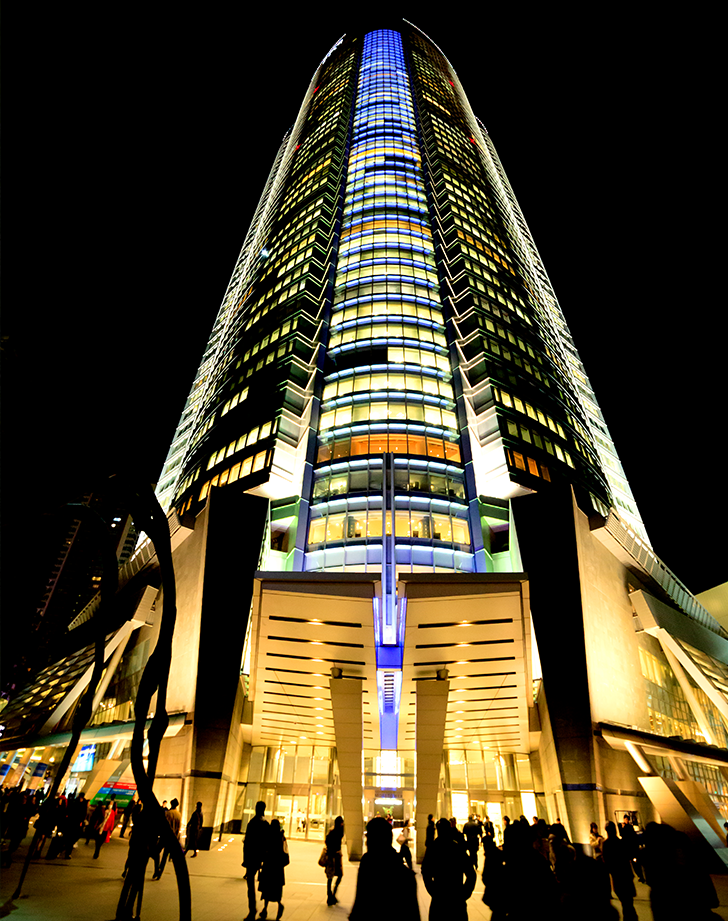 35. Hit Up the Mori Art Museum and the Mori Tower

Purchase a combo ticket at the Mori Art Museum to visit the frequently changing contemporary exhibition, as well as Mori Tower, which offers 360-degree views of Tokyo.

36. Nab a Ticket to the Yayoi Kusama Museum

Fans of Yayoi Kusama should reserve an online ticket for the artist’s own Yayoi Kusama Museum, which opened in 2017.

37. Get Artsy in Nakameguro

Head to the neighborhood of Nakameguro, a cool, artsy area filled with cafés and boutiques, great for a stroll or some shopping.

Block out a few hours for a shopping spree at Don Quijote (known to locals as “Donki”). It’s basically the Japanese answer to Target, except it’s crazier and packed to the brim with amazing buys like black face masks, wasabi Kit-Kats and neck pillows shaped like crotches.

39. Feed Your Sweet Tooth at the Kit Kat Chocolatory

For more unusual Japanese Kit-Kats (and you’ll want to find every flavor), visit the Kit Kat Chocolatory, where you can find super upmarket versions of the chocolate bar.

40. Channel Your Bookworm at Daikanyama T-Site

Scour the shelves at Daikanyama T-Site, a beautifully designed bookstore that feels like an art gallery. 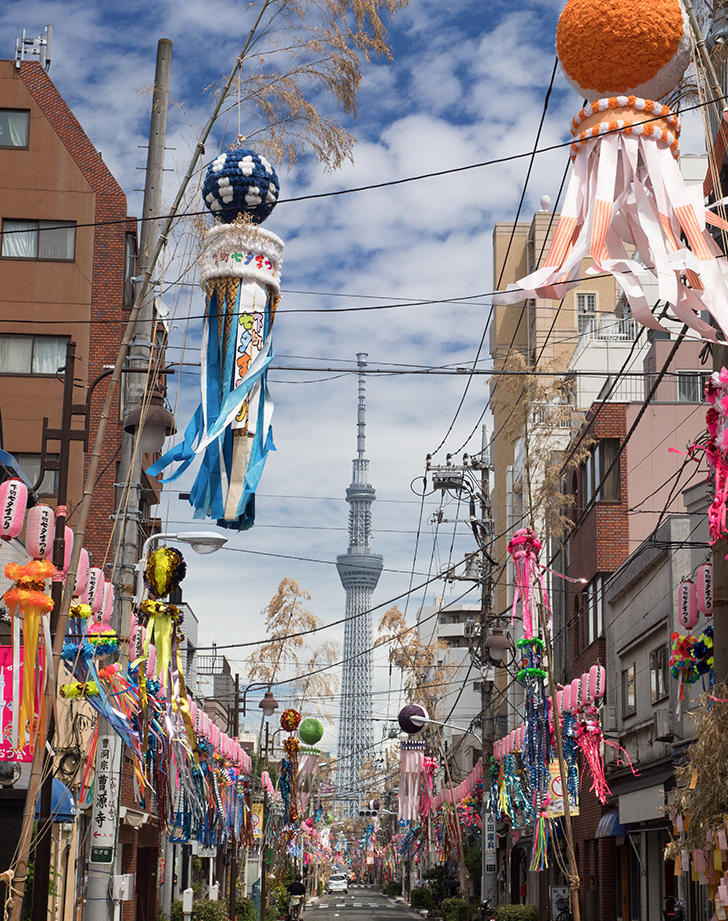 For something more unusual, peek in the shops along Kappabashi Street, a shopping area for the restaurant industry where stores are filled with fake food displays created to replicate actual dishes.

To experience real-life sumo wrestling, buy a ticket to one of the matches in Ryogoku Kokugikan, an arena that often hosts sumo tournaments.

For a traditional kabuki play, visit the Kabukiza Theatre in Ginza. 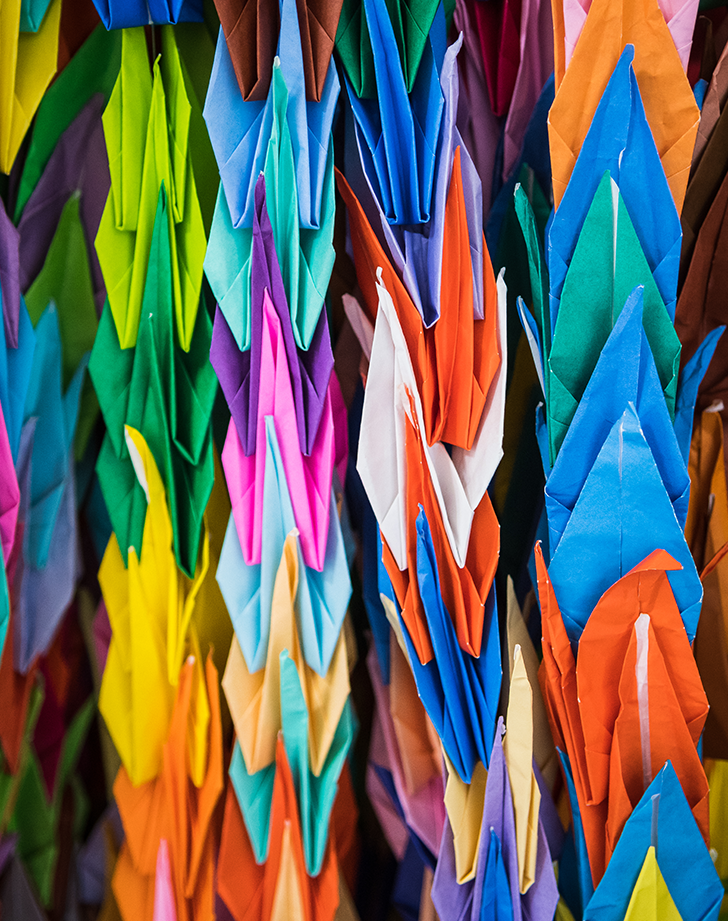 Try your hand at an origami class at Origami Kaikan, a shop and gallery dedicated the folded paper craft.

45. Dip in a Japaense Onsen

Experience a Japanese onsen (hot spring) at Ōedo-Onsen Monogatari, an “onsen amusement park” in Odaiba where you can shop and eat after your soak. Note: If you are visibly tattooed, you’ll sadly need to skip the public onsen baths.

For a snack, seek out one of the two Tokyo outposts of Dominique Ansel Bakery, which feature Tokyo-only special treats. The location in Omotesando is especially nice and surrounded by cool shops and eateries.

Speaking of desserts, Shiro-Hige’s Cream Puff Factory is a whimsical place to chow down on Totoro-shaped cream puffs (although they’re so cute you may have trouble biting their heads off).

Order a coffee at Switch Coffee Tokyo in Meguro, which roasts its own beans.

49. Have One Last Matcha

Or sip a matcha latte at Chachanoma in Omotesando.

50. Dine at a Michelin-Starred Restaurant

Finish your adventure off with dinner at the two-Michelin starred Sushi Sawada, which you’ll have (hopefully) booked months ahead of the trip.

50 of the Best Things to Do in Paris