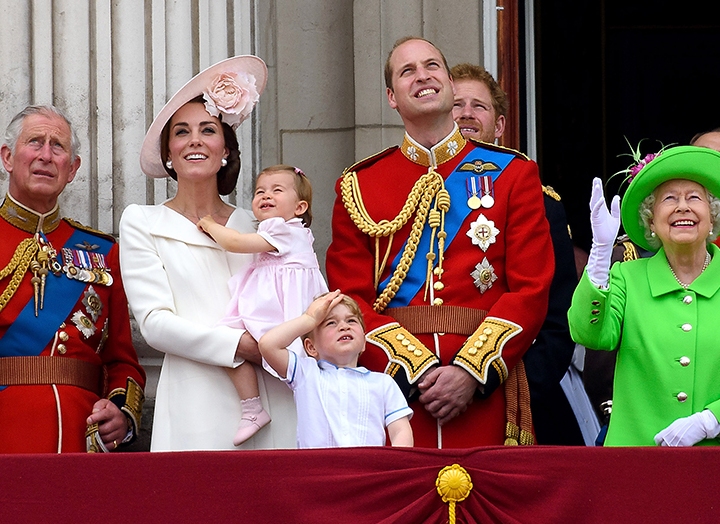 Eclipse season is upon us! Happening once every six months, eclipses bring endings, resolutions and catharsis. Whatever we’ve been resisting can no longer be avoided. Eclipses speed up the timeline and force us to make progress, whether we’re ready or not. Looking into the astrology of the upcoming total lunar eclipse in Taurus on November 19th, I noticed that it was hitting the charts of both Prince Charles and Queen Elizabeth II directly, meaning we should look out for drama in the royal family. Here’s how it’s hitting both of their charts and what we might expect.

But first, what even is an eclipse?

An eclipse takes place when one celestial body (the sun or the moon) moves into the shadow of another, obscuring that body’s usual light. In ancient times, eclipses were highly malefic events. Think about it: You’re living in a society with no electricity, relying only on sunlight, and suddenly it gets dim—and then completely dark—in the middle of the afternoon? The light returns after a few minutes, but meanwhile, tiny shadows collect around you like falling leaves. Horrifying! Or, you waited all month for the night of the full moon so you could enjoy an evening festival with your neighbors only to look up and see that the moon is blood red? Not only is your vision obscured, but you’re worried that you’ve been possessed by a demon? Though eclipses no longer disrupt our day-to-day life in such an extreme way (though who didn’t skip a few hours of work to watch the Great American Eclipse in 2017?), they correspond with times that aren’t “normal.” Business doesn’t proceed as usual.

In ancient times, eclipses were also regarded as particularly dangerous for royals. The sun and the moon were the sky’s king and queen after all, and one of them being eclipsed (especially a solar eclipse) meant that the rulers were in danger. Some palaces would remove the king from the premises during an eclipse, putting in a substitute to keep the monarch safe from malaise, injury or death. Though the British royal family are just figureheads at this point, because of their elevated social status, they’re still vulnerable to the upheaval that comes with these strange times.

Prince Charles celebrates his birthday November 14th. He was born just before a full moon in Taurus that was almost an eclipse, so this is very personal for him. The eclipse lights up his tenth house of career and public image, a part of the chart which represents a peak or culmination of events. In mundane astrology, the tenth house is the king himself! This eclipse could be a literal coronation for Prince Charles. At the very least, we’ll definitely see his name popping up more than usual in the news. Because he also has the moon (mother) in Taurus, this isn't’ only about him. It’s also about his mum.

Now, let’s take a look at what’s going on with the queen. The queen was born with Saturn in Scorpio on the Midheaven (the “career point” in astrology). This aspect gives her a certain je ne sais quoi, while also providing lasting power and making her utterly resistant to ever relinquishing it. The queen also has a Mars-Jupiter conjunction in Aquarius, which speaks to her confidence and tenacity. Mars and Jupiter are opposite dreamy Neptune, so that relentless ambition is also immune to criticism. The queen was born to break the mold, normalize it and keep out of the gossip columns (even if she was putting everyone else on the front page). November 19, 2021’s total lunar eclipse is at 27º Taurus and makes hard aspects to all of these seemingly untouchable parts of her birth chart. This eclipse challenges her sovereignty, leaves her susceptible to slander and compromises her energy. Because this eclipse also falls in her fifth house of children, let’s just say...the call is coming from inside the house. It’s her offspring who are (likely) revealing her weaknesses and leaving out her dirty laundry.

With this eclipse at 27º Taurus, it lines up with the moon in Prince Harry’s birth chart and Venus in the chart of both Prince William  and Princess Diana. (Yes, birth charts keep working posthumously!) Both Harry and William may see shakeups in their relationships (Venus), especially amongst the women in their lives (moon), particularly mother figures.

As far as Princess Diana, Venus is the ruler of her Midheaven (or “public image”) so it’s fascinating that this season coincides with the release of Spencer, as well as the resurrection of her legendary sheep sweater! Venus falls in Diana’s sixth house of thankless work, evidence that this is only the beginning of untangling her story and restoring her image.

The effects of eclipses play out over the course of six months, so though we may get a blast of news about the royals next week, we may not see the full picture of what’s happening until early 2022. There’s also an eclipse on May 16, 2022 at 25º Scorpio which is a mirror image to November 19’s eclipse. Falling almost exactly conjunct the queen’s Midheaven and Saturn, by then the challenges to her power and image will be unavoidable.