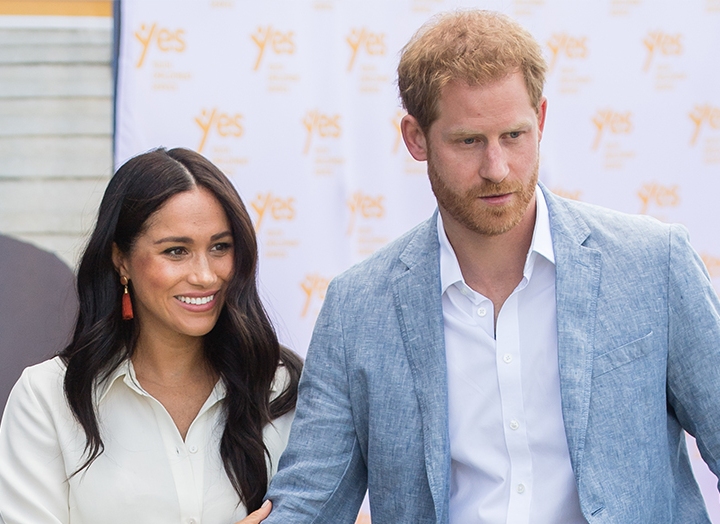 Part of the Stop Hate for Profit campaign, the boycott comes as a result of the media company not doing enough to fight hate on their digital social platforms. “Let’s send Facebook a powerful message: Your profits will never be worth promoting hate, bigotry, racism, antisemitism and violence,” the official website reads. And according to Town & Country, Harry and Meghan are in full support of the movement, which has already gained backing from companies like Coca-Cola, Honda and Levi’s.

“As we've been developing Archewell, one of the areas The Duke and Duchess of Sussex have been keen to address is online hate speech, and we've been working with civil rights and racial justice groups on it,” a source told the outlet. “Over the past few weeks, in particular, this issue has become even more vital and they have been working to encourage global CEOs to stand in solidarity with a coalition of civil and racial justice groups like the NAACP, Color of Change, and the Anti-Defamation League, which are calling for structural changes to our online world.”

They’ve also been encouraging CEOs across a variety of industries to support civil rights groups. The source continued, “For a long time, The Duke and Duchess of Sussex have been working on how to move the tech industry in a more humane direction,” and that they “believe there is an urgent and pressing need to remodel the framework of our online public spaces.”

The NAACP shared their gratitude toward the couple on social media in response to their support. “We are grateful for the leadership of the Duke and Duchess of Sussex in recognizing the importance of solidarity in this moment,” the organization wrote in a tweet. “Your commitment to truth, justice, and equality are appreciated.”

If it wasn’t already taken down, we bet Harry would have removed his “Spike Wells” profile in protest.