Netflix’s ‘Dead to Me’ Officially Renewed for Season Two, with Christina Applegate and Linda Cardellini Returning 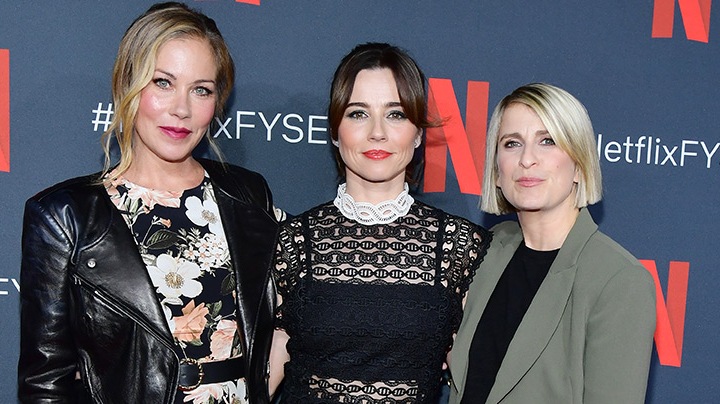 Big news for Dead to Me fans: Netflix has officially renewed the series for season two.

Yup, the dark comedy, which stars Christina Applegate and Linda Cardellini, will be coming back with both actresses returning as the main characters. Creator Liz Feldman (2 Broke Girls) ﻿will also be returning as showrunner and executive producer.

The first season follows Jen (Applegate) as she struggles to cope with the unexpected hit-and-run death of her husband. When she meets and befriends Judy (Cardellini) at a support group, the two quickly hit it off. But as their relationship progresses, Judy’s secrets began to plunge the duo into some dark places.

We won’t give away all the details, but the end of season one left us off with a major cliffhanger, so we were pretty hopeful we'd be getting a second installment—and Netflix delivered.

Feldman previously teased the renewal in an interview with Entertainment Weekly, stating that the two friends’ relationship would become even more complicated.

“It will be about the further exploration of this friendship, and relationship, and now very complicated dynamic, or even more complicated dynamic between these two women,” Feldman previously told EW. “What I wanted to do was create a situation where they’re forced together, and they need each other now in some ways more than they did at the beginning of season 1.”

If you need us, we’ll be here patiently waiting for a release date.