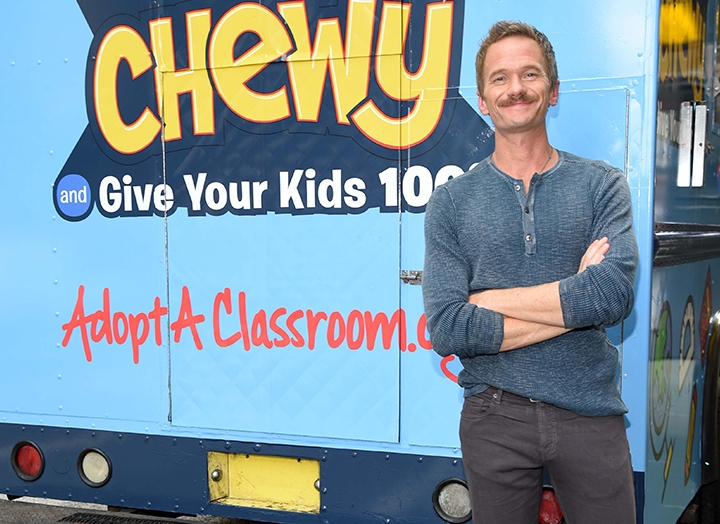 Neil Patrick Harris is no stranger to Broadway, but it’s hard to believe that it’s already been a cool five years since he last graced the stage. (Who could forget his epic performance as Hedwig in Hedwig and the Angry Inch circa 2014?)

PureWow recently had the chance to ask Harris about any plans to return to Broadway. He was in New York City to promote his partnership with Quaker Chewy and their back-to-school initiative to provide kids with a wholesome, delicious snack, but also help teachers through AdoptAClassroom.org.

So will he come back to Broadway? Yes, but this time, his role will be behind-the-scenes. “I don’t have anything [onstage] coming up just because the commitment for that is so long and, especially as a dad, it can be hard to do eight shows a week including two on weekends. It’s rough,” he says. “But I am directing a musical called Make Believe that’s going to be going to Broadway eventually.”

What’s the show about? “It’s sort of about young magicians from different walks of life going to Las Vegas to compete in a competition to be the best kid magician,” Harris explains. “That means it will be part magic show, too. It’s in the early stages.”

Fascinating stuff, especially coming from a magic pro. (Harris is the author of The Magical Misfits series, after all.)