For their first solo engagement without their husbands, Meghan Markle and Kate Middleton, Duchesses of Sussex and Cambridge, attended Wimbledon as royal sisters-in-law, and their weekend outfits were total aces (even after the final serve was hit). 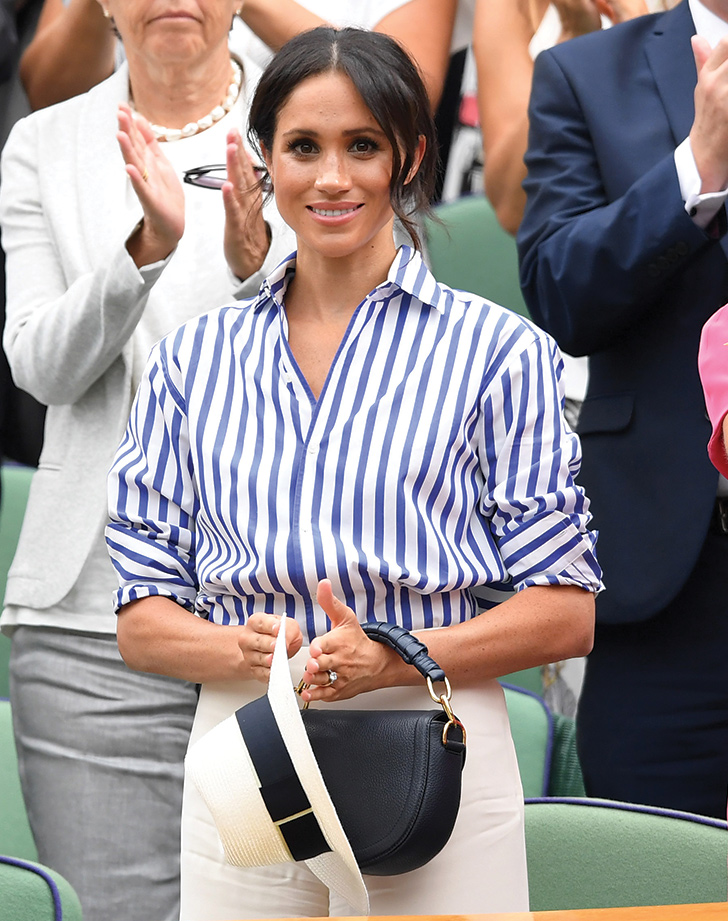 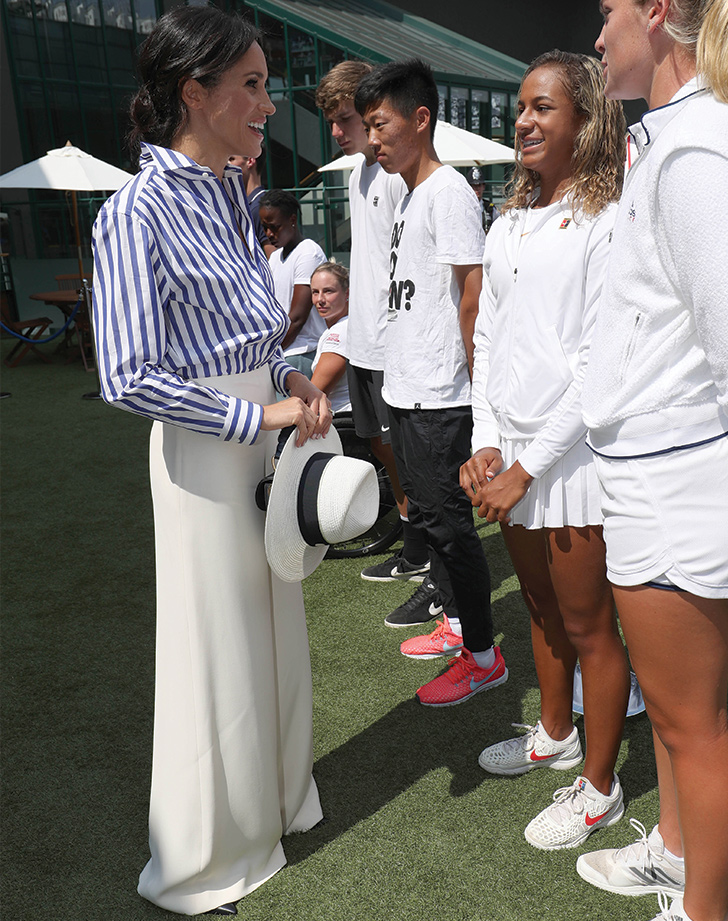 While we love that Markle broke from the typical royal tradition of only wearing dresses (save for a Givenchy pantsuit during her recent trip to Ireland) to don a pants-and-top ensemble for Wimbledon on Saturday, the story behind her choice of designer for the occasion is the best part.

Supposedly, the last time the Duchess of Sussex attended Wimbledon was back in 2016 and right around the time when Markle first met Prince Harry. She attended the tourney as a guest of Ralph Lauren, and it was one of Prince Harry’s friends who works in public relations for Ralph Lauren, Violet von Westenholz, who introduced the two, according to E! News. The rest is (royal) history. 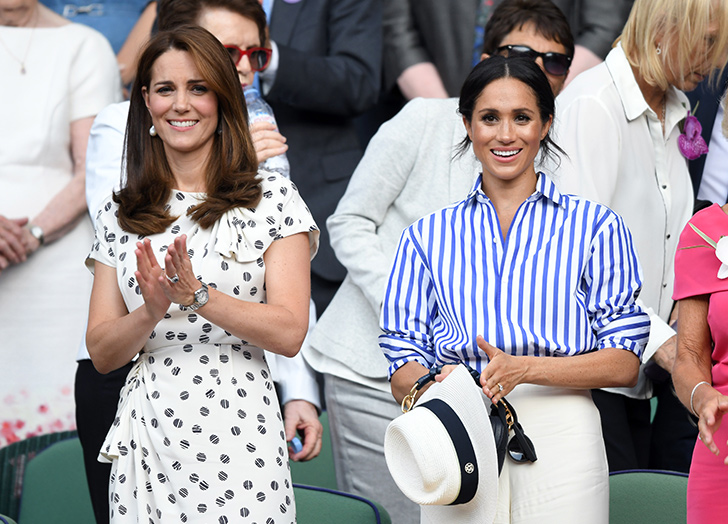 Middleton wore a Jenny Packham polka-dot dress on Saturday to cheer on Serena Williams (a good friend of Markle’s) by her sister-in-law’s side. Although Williams lost to Angelique Kerber, the two duchesses were brought to tears by Serena’s super-sincere speech at the end of the match. 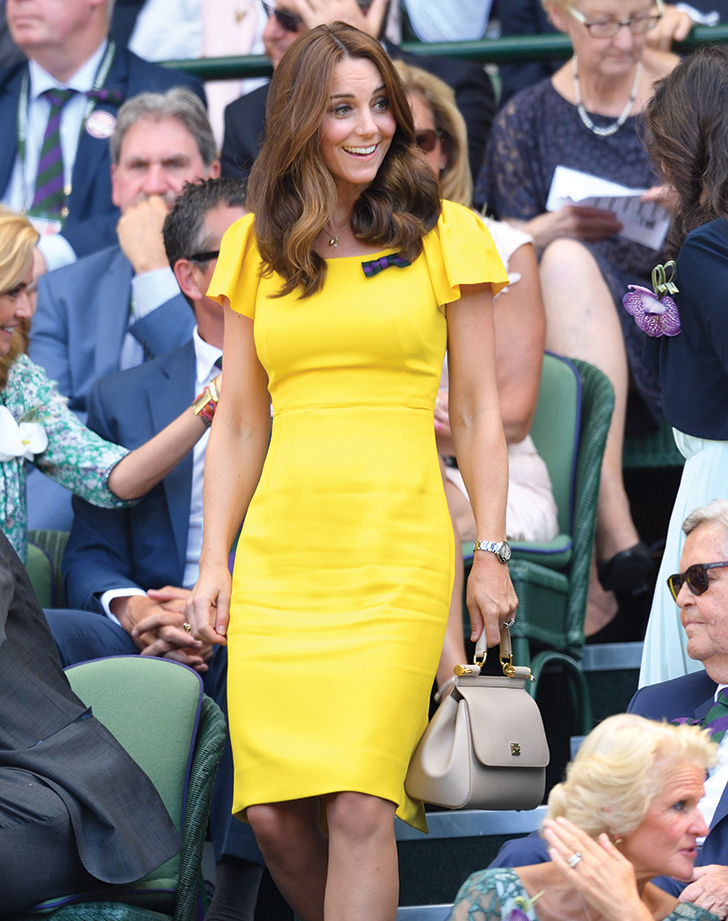 Oh, hello, yellow. But then, the Duchess of Cambridge's bright canary Dolce & Gabbana sheath dress (retails for $1,260) stole the show at the men's Wimbledon finals on Sunday, which Middleton attended with husband Prince William.

Ladies, we're tennis-clapping so hard for these fashions, so please keep 'em comin'.