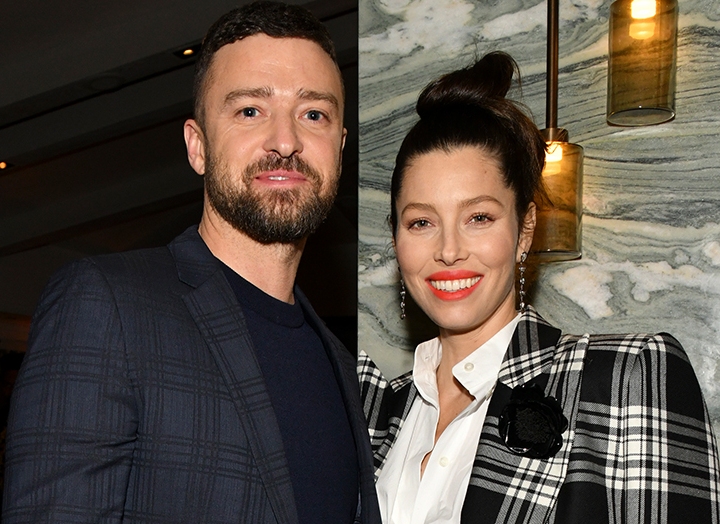 Congratulations are in order for Jessica Biel and Justin Timberlake. The couple has officially welcomed their second child together, according to a longtime friend of the NSYNC alum.

While Biel and Timberlake have yet to announce the baby's arrival, earlier this week, Brian McKnight confirmed that the 38-year-old actress secretly gave birth to a baby boy alongside her singer/songwriter hubby in an interview with Hollywood Life.

"Having kids and having his family, I think [Justin] took some time to focus on those things because those things are very important," McKnight told the outlet. "I think if he’s going to do music, he’s going to make sure that that's secure, and then he'll bring us into his music. And being inspired! He just had a new baby. I think that's going to be really inspiring for him and he'll have some new music based on that, I'm sure."

The Daily Mail originally broke the news late last month. According to the outlet, the whole family (including Biel’s mother, Kimberly Conroe) has been residing at their home in Big Sky, Montana. In addition to a tip from a family friend, the Mail notes that Biel has not been photographed publicly since March and has maintained a low profile on social media.

However, on Father's Day, she posted a shot of Timberlake and their 5-year-old son, Silas, and Timberlake with a sweet message. "To the dad who not only protects and provides but most importantly, PLAYS, and puts up with all our shenanigans. And teaches and guides and comforts and accepts and respects,” she captioned the Instagram snap. “Being a dad can sometimes be a thankless job, but today we hope you know how important you are in our lives. We love you forever and ever and a day. Love mom and Silas."

This the second child for the couple who tied the knot in 2012 and later welcomed their first son in April 2015.

Congrats to the happy couple! Now if we could just find out the name...