Jamie Lee Curtis is saying goodbye to her Halloween franchise, and the scream queen recently got emotional in a new Instagram video, where horror fans thanked her for the work she's done in the slasher series.

On October 14, the 13th installment— Halloween Ends—landed in theaters and on Peacock. And as a part of the celebration, a new clip was posted to the film's official Instagram account, where they wrote, “Thank you to the greatest Final Girl of all time, @jamieleecurtis. From, your fans [jack-o-lantern emoji]. #HalloweenEnds now in theaters and streaming only on @Peacocktv.”

The video was composed of various viewers sending their love to Curtis, who plays Laurie Strode in the films. “You're the greatest Final Girl in the world,” one fan said. “You mean a lot to myself and horror fans and film fans across the world,” another one added.

As these compliments kept pouring in, a clip of Curtis was playing in the corner, where she visibly became more and more emotional as the video went on.

Toward the end, Curtis started to cry and said, “Thank you guys.”

For those who are unaware, the “final girl” is a trope in horror films, where one woman is left to challenge the killer, and she has historically been the one who survives to tell the tale.

Curtis closed the video by saying, “It's obviously hard, all of it is hard and saying goodbye and nobody wants to say that. So, I won't say that. I'm just going to say thank you. It's a legacy that I'm very, very proud is attached to me and one that I treat with a lot of respect. So, Happy Halloween everybody. God bless you all. Thank you for everything.” 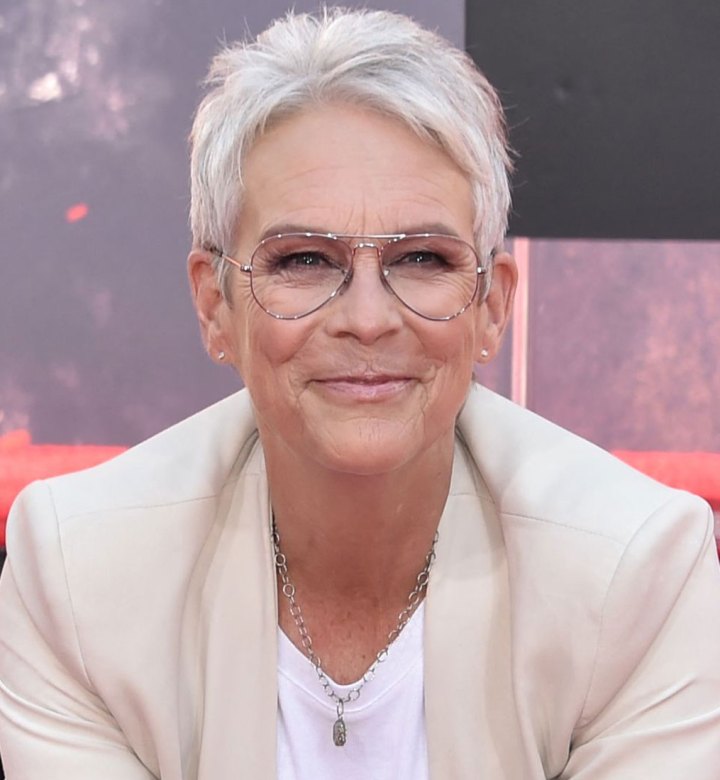 Thank you for the iconic films (and scares), Jamie.