Since 2020, Halle Berry has been in a relationship with singer-songwriter, Van Hunt. During that time, Berry has expressed her love for Hunt on Instagram, posting pics with him and saying, “This ain’t no lukewarm kinda love.” Last year, Berry was even treated to a birthday serenade from her musical boyfriend.

But while it's clear the 55-year-old actress is enamored with Hunt, she just revealed that her son, Maceo Martinez, 8, gave his seal of approval too.

In a new interview with ﻿AARP﻿, Berry shared details about her relationship with Hunt. “I really believe I’ve found my person,” she confessed. “I fell in love with [Van] before I even met him.”

While saying this, Berry revealed that her son made a very sweet gesture to show his support for the couple. “My son, Maceo, of his own volition did this little commitment ceremony for us in the back seat of the car,” Berry said. “I think he finally sees me happy, and it’s infectious. It was his way of saying, ‘This is good. I like this. This makes me happy.’” 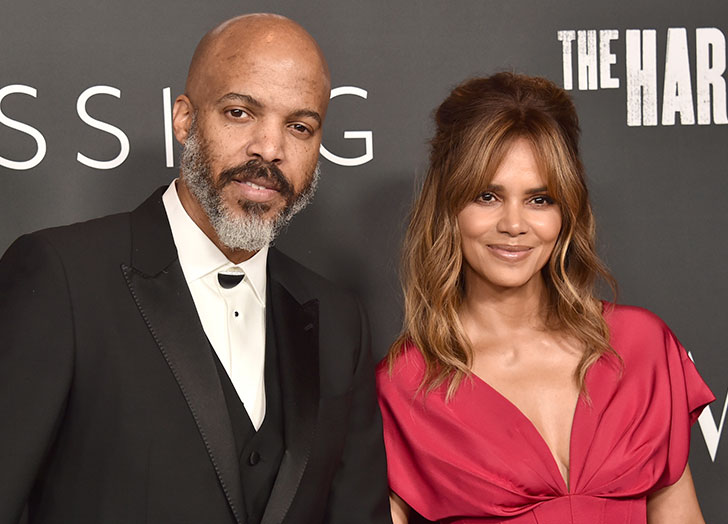 Berry added, “It was a very real moment for all of us. I teared up, Van was fighting back tears. Even Maceo knew he’d said something poignant. It meant a lot to us.”

Besides Maceo, the ﻿Bruised ﻿actress also has a daughter, Nahla Ariela Aubry, 13, while Hunt has a son of his own. Berry talked about how important it is that their respective children feel comfortable with their relationship, saying, “I have two children with two different fathers. Van has a son. As a mom living this modern, blended family, all I care about is that my kids are OK with the decisions I’m making.”

What a special way for Maceo to support Berry's relationship.