Leave it to Drew Scott to spice things up on The Drew Barrymore Show. 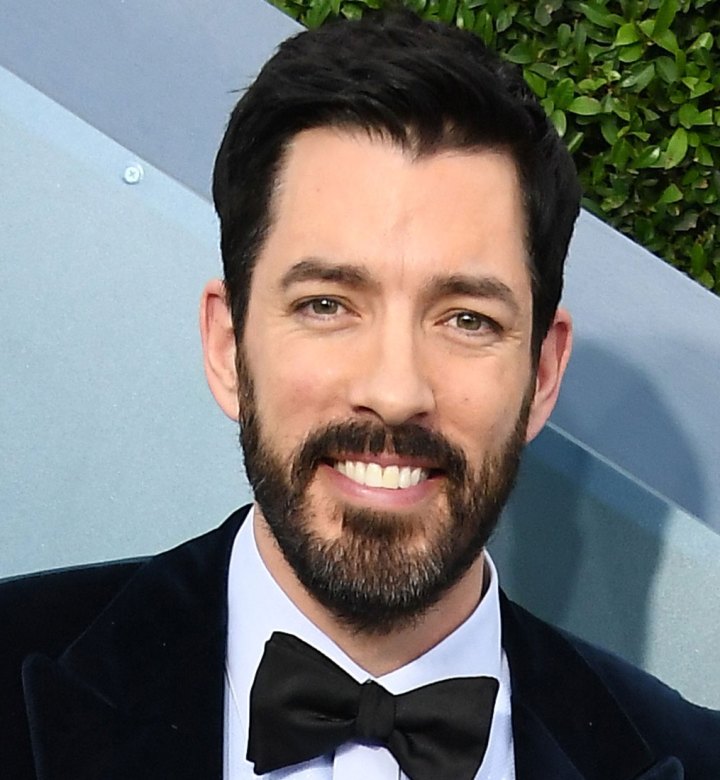 The Property Brothers star and his twin brother, Jonathan Scott, made an appearance on the talk show yesterday and went shirtless during a fun segment with former NFL player, Brandon Marshall. It all started with the audience encouraging Marshall to take his shirt off, which prompted Barrymore and the Scott brothers to start following suit. But fortunately for fans, Drew Scott's gesture was more than just a tease.

A post shared by The Drew Barrymore Show (@thedrewbarrymoreshow)

The show's official Instagram account posted a clip of the segment, which starts off with Marshall saying, "If I take off my shirt right now, some of you guys may say I'm in shape."

In response, Barrymore says, "I was thinking the same thing," before teasing fans by pretending to take off her jacket. But after some prompting by the audience, Marshall actually follows through. And naturally, the crowd (Barrymore included) goes wild.

Just a few seconds later, Drew (Scott, not Barrymore) treats fans to a little strip tease of his own when Marshall tells him to "take it off." With his abs on full display, Drew jokes, "I was a personal trainer 25 years ago."

His twin brother, Jonathan, also joins in by jokingly pretending to untie his belt, but Marshall was quick to stop him in his tracks.

This isn't the first time we've seen the TV personality show off his pecks on screen. Just last year, in an episode of Celebrity IOU, both Drew and Terry Crews teamed up with Jonathan for a construction project, which involved the former two jackhammering without their shirts on. (Yes, you read that right.)

Crews said at the time, "To see those guys trying to get shirtless, it was really great. They can't beat me there."

Even so, it looks like nothing will stop Drew from showing some skin... (And we're certainly not complaining.)

10 Surprising ‘Property Brothers’ Facts, Including Their Height, Net Worth & More