What is "Sell and Rent?" And Should You Hop on This Emerging Real Estate Trend?

Are you a homeowner? If so, indulge us in a thought experiment: Stop reading right now and type your address into Google, followed by Zillow, Redfin or Realtor.com. Now allow your eye to drift ever-so-slowly downward until you see the estimated value.

Higher than you’d expected, right? If you’re like most people, especially folks who have owned their homes for a few years, you have not paid close attention to the real estate market (because, you know, you’ve been engaged with family, career and a global health pandemic). But heads up, buttercup, because while you weren’t looking, a confluence of national monetary policy and individual investment behavior has sent home prices through roof, leading homeowners to sell their homes for maximum profit…and then hold on buying immediately. We’re calling the trend “sell and rent,” and we spoke to a realtor in one of the country’s top market to understand how it works. 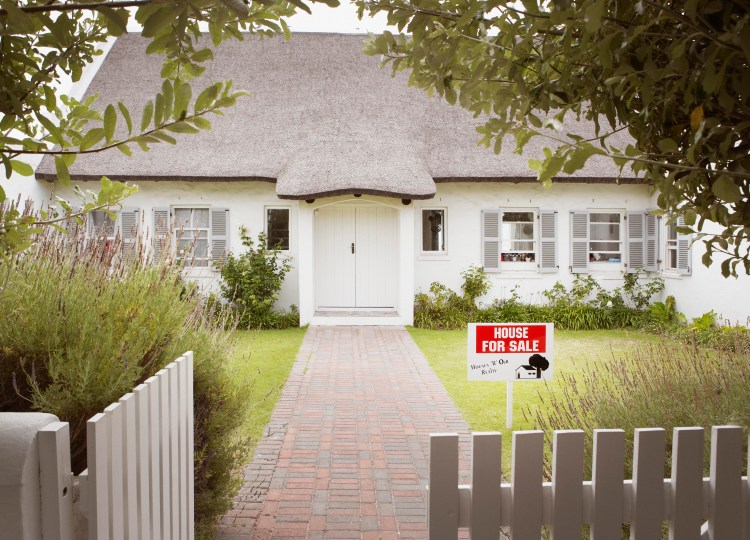 “We called the market from January 2021 to July 2021 on fire or overheated because too many buyers suddenly wanted to buy, and there wasn’t enough inventory,” explains Carol Huston, CEO of the Huston Group LA, a division of Sotheby’s International. For example, Huston says, a single home on the market in spring got 44 separate offers, and homes are regularly selling for $200,000 to $300,000 over their asking price. The veteran Los Angeles realtor says a number of market forces converged, resulting in exactly the opposite of the real estate downturn she and her colleagues expected at the beginning of the pandemic.

“Nobody saw this surge coming,” she says, remembering how the industry anticipated grinding to a halt, until “suddenly people are stuck at home in these beautiful open floor plan homes, with a big open living room, and they all just want a private room or a second office to call the school room.” Other sales motivators: She’s had buyers who have wanted to relocate from condos to a single family home for increased outdoor space, and people who wanted to move to be closer to parents.

So what do sellers do after the deed’s been turned over? Well, because prices have been higher than any time in the last 40 years, and interest rates lower than in the last 50 years, Huston has seen clients cash out now and rent until they anticipate the market cooling, or until they find a property to their liking. In the past few months, five of her clients have sold with a plan to rent short-term, including one couple who made a million dollars profit on the Valley home they lived in for 12 years. They’re now renting in Malibu for two years until they decide where they want to relocate. Other couples are taking advantage of new remote work flexibility, she says. “I have clients who have lived in their home for 40 years and want to downsize, reasoning they can live anywhere,” she says.

Thinking you might want to make money by selling your home, then renting? Ask yourself some basic questions, starting with determining if you’ve lived in your home long enough to balance out closing costs (between two and five percent of home price in California, for example). Ask yourself if you’re willing to uproot from your community (especially important if you have school age children). And determine if you would be willing to move twice—out of your current home and into a rental, then again into a home purchase at some point in the future. “People are afraid of the double move, having to move stuff into storage, then again into a new home” Huston says. “But sometimes, if you make a lot of money, it’s totally worth it.”

Tipping Is More Important Than Ever This Holiday Season: Here’s How Much to Give Everyone in Your Life 

Should You Rent or Buy? Here Are 3 Real Estate Insider Tips to Help You Decide  

Quiz: What's Your Next Money Move?

Is the Dream Job Dead? Gen Z and Millennials May Actually Agree on Their Answer