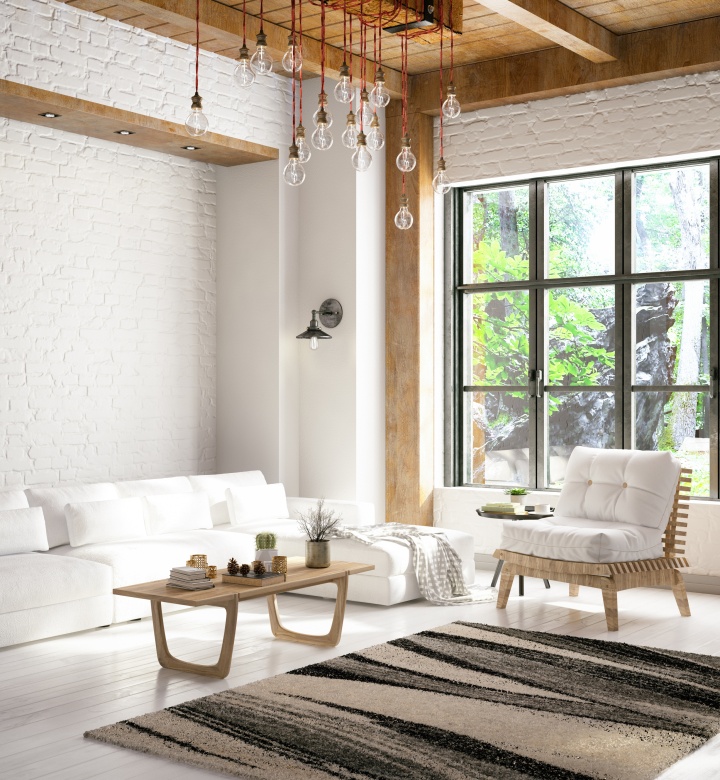 From wildfires choking West Coast breezes to the airborne virus particles carrying Covid-19, the air we breathe has never been more central to our attention. It would be nice to think you can hide from all these impurities inside your home but sorry, friends: Airborne particles actually get trapped inside our homes (not to mention potential chemical off-gassing from all those new home upgrades you have been so proud of). We spoke to the experts about a few quick and easy ways to purify the air in your space, from DIY solutions to more extensive (and expensive) home additions you might want to invest in. (Hey, the Los Angeles Times reports that clean air systems are the new real estate status symbol.) Take a deep inhale and read on to find out how you can breathe easier right away.

First off, know the terms: AQI means air quality index, which is a number from zero to 500 that basically tells you how easy the air is to breathe. Under 50 is good and greater than 300 is hazardous for even the healthiest lungs. The number is based on five environmental pollutants as recognized by the Clean Air Act. (So you’re looking at ground-level ozone, particulate matter, carbon monoxide, sulphur dioxide and nitrogen dioxide.) You might be thinking, hey I don’t need to worry about that chemical soup—but you especially do because ground-level ozone is a result of emissions from cars and industrial pollutants reacting with sunlight, and particulate matter (PM) includes debris in the air from fires. Think that’s just harmless smoke? Think again—Southern California air quality monitors said that the smoke from this fall's wildfires carried PM2.5 particles. These are smaller than a human hair and can enter the lungs and even the bloodstream. Short term, that can mean eye, nose, throat and lung irritation, coughing, sneezing, runny nose and shortness of breath. Long term? Increased respiratory and cardiovascular hospital admissions, chronic bronchitis and lung and heart disease. And it’s not just the wildfires we need to worry about—PM2.5 particles are also emitted from tobacco smoke, cooking at home and fireplaces.

7 Places to Enjoy a Drive-Thru Halloween in Los Angeles 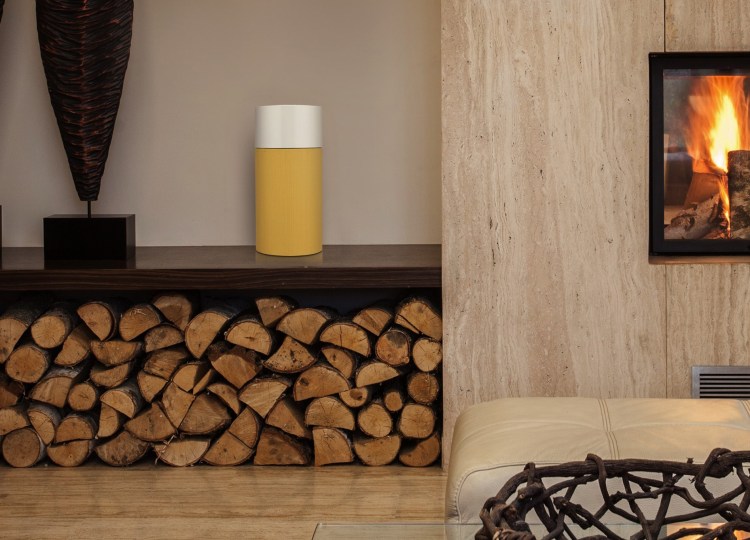 1. Install (or Make) an Air Purifier

So, the bad news is that the air outside is dangerous today. You’ve been told to stay inside and close doors and windows—but that’s just a start. What about the air that’s already inside? You need to purify your air, which sounds like a pricey enterprise. It’s not necessarily: you can attach a HEPA filter to a box fan and create a surprisingly effective air cleansing device. Alternatively, check out these 10 best home air purifiers on the market, including the controversial new nanotechnology deployed by sleek, upscale Molekule purifiers and the less-than-$250 Coway Mighty purifier that this editor has been using for the past three months and loves (my pet allergies are way less noticeable).

Note: All air purifiers are not created equal. For example, the state-funded California Air Resources Board cautions against operating a so-called ozone-generating air purifier, since ozone is the primary ingredient in smog and it can cause coughing, shortness of breath and impaired breathing. Instead, look for devices listed as mechanical, or electronic designs that emit less than .050 parts per million.

Silver lining department: Imagine our surprise when, during the middle of a recent heat wave, we called the AC repair tech and feared the worst. Was it the whole HVAC system? An important and expensive part needing to be ordered? Nope, the issue was a clogged air filter on our central air con’s return duct—that’s where the air is sucked into the system to be cooled then recirculated. When our air tech replaced it, he explained that the thin filters our home had been using were basically ineffective against all but the largest particles, and since our household has pets (and pet allergy sufferers), we should switch to a filter with a MERV rating of 10 or above. MERV stands for Minimum Efficiency Reporting Value, and I ordered a batch of MERV 13 filters on Amazon (after checking to make sure I had the right size for my air exchange opening). I'm planning to change them every month in my very dirty SoCal air, since now the house’s air feels much crisper and cleaner. 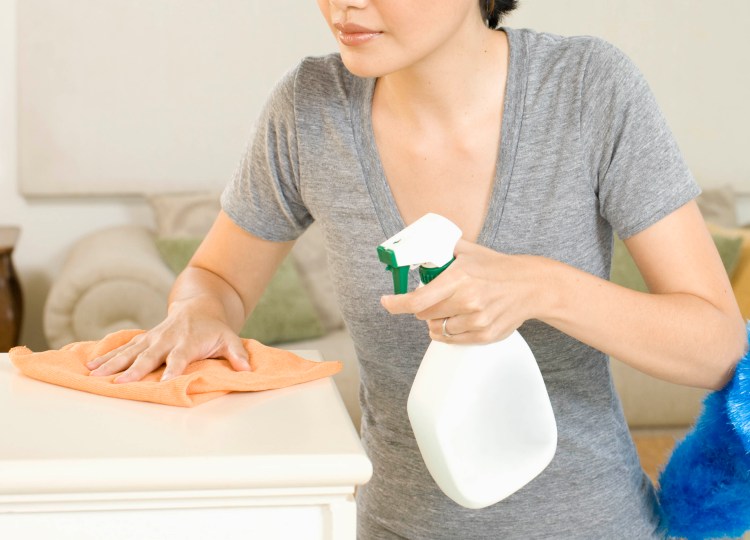 According to the American College of Allergy, Asthma and Immunology, the act of dusting can actually make allergies worse, since the cloud of dust stirred up can make sufferers sneeze, and get stuffy noses and watery or red, itchy eyes. To avoid dust and the tiny dust mites that feed off of it, avoid wall-to-wall carpeting, especially in bedrooms. If you’re the sufferer, wear an N95 mask while you’re cleaning (and for a couple hours after, while the dust settles); if a family member is sensitive to dust, it’s best to ask them to leave for the few hours it takes to clean the house. Get rid of unnecessary clutter, which is a dust magnet, and dampen your microfiber dusting cloth before swiping it across a surface, so that you’re not circulating the dust.

Air quality testers use laser beams and electrochemical sensors to determine pollutants in the air. While noted tech-testing site Wirecutter cautions against investing in a pricey air quality monitor since these devices only report and don’t remedy the problem, the site’s product testers allow that it can still be helpful to have a finer assessment of your home’s air quality than just looking up your neighborhood AQI. The Temtop M10 monitor is a sleek little cube that’s relatively affordable at $80 and detects particles in the air, volatile organic compounds and formaldehyde. One user said she had the monitor in a nearby room when she opened a bottle of nail polish and the HCHO (formaldehyde) and TVOC (total volatile organic compounds) numbers skyrocketed and didn’t go down for hours.

5. Use a HEPA Filter Vacuum Cleaner

You track in pollutants on your shoes, and your home is a veritable soup of dead skin cells, animal dander and whatever wafts in the windows from nearby roadways, according to Todd Nelson at Studio City Vacuum and Sewing. “There’s no point in having any air purifier if you’re just moving dust around with your vacuum,” he says, so he recommends skipping the bagless models because “almost all of them spew dust.” Look for a model that has a HEPA filter, in addition to other filters (i.e., charcoal for odors), such as a Miele model that uses its cloth dust bags as filters. While the expense of a high-end vacuum might be daunting (Miele, for example, ranges from $400 to $1,500), refurbished models are often available at licensed retailers for half the cost of a new model. 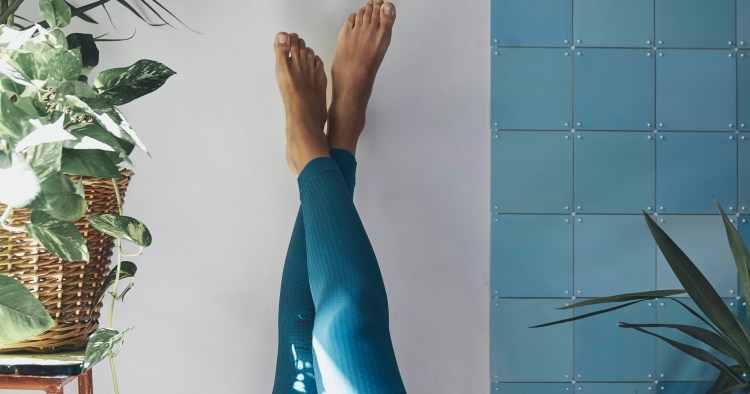 Recirculation is one of the best ways to clean up your air—you’re basically letting the chemicals and airborne toxins including viruses that are trapped inside waft away. As long as the exterior air isn’t full of fire smoke or exhaust from a nearby road, throw back your curtains and turn on the ceiling fan at least part of every day.

Plants for cleaner air? Not so much. There’s a commonly believed idea that plants improve the quality of indoor air. Makes sense right? Aren’t they supposed to take in CO2 and give off oxygen. Yes, this is true, but the theory that this has a net benefit in a household has recently been debunked. You’d have to put a jungle’s worth of plants in a single small room for them to make a noticeable difference, and still it would only be as effective as a standard office AC system. Oh well, variegated pothos, you had a good run.

7 Emergency Essentials You Should Always Keep By Your Front Door, According to Experts

home
by Destinee Scott
Need a Last-Minute Gift Idea Anyone Will Love? This MasterClass Subscription Deal Is Just Too Good to Miss
home
by Destinee Scott
Get Ready: Your Dream Wayfair Christmas Tree Deals Are Here (But Not for Long)
home
by Candace Davison
The One Thing the Property Brothers Want You to Know Before Buying a House in 2023 
home
by Sydney Meister
Sorry, Succulents—These Two Plants Are Taking Over in 2023
home
by Abby Hepworth
The 55 Best Gifts for Men (There, We Did Your Shopping For You)
home
by Paige Doepke Liwanag
20 of the Best Artificial Christmas Trees to Make Your Season Merry and Bright