How to Get Rid of Fruit Flies in the House

You can find them hanging out near the trash, swarming around the fruit bowl and even swimming in your evening glass of wine. Yep, we’re talking about fruit flies—the little bugs that can cause a big headache (and stomachache, too, for that matter). Fortunately, there are simple store-bought solutions to the problem, as well as all-natural DIY strategies that you can pull off with stuff you already have hanging out in your pantry. Here are five easy methods for how to get rid of fruit flies in the house.

Gnats and fruit flies have a lot in common—namely that they are both really tiny, gross and annoying. Although gnats and fruit flies look similar at first glance (or swat, as it were), it’s relatively easy to distinguish between the two if you look a little closer. According to the pest experts at Orkin, fruit flies and gnats differ in terms of color and body shape; they’re also drawn indoors for different reasons.

Fruit flies look a lot like a miniature version of the common house fly in terms of body shape—meaning that they’re relatively round with prominent, bulging eyeballs (ew). In terms of color, fruit flies tend to fall somewhere on the tan-dark brown spectrum. Gnats, on the other hand, tend to have pointier bodies and dangling legs (think: miniature mosquito); they also have far less noticeable eyes and are almost always dark gray to black in color.

Still not sure what you’re dealing with? Gnats feed on fungus and hang around soil, so they often enter the home by way of potted plants—and once they’re inside, that’s where you’re most likely to find them hanging out. Fruit flies, as their name suggests, are attracted to fruit—particularly the overripe or fermented variety. That said, both these pesky creatures procreate at an alarming rate.

Why Do I Have Fruit Flies?

Short answer: Produce and booze—plus the trash cans, recycling bins and sink drains that bear evidence of the two. The bummer about fruit flies (much like gnats) is that they make babies like nobody’s business, so even a minor infraction—say, a bunch of bananas that languished a tad too long in the fruit bowl—and your home can quickly become overrun by them. Fortunately, there are some effective DIY methods you can use to eradicate fruit flies, so take your pick (and then raise a glass to your success).

Ridding your home of fruit flies requires a coordinated effort that consists of first trapping the adult flies and then removing the food source for future generations. There are many effective DIY fruit fly traps you can put together; however, given the rate at which these buggers lay eggs, you’ll still be fighting a losing battle unless you tackle the source of the problem, be it a scuzzy sink drain or a rogue grape that got kicked under the fridge—so definitely do a deep clean to ensure success.

How to Get Rid of Silverfish, Once and for All 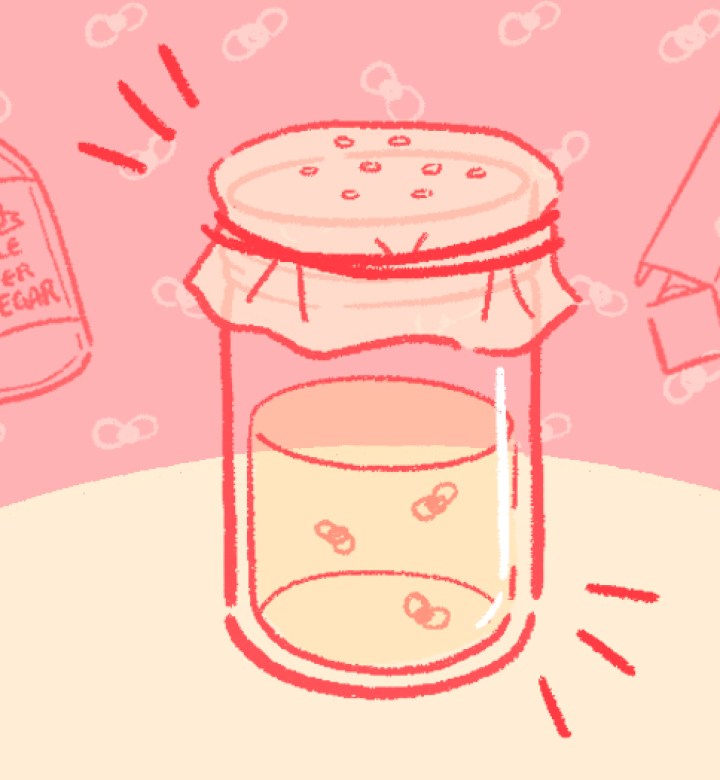 Apple cider vinegar is an excellent way to lure fruit flies into a DIY trap. (Note: Red wine vinegar will work, too, but plain old white vinegar will not.) To pull off this bait-and-switch, fill a jar with apple cider vinegar and cover the vessel with plastic wrap, using a rubber band to keep it in place. Finally, poke several small holes in the covering. The end result? The fruit flies will go in but they won’t come out. 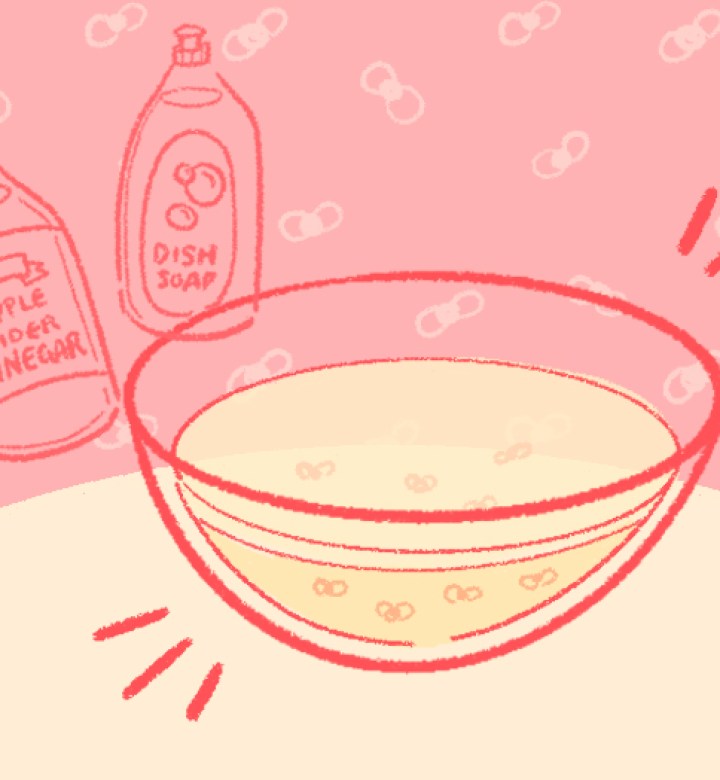 Another way to trap (and exterminate) fruit flies is basically by creating a sinister swimming pool. To do this, fill a bowl with apple cider or red wine vinegar and add a couple drops of dish detergent. Then, give the mixture a gentle stir and leave the bowl uncovered on the counter. The fruit flies will be attracted to the vinegar, but because the dish soap has cut the surface tension of the liquid, they’ll sink straight to the bottom as soon as they try to take a dip. Diabolical, right? 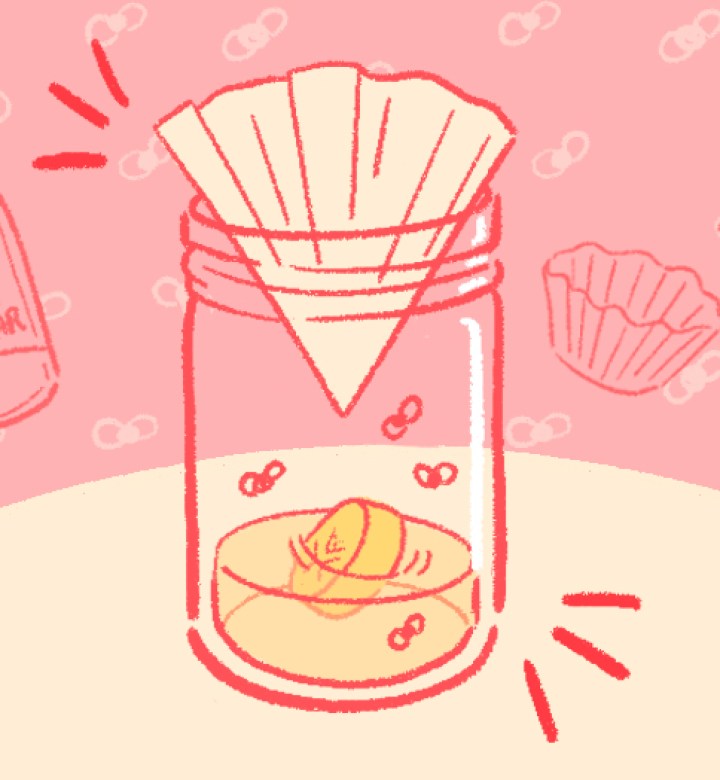 You can conquer fruit flies using the same overripe fruit that attracted them to your home in the first place. Begin by adding a small amount of apple cider or red wine vinegar along with a piece of rotten or overripe fruit to a jar. Then, snip off the tip of a cone-shaped paper coffee filter to create a small funnel and stick the filter in the mouth of the jar. If you don’t have any cone-shaped coffee filters on hand, you can just roll a regular piece of paper into a funnel shape. Ultimately, the fruit flies will take the bait—but again, they won’t be able to make it back out of the jar. 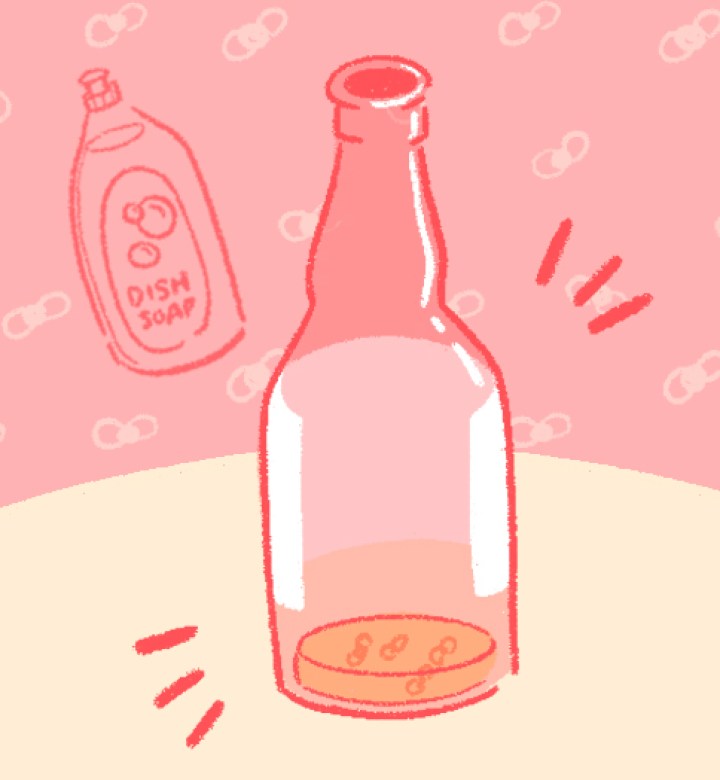 Go ahead and treat yourself to a frosty brew but hold onto that bottle once you’re done. For this fruit fly trap, all you really need to do is let an empty beer bottle hang out on the counter for a few days. How does it work? The remains of the fermented beverage will lure the flies in (so be sure not to rinse it), while the narrow neck of the bottle will make it difficult for them to leave. The dish soap is optional, but if you add a couple drops to the bottle the fruit flies won’t stand a chance of escape. 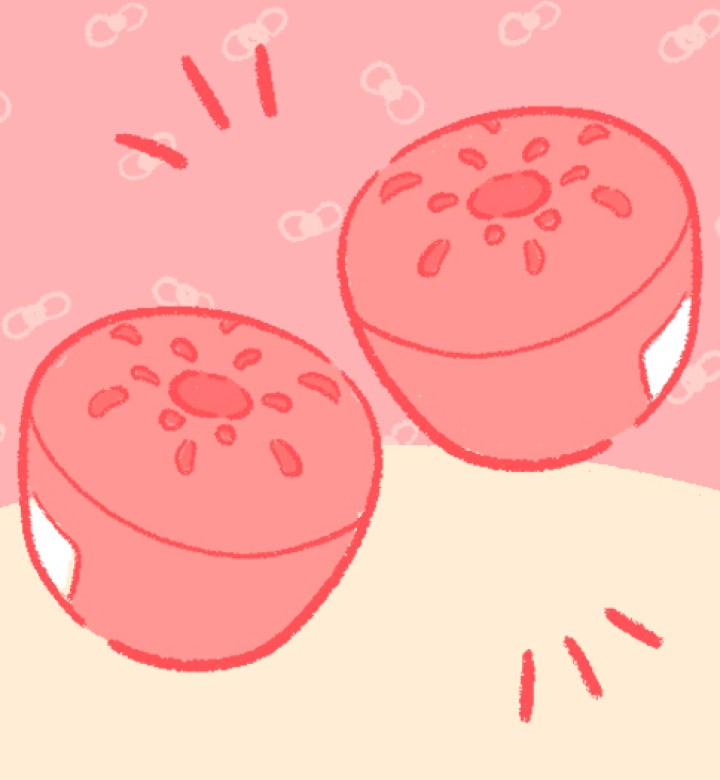 All of the aforementioned traps are easy to make with common household items, and effective to boot. That said, if you just don’t feel like doing it yourself, there are plenty of over-the-counter pest control products that accomplish the same thing. Among the many options, the pre-filled fruit fly traps from Terro get high marks from reviewers. And while we’re on the subject of store-bought solutions, it’s also worth mentioning Fruit Fly Goodbye from Green Gobbler, a citronella-based drain cleaner clings to pipes to kill fruit fly eggs and larvae. (Folks say it works better than bleach if the sink is the source of your problem.)

home
by Sydney Meister
The Coziest, Chicest Luxury Bedding We’ve Seen, From Frette and Matouk
home
by Destinee Scott
The Wayfair Big Furniture Sale Is Up to 50 Percent Off & We Found 12 Items That Won't Disappoint
home
by Karelle Mckay
Is the Viral Bissell Steam Shot Cleaner Really Worth the Hype? Here’s Our Honest Review
home
by Sydney Meister
The 5 Rules of Decorating a Bedroom in 2023
home
by Destinee Scott
Psst: We Have an Exclusive Coupon to Send Your Hunny Flowers From Urban Stems for Valentine's Day
home
by Sydney Meister
A Definitive Ranking of the 20 Best Scented Candles (From Diptyque to a Stellar $9 Find)