How I, a Fashion Editor, Took a 30-Day Break from My Favorite Thing in the World: Shopping 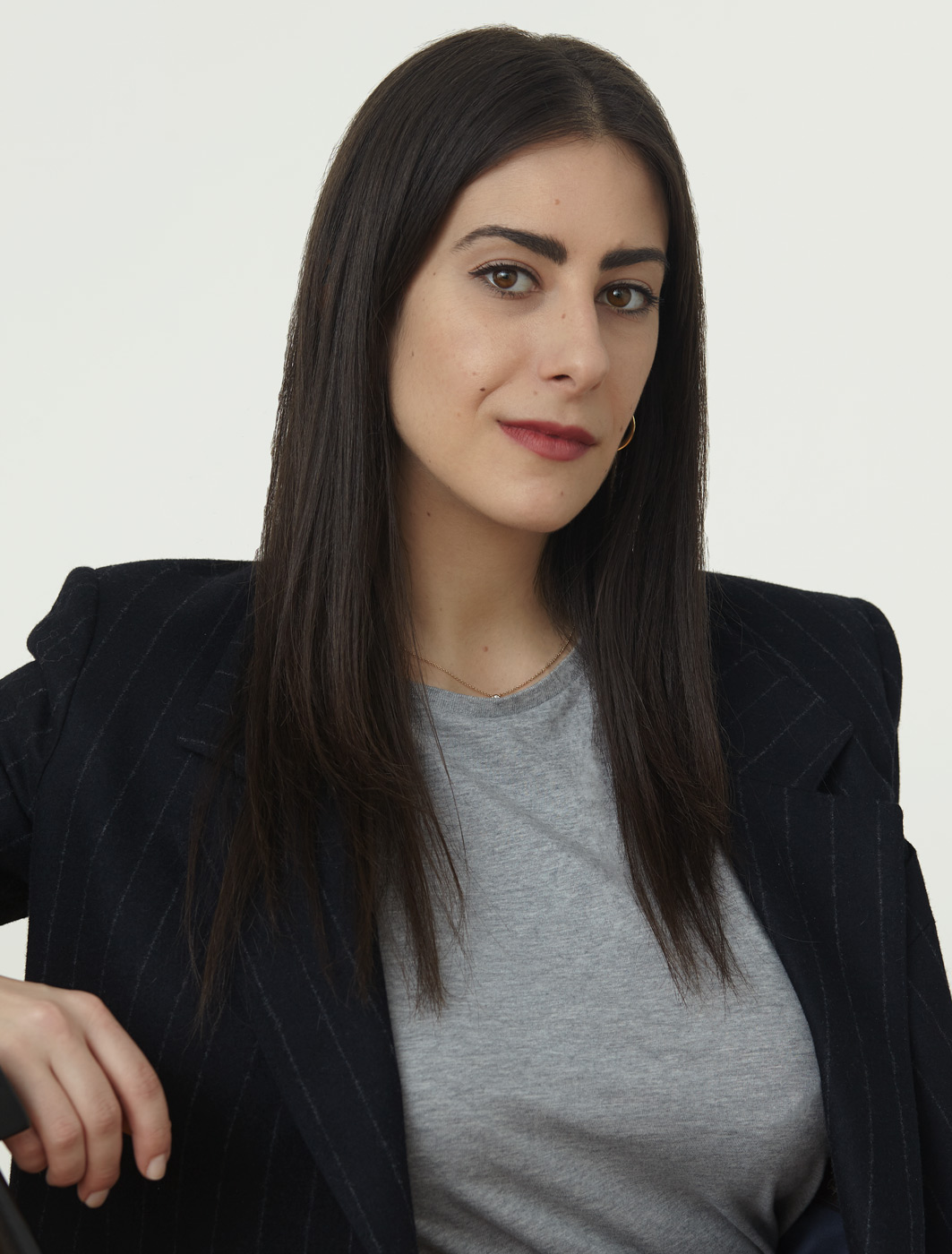 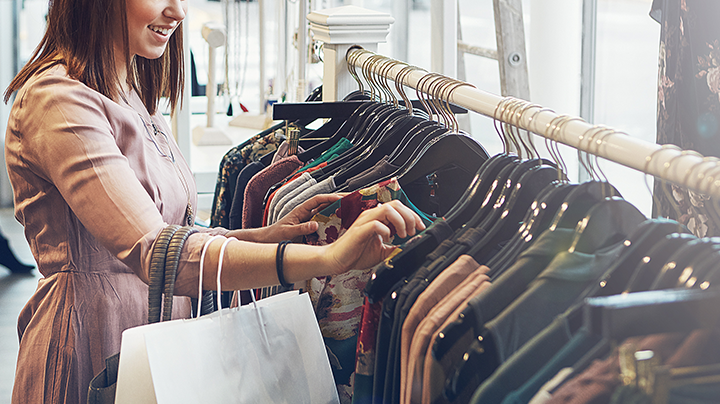 I’ve never been inclined to try out a juice cleanse, elimination diet or honestly a detox of any sort. (I’ll stick to solid food, thank you very much.) But when it comes to pruning and refreshing my style habits? I’m game to try just about anything: not wearing black for months at a time, swapping out all blue jeans for trousers—hell, even wearing bike shorts to work.

So after about three months of heavy spending—a time period during which I acquired lots of new work clothes, nearly every bathing suit I set my eyes on and a rainbow of pretty sundresses—my credit card was begging for a break. For once in my life, I listened to its plea and decided to try on this so-called “fiscally responsible” hat. And that’s how my self-inflicted monthlong shopping ban was born. Yes, I wanted to do this in an attempt to save money, but I also wanted to put myself to the test: Was I so deeply obsessed with buying clothes that I seriously couldn’t give it up for one month?

Thirty days might not seem like a long time, but for a fashion editor who literally shops for a living, it’s actually a whole eternity. When I brought up the idea of this break to my editor, she suggested I take a look at Ann Patchett’s essay on her year without shopping. Her experiment lasted an entire year (and then she chose to extend it longer) and seemed to be very, very strict. But I really appreciated what she gleaned from putting a pause on swiping her credit card. “The things we buy and buy and buy are like a thick coat of Vaseline smeared on glass: We can see some shapes out there, light and dark, but in our constant craving for what we may still want, we miss life’s details,” she wrote.

“OK, that’s definitely an epiphany to work toward,” I thought. And with that, it was time to begin my experiment.

Similar to Patchett, I set up some ground rules. For one, this ban would encompass only fashion and beauty products. If I’m being honest, I don’t tend to spend much on decor, and when I do, those purchases, as opposed to my impulsive clothes buying, are often premeditated and planned well in advance. The same goes for electronics. However, food purchases were on the table (pun very much intended).

I decided that I would accept gifts, especially those that were a trickle over from my late-June birthday. Similarly, I would not hold back on doling out gifts to the special people in my life. Finally, this no-shopping moment would start at 12:01 a.m. on July 1 and end on July 31 at midnight.

And, reader, I’m happy to announce that I made it. Indeed, I lasted a whole 30 days without purchasing a single product on my “No Buy” list. Sure, I did get myself a Kindle on Amazon Prime Day and I happily gave out plenty of generous gifts (like to my pregnant cousin, who got a really nice bottle of Hatch’s belly oil), but I stayed true to the rules I set for myself. Wondering how I did that? Well, I was able to break it down into just six major guidelines.

The first thing I did upon deciding to take a break from shopping was to tell everyone in my general vicinity about my decision. That meant my mother, coworkers, sales associates at stores I visited, friends near and far and all five of my Twitter followers. And I didn’t just do this because I love to talk (which, yes, I do). I actually told everyone and anyone so that I felt more accountable for my actions. While the random Zara employee didn’t care that I wasn’t shopping, those who were closest to me were curious about how my experiment was going. Plus, imagine how embarrassing it would have to be to admit to them that I couldn’t even fulfill this one tiny challenge.

Among those individuals who followed me on this no-shopping journey, my brother became my rock. Corny, I know, but he was like a hawk in my Instagram stories. If I posted a picture of a new beauty product, he’d ask if I bought it. (It was a gift. Thanks, Dior!) If I really, really wanted to buy something, I’d text him and he’d convince me not to. Or tell me how pointless he thought that particular purchase would be. He was a great accountabilibuddy, because he held me accountable for my actions—but actually wanted to see me succeed. The fact that he could bypass niceties and call me out made him even better at this job, as you need an accountabilibuddy to push you to the finish line.

I know there are certain emails and websites that have provoked me to add to cart in the past. Ahem, I’m looking at you, Everlane and The Strategist. With that knowledge in mind, I avoided these destinations all together. The second a risky email landed in my inbox, I automatically hit delete. And I made sure not to let myself browse these hazardous sites when I had a few minutes of downtime at work. Alternatively, if you don’t trust your self-control with these sites, download extensions—like "Block Site" on Chrome or Firefox—that will actually make it impossible to visit the sites you just can’t resist.

I chose to put a hold on my shopping habit during the month of July after some thoughtful consideration. If I’m being honest, I have more than enough summer clothes to wear a different outfit to work for two weeks straight (...and then some). With fall just around the corner, I knew I wanted to make some smart investments in heavier pieces that tend to come with steeper price tags. I would use this month to save money that I would spend strategically on fall clothes down the line. With that mind-set, it felt less like some random decision and more like a grown-up plan that would clearly benefit me in the future.

While in the unshakable midst of craving a new pair of shoes, I remembered the cute, personalized Vans I’d left at a friend’s house well over a year ago. Rather than doing my all-time favorite activity—spending a lazy Saturday hopping from one chic New York boutique to the next—I planned my day around meeting up with said friend with the intention of getting brunch...and my sneakers back. I have since reintroduced the Vans into my regular lineup and, honestly, they feel good as new (but they’re totally broken in!). This IRL shopping diversion can also work for online perusers as well. Instead of scrolling through the "What’s New" tab on Shopbop, answer those five emails you've been meaning to get through or read that insightful article that everyone’s talking about on Business of Fashion.

6. Use This Experiment To Question Your Shopping Habits.

Midway through the month, I discovered that Saint Laurent had collaborated with Havianas on a pair of zebra-print flip-flops, and I needed them. I couldn’t stop thinking about them, clicking through to see the rubber shoes from every angle and I even texted my accountabilibuddy about how much I just had to have them (his response: “Really, Dena? No”). So rather than buying the cute sandals, I took a step back and asked myself: Why am I so enthralled with these shoes?

For one, these Saint Laurent designs are $65, which is almost four times as much as a pair of classic Havianas. Although they didn’t look all that different. And sure, they might be a designer collab, but they’re constructed from rubber, which is not all that “luxury” and...I recently made a very public case about not loving flip-flops. Oh, I also knew that the exclusive style would sell out before my month was up, which definitely added to my craze—thank you very much, manufactured sense of urgency.

Once I broke down all those factors, I was able to take a step back and look at my shopping habit for what it was: a little crazy.

If anything, this shopping break was a total palate cleanser for me. It felt really empowering to know that I was actually in charge of those impulses to buy, buy, buy. Not to mention, after the 30 days my bank account was looking healthier than it had in a long while. In fact, I enjoyed this experiment so much, I could definitely see myself repeating it again...but in the meantime, I’m using my newfound skills to be a smarter shopper.