“It Wasn’t Me, I Swear!” Here’s What to Say When Your Kid Lies to You (and What Not to Do) 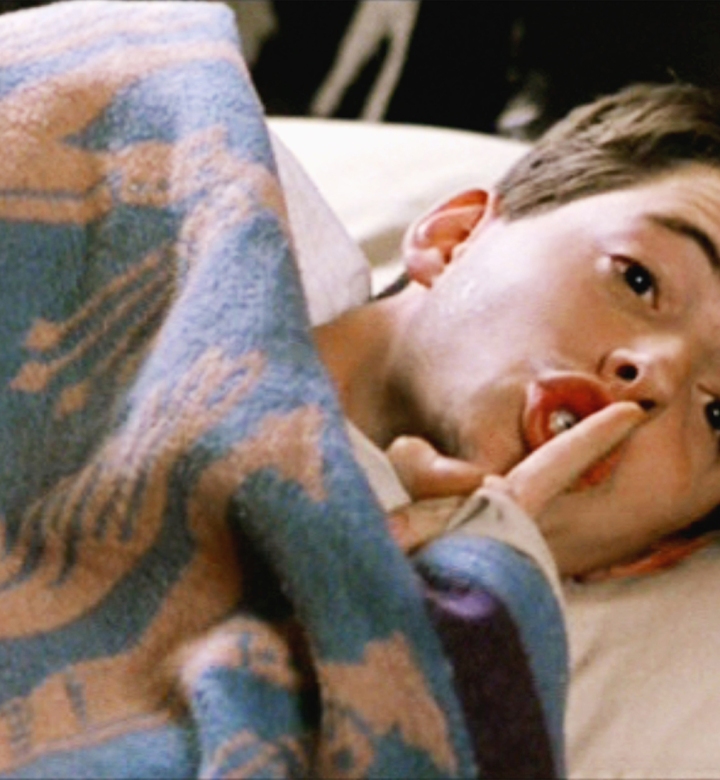 You hear your kids fighting and walk into the room just as the older one is pushing the younger one down. “Don’t push your sister!” you say. The offending kid’s response? “I didn’t push her! She just tripped!” Hmmm.

Or maybe your teen told you he got an A on his math quiz only to find said quiz in his backpack with a C+ on it. Most likely, it’s the dishonesty, not the grade, that’s got you miffed.

There are countless instances in which you might be confronted with the unpleasant reality that your kid has straight up lied to your face…and none of them are fun. So how do you respond? While your first instinct might be to immediately call the little rascal out on the bold-faced lie, family psychologist and parenting expert Dr. Becky says it's best to slow your roll and take a different tack—one that avoids shaming.

Per the expert, “Shame does not lead to change. We need to go from seeing our kid as the problem to being on the same team as our kid.” Makes sense, right? But you obviously don’t want to smile and wink at the kid who just pushed her little sister and lied about it…so you might be wondering what team spirit actually looks like in this context.

Say you’ve asked your kid to do something—clean their room, for example—and they tell you they’ve done what was requested of them when, in fact, they have not. In this scenario, Dr. Becky’s non-shaming script goes like this:

“You said X, I noticed Y. What happened?”

Basically, the idea is to use language that builds trust and promotes dialogue, as opposed to coming down on your kid like a hammer with accusations and/or anger. Importantly, Dr. Becky argues that parents shouldn’t mistake this for being too soft. Per the expert, it’s just effective. (Note: We have yet to try this script out for ourselves, so we’ll report back when we do.)

That said, once you’ve followed the above formula, it’s up to you to figure out how to proceed based on your kid’s response. Maybe the kid admits that they didn’t clean their room because they just didn’t feel like it, to which you might reply, “I know what you mean. I have to do a lot of stuff I don’t feel like doing. But it’s important to me that the people in my life know I will do something when I say I will. Since you told me you’d clean your room, can you show me you mean what you say, and then we can do something fun?”

Of course, there are a number of ways that this might play out depending on the situation and the temperament of your child—but as long as you carry on in a firm, but non-judgmental way, Dr. Becky says you’ll be on the right track.

Ultimately, the takeaway is that shame doesn’t lead to change because it makes children feel like the enemy, and enemies aren’t usually very accommodating. Use a gentler approach, however, and your child will be much more likely to change their behavior and find value in honesty. (No promises that your kids will stop shoving each other, though.)

The One Phrase You Should *Absolutely* Ban from Your Lexicon, According to a Child Therapist