My Kid Got Covid and Her Classroom Quarantined. But the Hardest Part Was Facing the Other Parents. 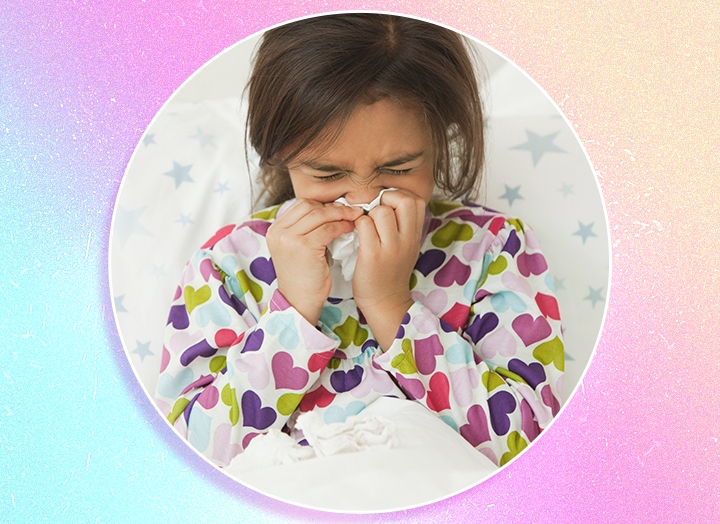 The first two days of the school year were bittersweet, as they should be. After all, this is the first year both my children (four and six years old) would be in school, and the first time since we became parents that neither I nor my husband would be on childcare duty for the bulk of the workday. After both drop-offs, we were misty-eyed, talking about how big our kids are getting and throwing around phrases like ‘the end of an era’...and also, ‘game changer!’

Then came day three of the school year, when my six-year-old daughter woke up with a fever. We decided that both kids should stay home, just to be safe, and it was only a few hours later that testing revealed the bad news: My daughter, and only my daughter, was positive for Covid-19. Her classroom would shut down, our quarantine period began and, one by one, the rest of my family (yes, even the vaccinated adults) fell sick.

The experience was, as you might expect, very unpleasant. The worst part, however, was not the moderate flu-like illness we all endured, nor was it the burden of being under house arrest with two small (and eventually fully recovered) children, nor was it the expense of having everything delivered for a week and a half. (Ok, fine, the 10 days of Seamless was actually kind of great.) The worst part of having my kid get Covid was the unanticipated and intense run-in with shame.

See, as soon as it became apparent that no one in my family would become gravely ill from the virus, the social implications started to sink in. For starters, an entire first grade class had just shut down and gone remote after only two days of school—a crushing disappointment for kids and parents alike, plus a massive headache for the teacher and administrators. And it was our fault.

My first reaction was anger. How could this be happening? We’d done everything right, played by all the rules. We hadn’t traveled or had family visits. Hell, we hadn’t even had an indoor playdate with anyone in our very small pod. It shouldn’t be us! According to the Kubler-Ross grief cycle, the next stop on this train is bargaining—a search for meaning, if you will. My own experience aligns with this: I was consumed by a desire to know how my daughter was exposed. Was it that other (masked) girl we let her hug at the playground on Saturday? Was it when I took her to the Gap on Sunday to let her pick out a new outfit for the first day of school? Exhausted, I resigned myself to the fact that there was no smoking gun.

The other families in the class, however, having been forced to find last minute childcare and get on board with the chaotic remote learning plan, were still looking for answers. “What careless jerk was responsible for this hassle?” I imagined them saying, as I paced around my apartment in pajama pants for the fifth day in a row. This fear reached a fever pitch when parents started a thread in the classroom’s group chat, in order to exchange tips on where to get tested. Then they started posting their negative results. (For record, everyone else was—phew—negative.)

I began to worry that our silence would be sniffed out as an indication of guilt. And I knew it wouldn’t be long when, during a morning Zoom class, I overheard a child ask who it was who had gotten sick—a question that the teacher thankfully handled swiftly and delicately.

Nevertheless, it was clear that we were in the proverbial closet, and it was a very uncomfortable place to be. For the better part of a week, I suffered from the cognitive dissonance of feeling compelled to apologize profusely, and genuinely, to almost-strangers for a situation that I simultaneously acknowledged was completely beyond our control. The defensive narrative ran on a loop in my brain and dominated every text conversation and phone call I had with my close friends and family members. Still, I felt an overwhelming desire to share my side of the story with the parents who had been most affected by our bad luck. I needed exoneration. I needed unburdening. I needed them to know I wasn’t some anti-masker walking around licking subway poles.

As such, I decided we should out ourselves to the class. At least that way we’d be done with the unbearable awkwardness of the situation. My husband disagreed, fearing the worst case scenario—that we’d receive a cold reception from the other parents, and that our daughter could potentially be bullied for being the ‘Covid kid.’ It wasn’t until I asked the teacher to weigh in on our marital debate (weird, I know) that we both were able to set our own self-consciousness and fears aside and recognize that this was all quite awkward for our daughter, too. After all, asking our six-year-old to return to school and keep the whole Covid thing a secret would only reinforce the notion that we—she—should feel ashamed.

After mulling it over with my husband for a couple more days, I went ahead and put it all out there on the classroom thread. It’s hard to overstate the sense of relief we felt when, one by one, supportive responses came flooding in. Parents we hadn’t yet had the opportunity to meet were offering to bring us groceries, and many others were confirming that the importance of my family’s health and recovery outweighed their inconvenience. It was generosity in the truest sense, and it was immediately clear that every adult in the picture understood that the very same thing could just as easily have happened to their own family.

It’s now been two blissfully healthy, in-person school weeks since the ordeal, and I’m left wondering why I harbored such fears of being judged. Was it my own hang-ups? Was it a fear of appearing blasé about a virus that has taken so many lives? I’m also left reckoning with the fact that this pandemic, while awful in almost every way, has brought some notion of the common good back to the forefront. At least where I live, we clapped for our essential workers every night for months. We checked on our vulnerable neighbors. We pulled up our masks at the playground, even when it was an inconvenience.

And when it came time for my own brush with the virus, the reply from the community was the exact affirmation of empathy and solidarity that I needed.

I’m glad my daughter saw that. That’s nothing to be ashamed of.

Ask a Pediatrician Is It OK to Send My Child into School with a Cold?

family
by Brianna Lapolla
The 25 Best Stocking Stuffers for Teens, According to Actual Teens
family
by Chelsea Candelario
How to Celebrate Kwanzaa This Year
family
by Abby Hepworth
27 Gifts for Cat Lovers (and Their Feline Friends)
family
Sponsored
Soccer World Champion Allie Long Has a Podcast Called ‘Mom Goals,’ and It's Our New Must-Listen
family
by Jillian Quint
My Kids Ruined My Spotify Wrapped A *Little* Bit Less This Year
family
by Emma Singer
“It Wasn’t Me, I Swear!” Here’s What to Say When Your Kid Lies to You (and What Not to Do)