You may love putting on a show for your children, but if they're curious about black hats and white rabbits, then you might want to start teaching them some magic tricks for kids…as in, tricks they can perform themselves, for you, their loyal audience. Besides keeping them entertained, magic helps kids develop their fine motor skills, memory, logical and critical thinking and social skills. It can also build self-confidence, requires few supplies and, most of all, it’s fun.

So, if you’ve got a kid who’s eager to learn something new, or you’re just hoping to learn a few easy magic tricks yourself, here are 15 great beginner tricks to get your started.

The Creator of ‘Daniel Tiger’ on Screen Time, YouTube and Writing Jokes for 4 Year-Olds

Best for ages 5 and up

What you’ll need: a regular pencil

Even the youngest member of your family can get in on the fun with this easy little trick that transforms a regular old pencil into one made of rubber. This trick is a great way for kids to start improving their fine motor skills.

Best for ages 6 and up

What you’ll need: a metal spoon

Take inspiration from the spoon-bending child in the Matrix and watch as your mighty 6-year-old uses all their strength to warp a metal spoon, only to snap it back into its original shape with ease. There are also a few different versions of this trick so they can continue to evolve it as their interest in magic grows.

Best for ages 6 and up

What you’ll need: a coin

What you’ll need: a coin, tape, a small piece of wire, some books

There are a few different versions of this trick, but the video above teaches you one of the easiest methods for beginners, especially children who may not yet be so dexterous with their hands. That said, once they’ve gotten a bit more advanced, they can combine this trick with the one above to start piecing together their own show.

What you’ll need: a pencil

Watch as your niece’s hand and her favorite drawing tool suddenly become magnetically drawn to one another. Like many of the tricks on this list, the magical magnetic pencil has a few different versions, but the two shown in the video above are the easiest to learn (the second on requires a second pencil, preferably not sharpened, and a watch or bracelet). 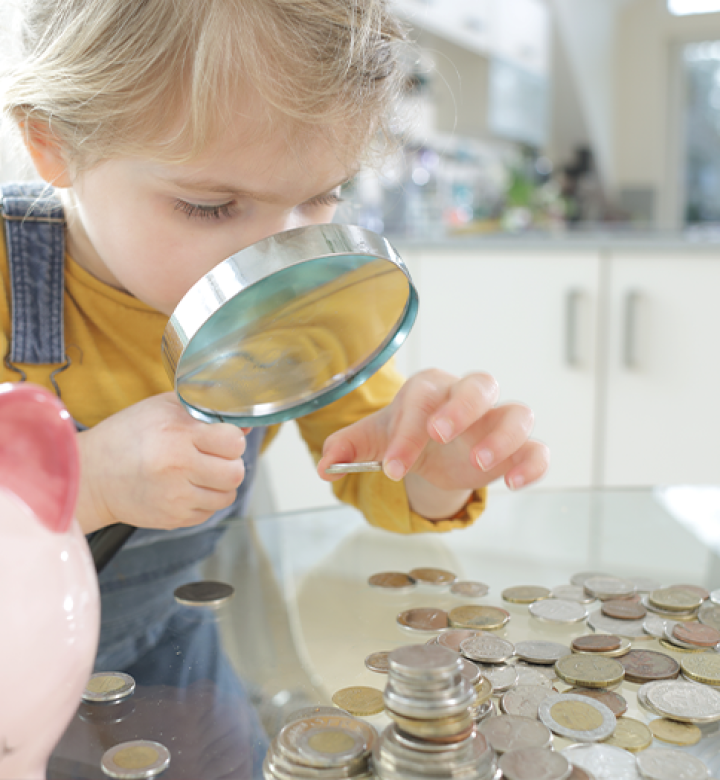 What you’ll need: a handful of coins from different years

Pick a coin, any coin, and your kiddo will be able to tell you the exact date listed on that coin. And here’s how:

Step 1: Lay a few coins out on a table, year-side up (start with just three or four to learn, then feel free to add more).

Step 2: Tell your audience you can tell the exact date printed on any coin of their choosing.

Step 3: Turn your back to the audience and ask your volunteer to pick up a coin. Tell them to memorize the date, keep it in their mind, think of a historical event that happened that year, whatever you can to get them to keep the coin in their hands for as long as possible before placing it back on the table in the exact same spot.

Step 4: Turn around and examine the coins by holding each one in your hands, one at a time. Here’s the trick: whichever coin is the warmest is the one your volunteer chose. Take a quick glance at the year, memorize it and continue with your examination.

Step 5: Finish with a long dramatic pause, some contemplative looks and voilà! Was the year 1999, Aunt Elena?

Even the most petite among us couldn’t fit through a hole in a piece of paper, right? Wrong! All your child needs are a few strategic cuts and suddenly he’s magically strolling through a hole large enough for both him and the dog.

What you’ll need: a cup, a small ball, a piece of paper large enough to cover the cup, a table, a tablecloth

There’s a little bit of set up and some misdirection involved with this trick which sends a regular plastic cup straight through a solid table to appear on the ground below, so practice is key. But the final result is sure to stun and delight any willing audience. 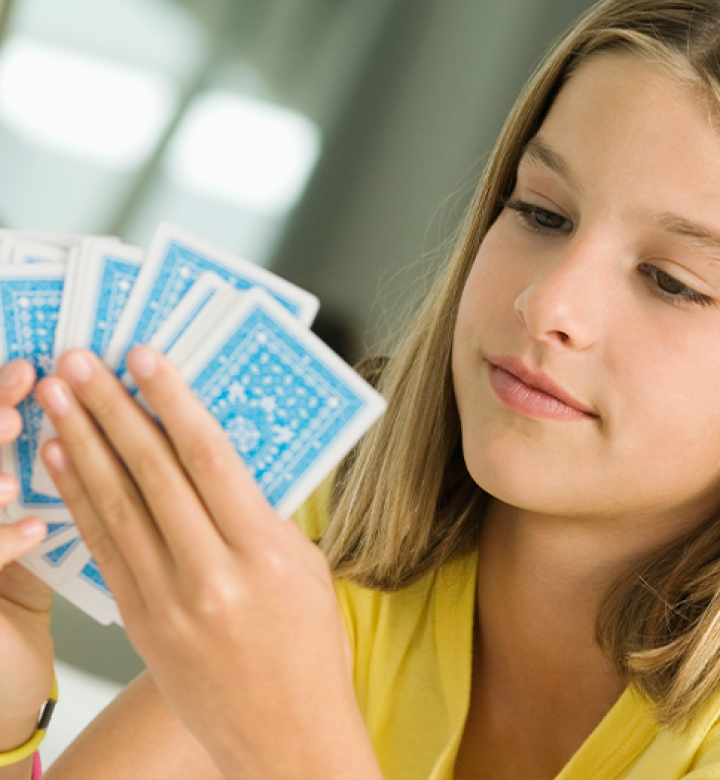 9. is This Your Card? Using A Key Card

Everyone knows and loves a good card guessing trick and this is one of the best introduction variations.

Step 1: Have your volunteer shuffle a deck of cards.

Step 2: Fan the deck out face up to show that the cards are all mixed in together and in no particular order. While you’re doing this, quickly memorize the top card (or what will be the bottom card once you turn the deck back over).

Step 3: Have your volunteer split the deck in half and place the top deck onto the table.

Step 4: Tell them to take the top card from the pile in their hands and memorize it.

Step 6: Pick up the deck of cards and begin to “read their mind” while they think about their card.

Step 7: Start dealing the cards from the top of the deck face up, pausing every once in a while to contemplate the cards in front of you.

Step 8: Once you reach the top card you memorized at the start of this trick, you now know that the very next card is the one that your volunteer is thinking of. Finish with a dramatic reveal. 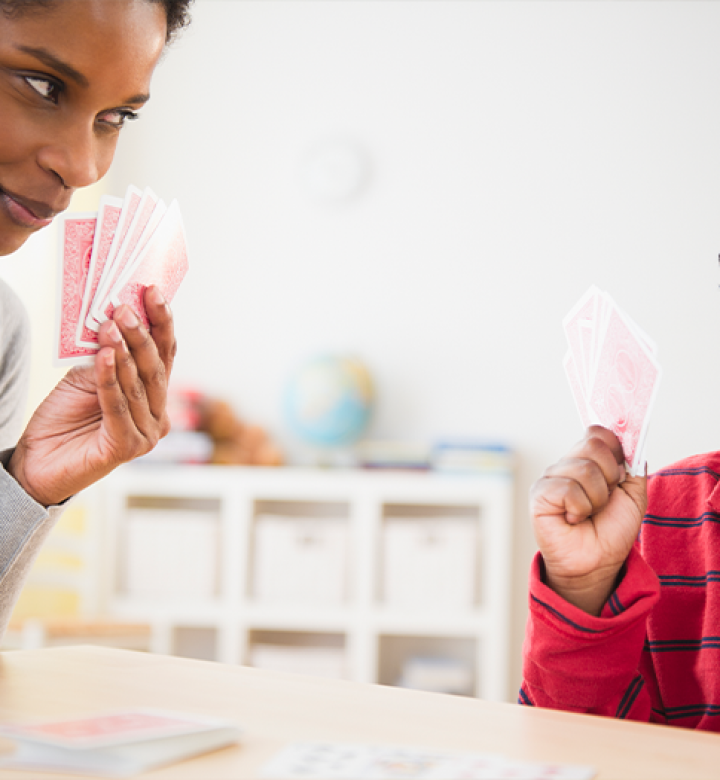 What if your kid could guess your card without ever even looking at it? This trick will blow everyone’s mind, but involves some prep beforehand.

Step 1: Before beginning, separate a deck of cards into red and black. Make note to remember which of the two colors you’ve placed on top.

Step 2: Once you’ve found your audience, fan out a few cards face down from the top of the deck and ask them to memorize the card.

Step 3: Have them place the card somewhere in the bottom half of the deck.

Step 4: Split the deck somewhere in the middle (it doesn’t need to be exact) and place the bottom have of the deck on top as a method of shuffling the cards.

Step 5: Start fanning out the cards facing you while you search for the card your volunteer is thinking of. Really, you’re looking for the only red card sandwiched between two black cards, or vice versa depending on which color you place on top at the beginning.

Step 6: Slowly pull out the card and reveal it to be their selected card. 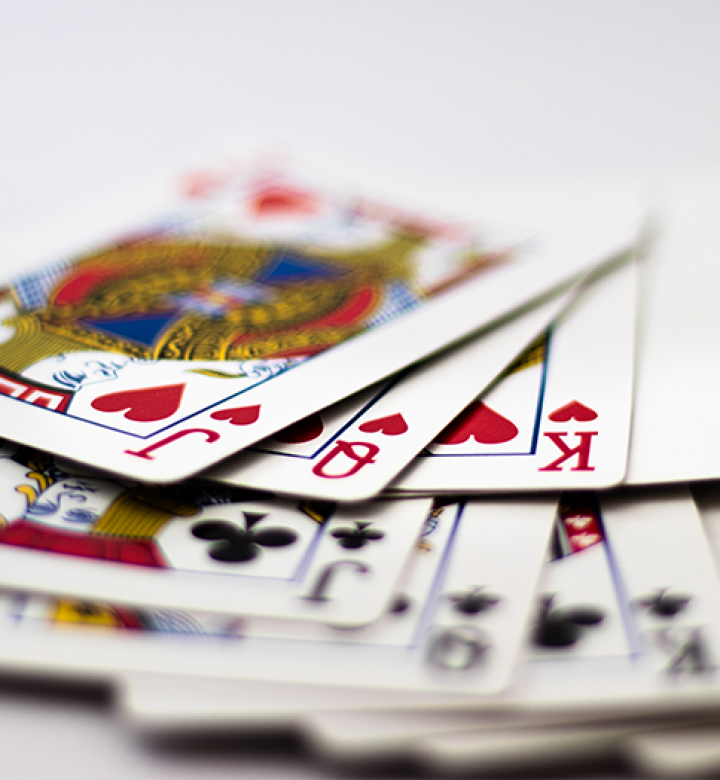 Another great card guessing trick. Put this one together with the others and suddenly your little one has a whole entire magic act to show off come the holidays.

Step 1: Have your volunteer shuffle the cards

Step 2: Fan the deck out face up to show that the cards are all mixed in together and in no particular order. While you’re doing this, quickly memorize the bottom card (or what will be the top card once you turn the deck back over).

Step 4: Whatever number they choose, let’s say 7, ask them to deal that number of cards onto the table, but here’s where the trick comes in. As you say this, demonstrate by actually dealing 7 cards onto the table yourself. This now secretly places your memorized card exactly 7 cards down from the top.

Step 5: Place the dealt cards back on to the top of the deck and hand it to your volunteer. Have them deal the cards and then memorize the final card, in this example the seventh card.

Step 6: Reveal their card in whatever dramatic fashion you like.

What you’ll need: a deck of cards, scissors, glue

It’s not just pencils that are magnetically drawn to your daughter’s hands but playing cards too. She may need some help in creating the trick card necessary to pull this one off, but the final flourishes are entirely her own.

This is a version of one of the oldest magic tricks of all time. (You might be more familiar with the version where someone places a ball under one cup, shuffles the cups and asks you to determine which cup the ball is under.) Although this video uses a marker to draw on the cards, you can easily do it with two red and one black card, or vice versa instead.

14. Pencil Through A Dollar

What you’ll need: a dollar bill, a pencil, a small piece of paper, an X-Acto knife

Watch as your child rips and then repairs a dollar bill all in one fell swoop. Note: Because this trick involves forcefully shoving the sharp end of a pencil through paper, for the sake of safety, we recommend it only be performed by kids that are slightly older. Younger children can likely handle all the elements of the trick, but we’d rather err on the side of caution. 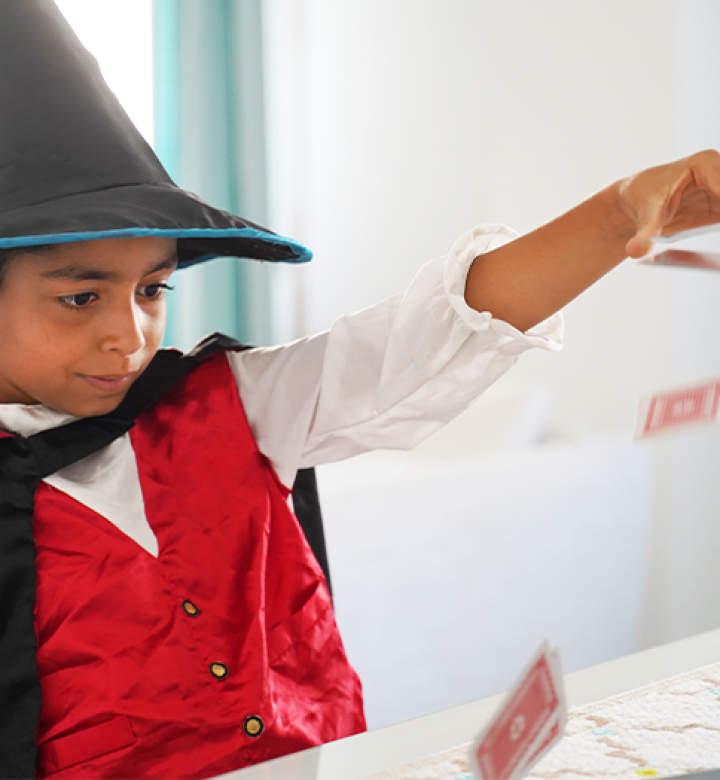 What you’ll need: a deck of cards, one additional card from a matching deck, double-sided tape, an envelope

All your child needs is a little bit of double sided tape and some practice and they’ll soon be able to magically transport one card from the deck in their hands to a sealed envelope on the other side of the room.

Step 1: Take one card out of the deck you’ll be using for this trick and the exact same card from a matching deck, for example the Queen of Diamonds.

Step 2: Put one of the Queens of Diamonds in an envelope and seal it.

Step 3: Take a small piece of double-sided tape and place it in the center of the other Queen of Diamonds. Gently place the card on the top of the deck face down.

Step 4: When you’re ready for your performance, place the envelope on the table, across the room or hand it to someone to hold for the duration.

Step 6: Show your audience the card before placing it back on the top of the deck and giving it a squeeze to ensure it really sticks to the card just below it.

Step 7: Cut the deck as many times as you’d like as a way to shuffle the cards and lose the Queen of Diamonds somewhere in the middle.

Step 8: Make a show of using your teleportation powers before flipping over the deck and fanning it out face up. The Queen of Diamonds should no longer be visible because it’s stuck to the back of the card below it.

Step 9: Have an audience member open the envelope to reveal the secondary teleported Queen of Diamonds.

The Weirdest, Best $6 This Mom Has Spent in 2020 Was on Con-Tact Paper