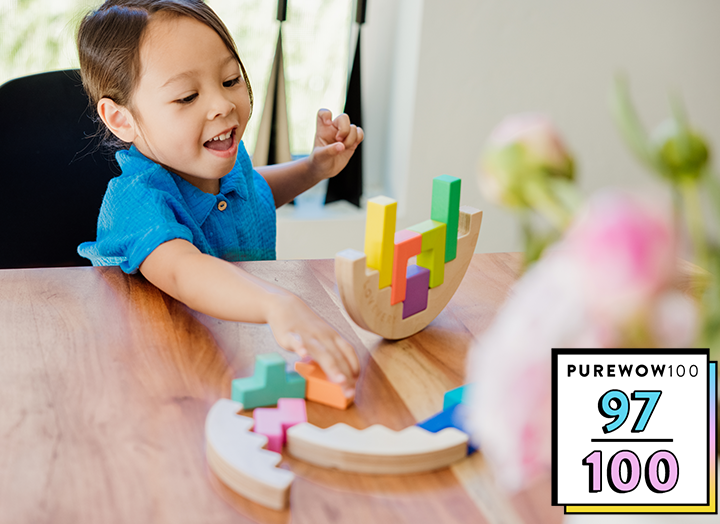 When my son aged out of Lovevery’s playkits (which up until recently, topped out at age two), it felt like the end of an era. You see, I had been fortunate enough to raise him on the subscription kits, which not only gave him access to a well-curated selection of Montessori- and milestone-based toys, they supplied me with a blueprint for parenting. (The number of times I referenced the instructional guides that came with this ball drop box…) Needless to say, I was sad to move on.

That’s when I got word that three-year-old kits, themed “The Year of Self,” were on the horizon. Here’s my honest review.

First, I love the theme. Yes, it’s cheesy, but “year of self” is the kindest possible way to describe my son’s experience at this age. There’s exploration and imaginative play and enthusiasm, but there’s also an increase in temper tantrums and general risk-taking. Lovevery’s three-year-old kits meet him exactly where he’s at. There’s the Observer kit (geared to 37 to 39 months who are learning about pretend play and routines), the Storyteller (40 to 42 months) designed to help kids process feelings and assert their independence through play, all the way up to the Analyst (46 to 48 months), which prioritizes sensory experiences and building descriptive language skills. Each theme feels tied to what a typical three year-old goes through when learning their place in the world.

Let’s talk about the price. At $120 a pop, each kit covers three months of play, which can feel steep until you examine what’s actually included. For example, the Storyteller features a pop-up fort that doubles as a puppet show theater, alongside a squeeze and spray mop and letter sounds animal puzzle; Similar pop-up tents I’d been eyeing on Amazon were easily $80+. Same goes for the Observer kit, which comes with a plan ahead weather board—one of the most well-constructed, intuitive versions I’d ever seen—as well as a modular playhouse, wooden emotion dolls and a trio of books about navigating feelings. The point is that, if you’re already in the market for similar types of Montessori toys, you definitely get a lot of bang for your buck.

Then there’s the turtle game. Each kit has a hero product and, for me, that came in the form of the Turtle Hatch Game, included in the Problem Solver kit. When I first opened this kit, I thought, ‘Alright, but I’ve tried games with him before and he’s just not interested.’ In other words, my expectations were low. But this game was different. You play it by setting three turtles at the top of the “pond,” then all players work as a team to get them into the water before the sun (an eight-piece puzzle you fill out as you play) comes out. But here’s the fun part: You’re the one filling the pond. Roll the water icon and your three-year-old has the job of scooping the water in, a total thrill. My son caught on to the rules after a single turn and I’ve even overheard him teaching others the rules—accurately.

The bottom line. Lovevery has always delivered on its ‘surprise and delight’ promise, and this newest offering is no different. They really knocked it out of the park.

The 35 Best Subscription Boxes for Kids