This Is the Absolute Best Dog Breed for Introverts 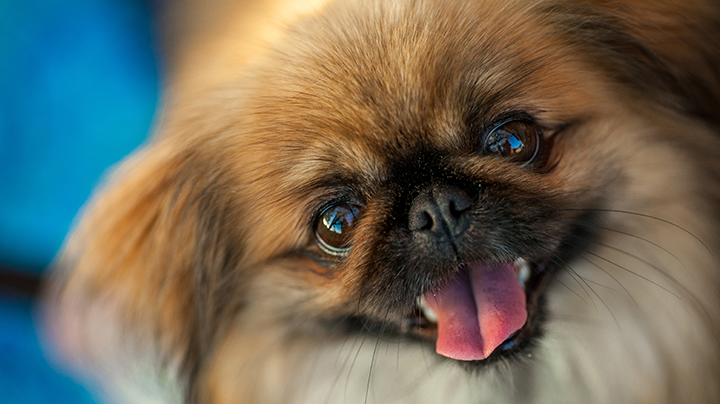 Whether you’re an INTP (you logician, you), INFP (aka the mediator), ISFJ (did someone call the defender?) or any other Myers-Briggs personality starting with an “I,” you all have something in common: introversion.

And while no introvert is a carbon copy of another, you can probably all agree that spending some time alone is the best way to recharge your soul. So, when it comes to picking the best dog breed for introverts, here’s the one that’s mostly likely to let you decompress on your own without pouncing on your face with a tennis ball in mouth to play.

Short, compact and basically walking ottomans, Pekingese pups are primed for a life of in-home adventures. And by adventures, we mean naps in cuddly corners of your home.

Of course, this breed needs exercise, too, but it’s definitely not as much as that golden retriever down the street. And lucky for you, fewer games of fetch in the park means less chance of running into everyone else with a dog who wants to make small talk.

Plus, Pekingese dogs are also refreshingly independent. Perhaps their need for personal space stems from their long history of living in large palaces—they were fixtures alongside ancient Chinese emperors. Sure, they may look like lap dogs, but they’re just as likely to cozy up on your leg as they are on a randomly strewn towel—it’s not about you, per se; it’s about the comfy factor. That said, Pekingese pups do form a tight bond with their human parents. They’re just not all PDA about it.

Best of all, Peke pups are big personalities in small packages. The American Kennel Club even says the dogs are known to be “opinionated,” so be prepared to be like, “Wait, did my dog just roll her eyes at me?”

If she’s a Pekingese, she probably did. You’re basically two peas in two separate pods, just the way you (both) like it.

The Best Dog Breed for Your Personality