After Parenting Through Covid, I Have No More F*cks to Give 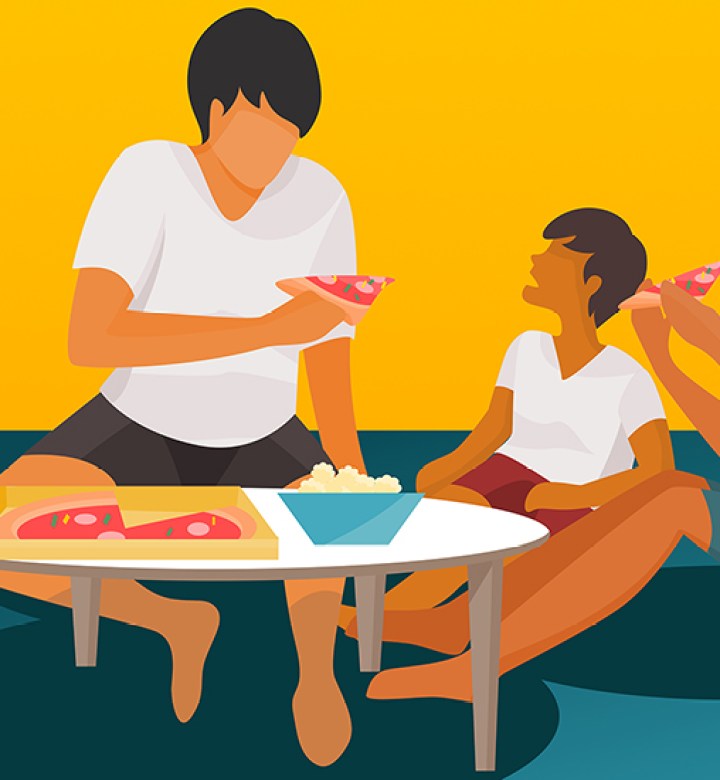 The other day, my daughter’s daycare called, and I let it go to voicemail. This was partly because I had a deadline, and I knew that I was first on the list (aren’t moms always?); if it was an actual emergency they would call my husband next and he would handle it. But if I’m being totally honest, the other reason I ignored the call was because I sort of, kind of, possibly suspected that it had something to do with my kid’s runny nose and cough and that there was a distinct possibility that they were going to ask me to pick her up. And, well, I didn’t want to.

Look, I’m not a monster. If my children have 102 fevers and can barely muster the energy to eat their pancakes (that’s when you know it’s bad), then I’ll of course keep them home. But after two-and-a-half years of extreme caution (including approximately 236 missed days of school and that god awful period of working full time with zero childcare), I simply have no more f*cks to give.

Like many parents, I spent the greater part of the pandemic obsessing over every sneeze, type of cough, decimal on the thermometer and even the color of my son’s snot (green was bad, clear was good). Not only was I worried that every symptom meant we had caught the sickness (at first terrifying because of its obscurity, later fearsome because it meant keeping the kids home yet again), but I was also constantly calculating what each sniffle meant for the next day, two days, week ahead.

Can I send my son to school? If I send him in today and they send him home that means he’s out for the next 48 hours and I have that meeting tomorrow, so maybe we keep him home today and send him in tomorrow instead? Can we still have friends over this weekend? Should we tell them about the runny nose? Do we test him? If he tests positive, then we have to keep him home for two weeks so maybe we just don’t test him and see how it goes. Is it unethical not to test? We should test. He hates getting tested. Do I let him watch TV tonight even though it’s a weeknight so that I can try to test him? I only have two tests left, should I waste one on what could just be the sniffles? And so on and so on.

What I’m trying to tell you is that I had f*cks to give—many of them! But after the dumpster fire of the last few years, they have simply run out. I am exhausted. I simply cannot treat every sniffle as if it’s an emergency anymore. In fact, I think that one upside of living through the pandemic with children and feeling so utterly and completely depleted is that this, let’s call it laissez-faire, attitude has extended into other areas of my life. Things that might have phased me in the Before Times now just roll right off my back.

Like when I’m going out to dinner with my girlfriends and one of them texts the night before to let us know she may be coming down with something. Who cares!?! We are going out. Or when my family shows up to another kid’s birthday party where the host asked for no gifts but everyone else brought one…I once might have been mortified and spent the next day hunting down the perfect present, now I just don’t care. Hey, we’re out of the house! My son has friends!

Of course, the pressures on parents are still immense—particularly for moms (women handle the majority of the domestic and mental workload, haven’t you heard?). But if the pandemic taught us anything, it’s that things can get real bad, real fast. So for now, I’m taking a step back and reassessing what actually matters. But don’t mistake my cavalier attitude as neglect—it’s not that I care less, it’s simply that the pandemic taught me what is worth caring about. Spending time with friends, traveling whenever we can, prioritizing my mental health. As for the latter, that just so happens to mean sending my snotty kid into school as much as possible. And I feel pretty good about that.

The Pandemic Taught Us That Kids Are Resilient. Parents Are Not.