15 Creepy New Thrillers We’re Cozying Up with This Winter

The weather outside is frightful, and that means that you can find us inside, curled up under a blanket with a book that is also….well, frightful. Truly, there’s no better time to start in on a juicy, scary, plot-twisty page-turner of a novel (and if you don’t believe us, ask the Scandinavians—crime novels are actually an official part of the cozy winter concept of hygge). Here are 15 tantalizing thrillers we’re getting into this winter. (Mug of hot cocoa not included.) 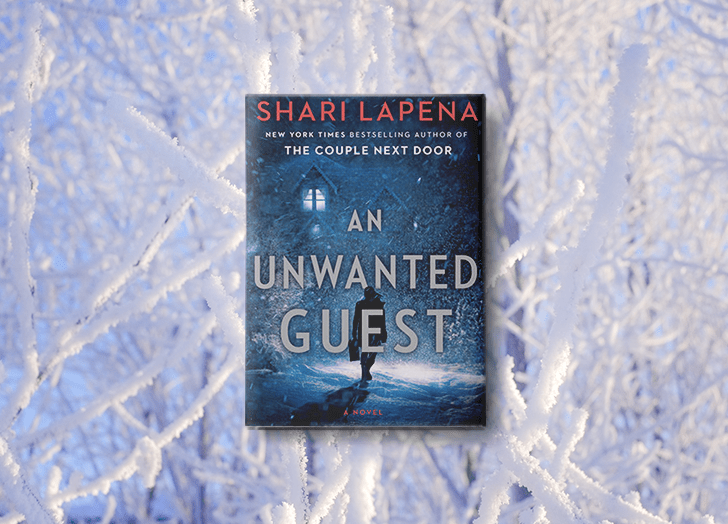 an Unwanted Guest By Shari Lapena

Shari Lapena has set up a chilling version of what Agatha Christie called “the locked room mystery” (and it couldn’t be better for a cold winter afternoon). A group of guests are snowed in at a cozy Catskills lodge when (of course) someone turns up dead. It looks like an accident….but then a second guest dies, too. The blizzard has cut off all roads and electricity, which means both that there’s no contact with the outside world, and that the killer is at the hotel. Sometimes, nothing beats a classic mystery set-up. 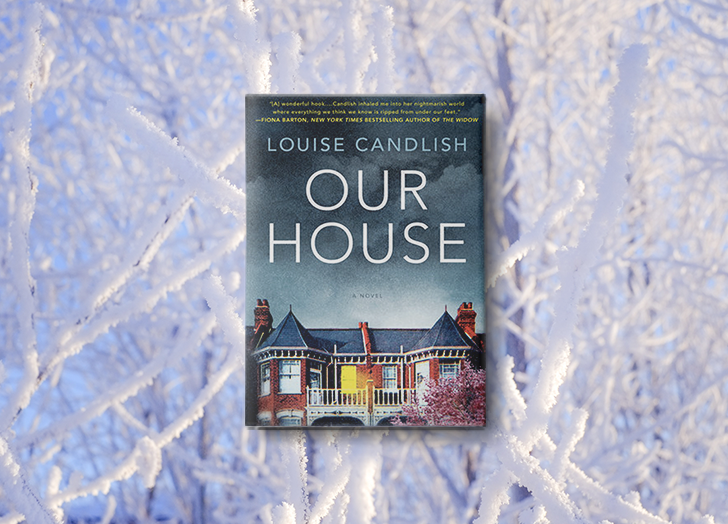 our House By Louise Candlish

We love the premise of this tense thriller: Fi Lawson, a 40-something wife and mother, returns to her beloved London home, only to find that another family has moved in. The family insists that they’ve bought the house legally, and Fi soon finds that to be the truth—except that her signature on all the documents is forged. Fi knows that her estranged husband is behind the scheme, but can’t even fathom the depths of the nightmare that she’s about to face. Candish is beloved in the UK for her suspenseful novels, and we can easily see why. (Good news—she has another one coming to America this summer.) 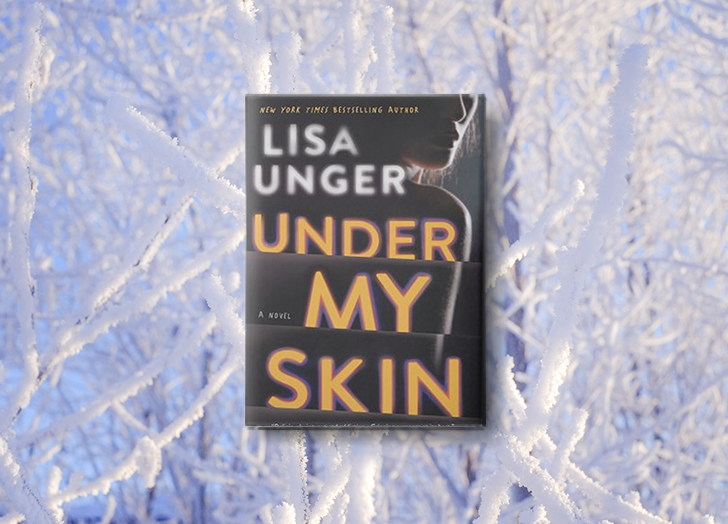 under My Skin By Lisa Unger

Bestselling author Lisa Unger’s latest protagonist, Poppy, might be the most unreliable narrator since The Girl on the Train—and we are here for it. It’s been a year since Poppy’s husband Jack was murdered in Riverside Park, and the police have no leads. But Poppy can’t seem to remember where she was after his death, when she disappeared for days in a grief-stricken stupor. Now, she’s prone to terrible nightmares and strange blackouts. But what if they aren’t nightmares at all? What if they’re memories? 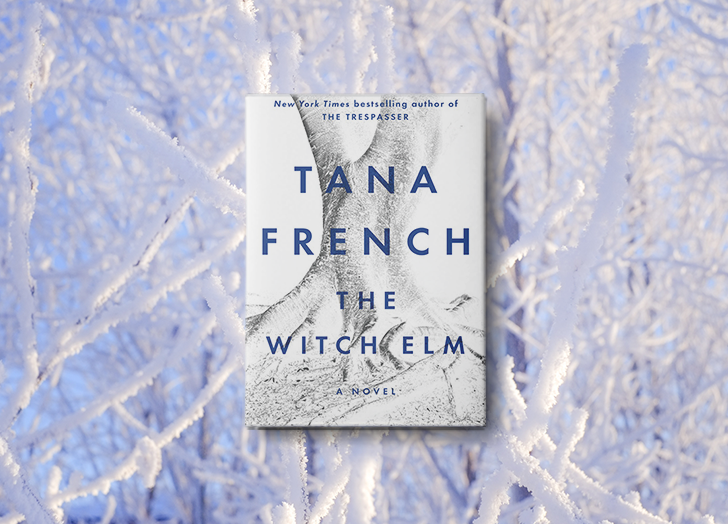 the Witch Elm By Tana French

We’ve long been fans of Tana French’s Dublin Murder Squad series, which are classic police procedurals with tons of unexpected twists and turns (and also some saucy Irish slang). But her first stand-alone thriller is told not from the point of view of the detective, but rather the victim of a violent crime. Or...is he the suspect? French manages not only to keep us completely on the edge of our seats, but also does some serious reckoning with the concept of white male privilege. 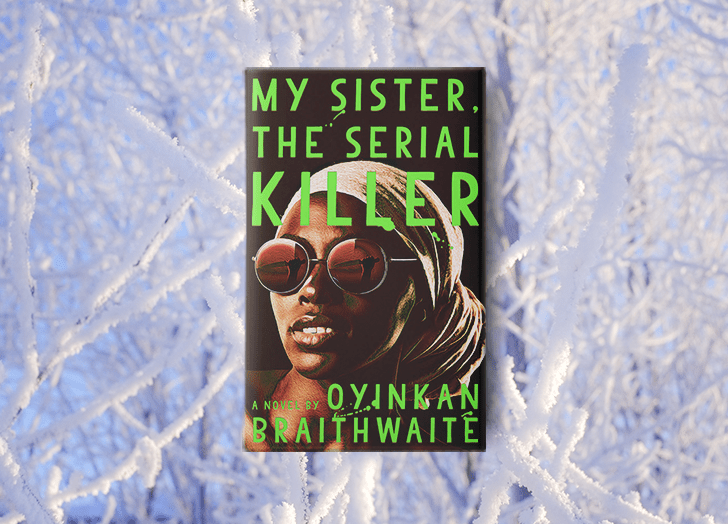 my Sister, The Serial Killer By Oyinkan Braithwaite

More cheeky than creepy—but with plenty of heart-stopping suspense—this dark comedy about a Nigerian woman whose sister has a nasty habit of murdering her boyfriends kind of stole our hearts. Korede has always been an unwitting accomplice to her (sort of sociopathic) sister Ayoola’s crimes. But now, Korede is in love, and the man is inching ever closer to Ayoola’s vicious spider web. How can Korede protect the man of her dreams from becoming her sister’s next victim? And ultimately, where will Korede’s loyalties lie? 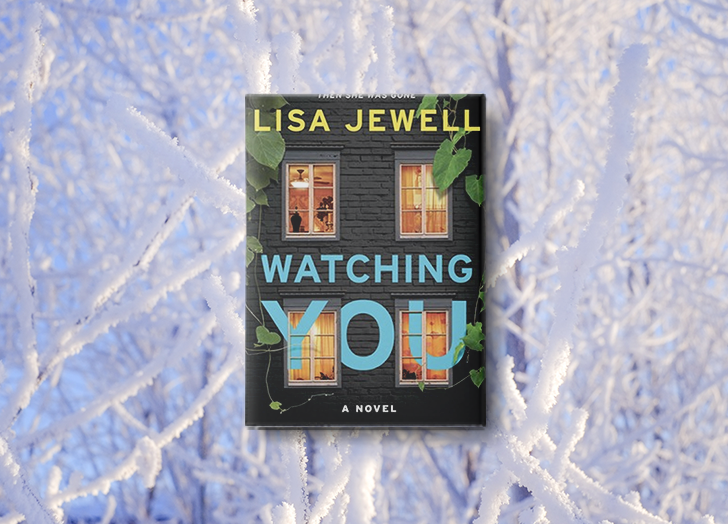 watching You By Lisa Jewell

There’s nothing more unsettling than the feeling that someone is watching you. And in bestselling author Lisa Jewell’s newest book, that someone seems to be an entire neighborhood, all fixated on each other’s business. The drama seems to surround Tom Fitzgerald, a beloved school headmaster. Tom’s son thinks that one of their neighbors is a little too infatuated with his unavailable father; but she might not be the only one with impure motives. Jewell takes neighborhood gossip to a new level, and we can’t get enough. 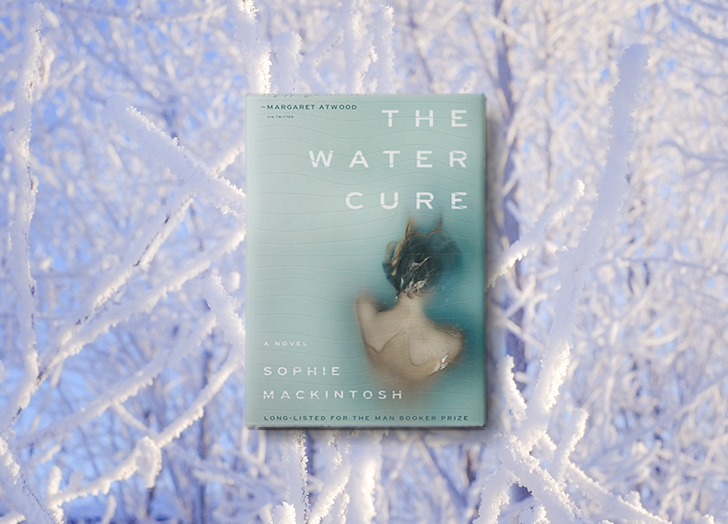 the Water Cure By Sophie Mackintosh

If ever there was a good time for a feminist revenge fantasy, we’re pretty sure this is it. Three sisters—Grace, Lia, and Sky—have been raised in total isolation on an island and taught that men are the enemy. In fact, they’ve only ever seen one—their father, King. But one day, King disappears and two men and a boy wash up on the island, and the girls are caught up in an intense psychological game. It’s a strange, dystopian tale, but we promise that you’ll get deeply invested in their fate. 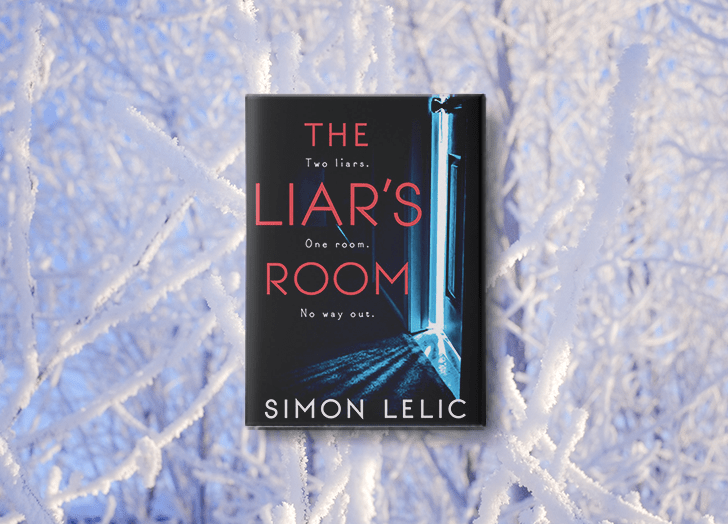 the Liar’s Room By Simon Lelic

No one really knows what happens behind the closed doors of a therapist’s office, except the therapist and the patient. And in this case, neither is who they say they are. Susanna Fenton, trying to escape a terrible secret, has started a new life as a therapist in order to keep her daughter safe. But one day, a new patient walks into her office, and Susanna fears that she’s been discovered—and that her daughter is in peril. Taut and intricately plotted, this one will stick with you for days. 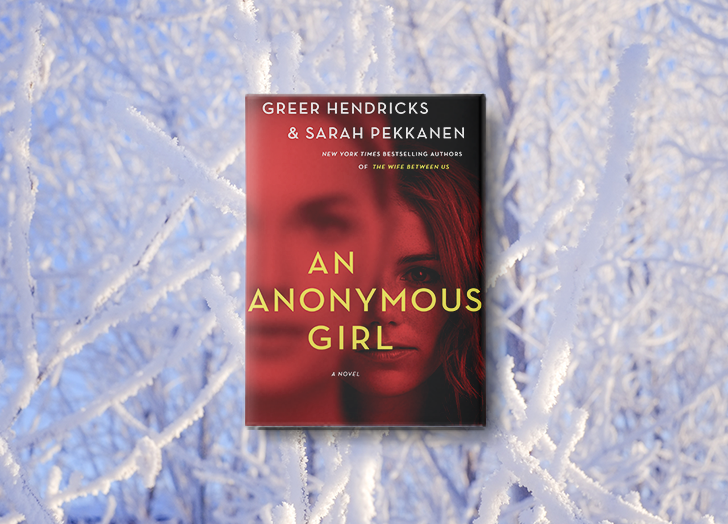 an Anonymous Girl By Greer Hendricks And Sarah Pekkanen

Jessica Farris is a cash-strapped New York makeup artist when she signs up to participate in a psychological study in exchange for a much-needed $500. But the questions quickly get invasive, nefarious, and even potentially deadly, and Farris finds herself at the mercy of the study’s director, the mysterious Dr. Lydia Shields. Hendricks and Pekkanen (an author-and-editor team who turned into writing partners) use the same split narration as they did in their bestselling debut The Wife Between Us, and it’s just as twisty and addictive here. 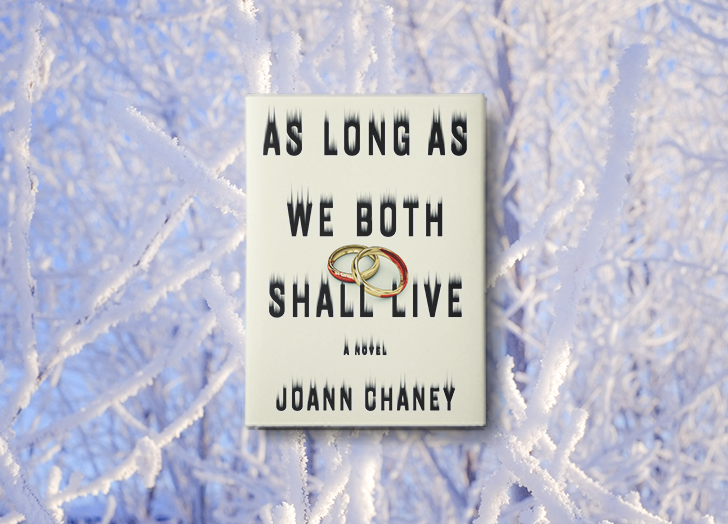 as Long As We Both Shall Live By Joann Chaney

Matt Evans is either the unluckiest man on earth….or he’s a cold-blooded murderer. When his wife Marie falls to her death on a hike in Colorado, Matt swears that it was a tragic accident. But police soon discover that twenty years earlier, his first wife also died under suspicious circumstances. It seems pretty cut and dried (at least to the pair of detectives on the case), but things are, of course, not always as they seem. We credit Chaney in particular for giving us two great female characters—one detective and one victim (who may be much more than that). 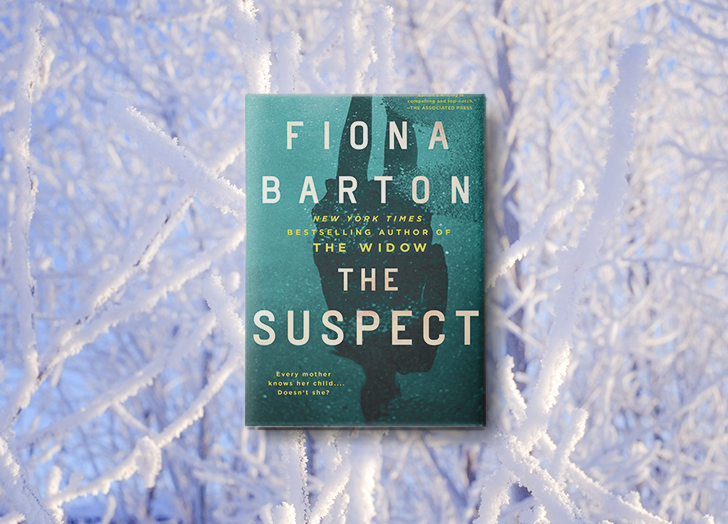 the Suspect By Fiona Barton

When two 18-year-old girls go missing in Thailand, the entire world is rapt, praying for their safe return. British journalist Kate Waters is on the beat, but she also has a hidden agenda—she hasn’t heard from her own teenage son since he left to go traveling in Thailand two years ago. As she starts to investigate the story, coincidences pile up, and she’s left in a tricky moral conundrum. Barton, the bestselling author of The Widow, proves here that she has plenty of tricks still up her sleeve. 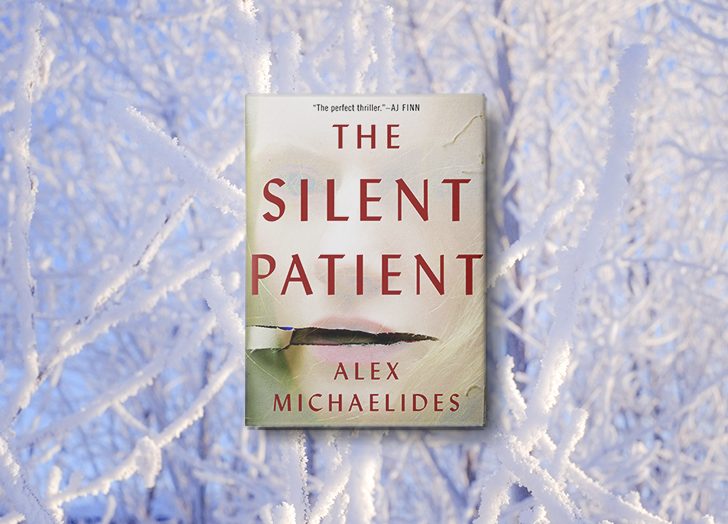 the Silent Patient By Alex Michaelides

There’s no whodunit in this perfectly plotted thriller, already one of the year’s buzziest debut novels. We know from the start that the killer is Alicia Berenson—a famous photographer who, one night, shoots her husband five times in the face in their posh London home. What we don’t know—what no one knows—is why. Since the shooting, Alicia hasn’t spoken another word. But as she sits silently in a psychiatric hospital, one therapist is determined to break through, even if it leads to his own demise. 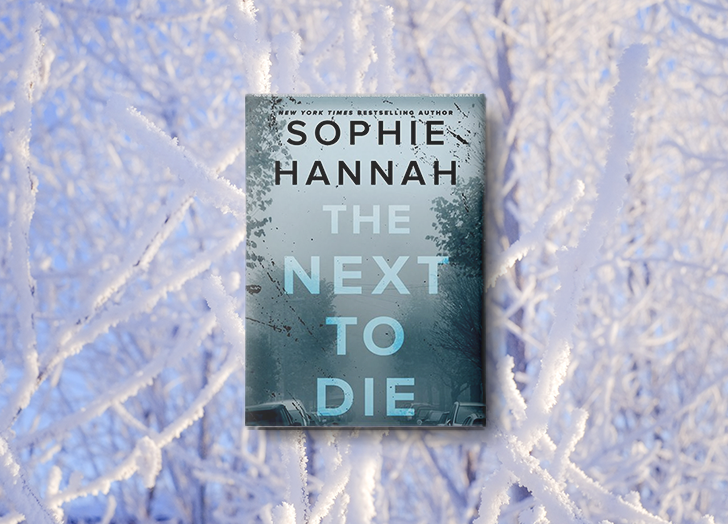 the Next To Die By Sophie Hannah (available February 19)

We always thought that having a best friend was a good thing. But that’s definitely not the case in Sophie Hannah’s latest thriller. A killer is on the loose, and he’s targeting pairs of besties—he kills them one by one, and gives each a little white book. Comedian Kim Tribbeck has one of the books, given to her by a stranger at a gig a year ago, and now she worries that she’ll be the next victim. The only problem? She has no best friend. It’s an odd premise for a mystery, but Hannah is a master of her craft and pulls it off with plenty of suspense to spare. 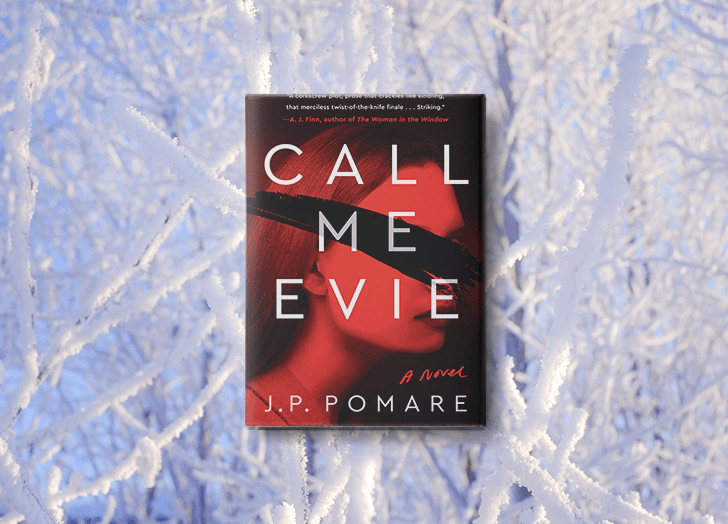 There’s something endlessly fascinating about the psychology of a kidnapping victim. (See: Room. Also, The Unbreakable Kimmy Schmidt.) And this riveting debut is no different. It introduces us to 17-year-old Kate Bennet, who has been held for two weeks in a cabin in a remote Australian beach town. Her captor, a strange man named Bill, tells Kate that she’s there for her own protection—that she did something terrible, and that he’s helping her hide. Kate has no memory of the things he says she’s done, and just yearns for her old life. But what if he’s telling the truth? 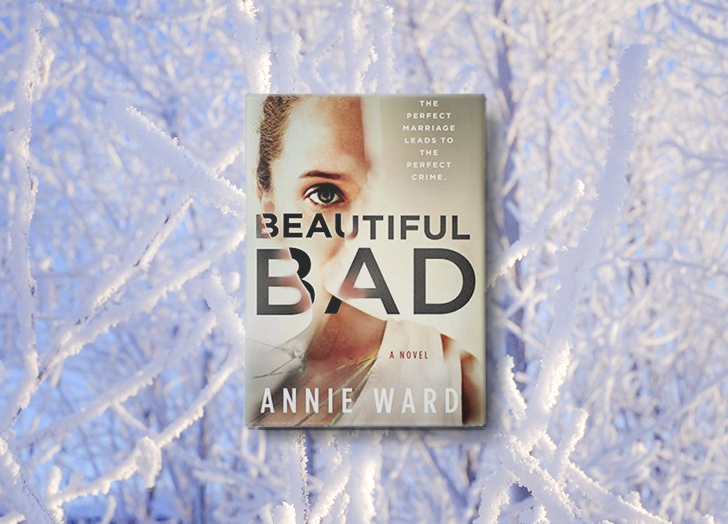 At first glance, Maddie and Ian seem like an ordinary, happily married couple living in suburban Kansas with their young son, Charlie. But their love story was a little more unusual—they met at a party in the Balkans when he was in the British army, and she was a travel writer visiting her best friend, Jo. And scars from the past seem destined to bubble up again—Ian suffers from PTSD and Maddie is haunted by her complicated friendship with Jo—until they finally culminate in a shocking crime. It’s hard to know who to trust (if anyone) in this gripping, globe-spanning story.