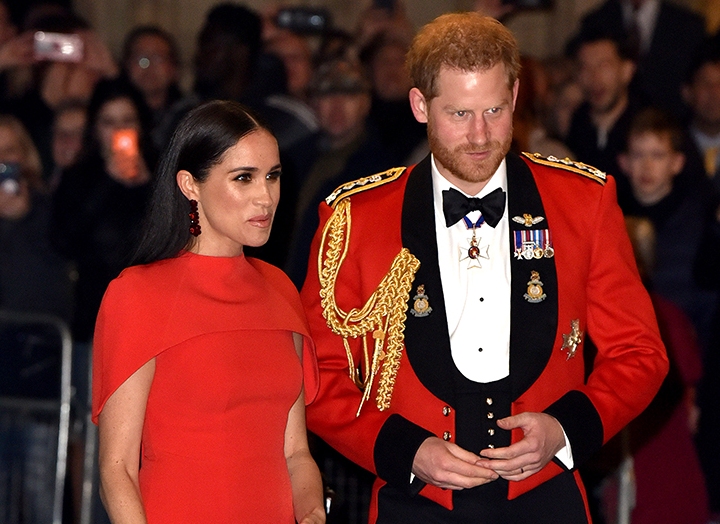 Sorry, The Crown fans. Looks like we’re not going to see any Meghan Markle and Prince Harry drama on the small screen.

When we learned that the Netflix series was renewed up to season six, part of us hoped for at least a tiny glimpse of the Duke and Duchess of Sussex together (perhaps even their controversial royal exit). However, a new interview with creator Peter Morgan revealed that it’s just not going to happen.

During a chat with Town & Country, Morgan stated that the final season will cover the administrations of John Major and Tony Blair, which puts the end of the series roughly around 2007. So, it makes sense that fans won’t get to see Meghan and Harry’s relationship, considering they didn’t even meet until 2016. And turns out, the show’s creator is quite “happy” not to be touching on the topic.

“The Meghan and Harry story is nowhere near over yet,” he told the outlet. “And I’m happy that I’m never going to write it.”

While we are a bit disappointed to hear the news, we’re still excited to be receiving a look at other modern royals (specifically, Princess Diana) in the upcoming seasons. If you didn't know, the fourth installment of The Crown (which will likely cover the late ’70s and early ’80s) is coming to the streaming platform on November 15 and already has a series of trailers. And by the looks of the footage, not only do we get a glimpse into Princess Diana and Prince Charles’s tumultuous relationship, but we are also introduced to Gillian Anderson’s Margaret Thatcher.

So, although the Sussexes will have no part in the series, we believe there’s still plenty of drama in store. And we can’t wait.