7 Women Put Lively’s New No Wire Strapless Bra to the Test. Here’s How It Went

Finding a strapless bra that’s both comfortable and stays in place while we move is as rare as a Frank Ocean album—they don’t come around very often, but when they do we find ourselves overjoyed and cling to them for dear life. PureWow’s editors are always excited when given the opportunity to test out some new bra technology in the hope that this will be that Cinderella fit that can do it all. So when Lively announced its new No Wire Strapless bra, a wire-free design that goes up to a size 38DD, we were all too eager to give it a go. Here’s what our seven testers, ranging in size from a 32B to a 36D, had to say.

What Makes the No Wire Strapless Bra So Special:

Lively’s No Wire Strapless was specifically designed to blend comfort with practicality, and features a flexible material to (hopefully) avoid the pinching and digging that often comes from wired bras, without sacrificing on support. It comes with many of the same strapless design elements we’ve come to expect—no-slip silicone strips along the band and cups, boning on the sides for structure and support, adjustable straps to convert your bra into a regular old T-shirt style, cross back or one-shoulder silhouette. But there are also four hook-and-eye closures in the back for better 360-degree support, and the cups are molded to better fit the natural shape of your breasts. It’s also just $45, which is less expensive than almost every other PureWow-beloved strapless bra. 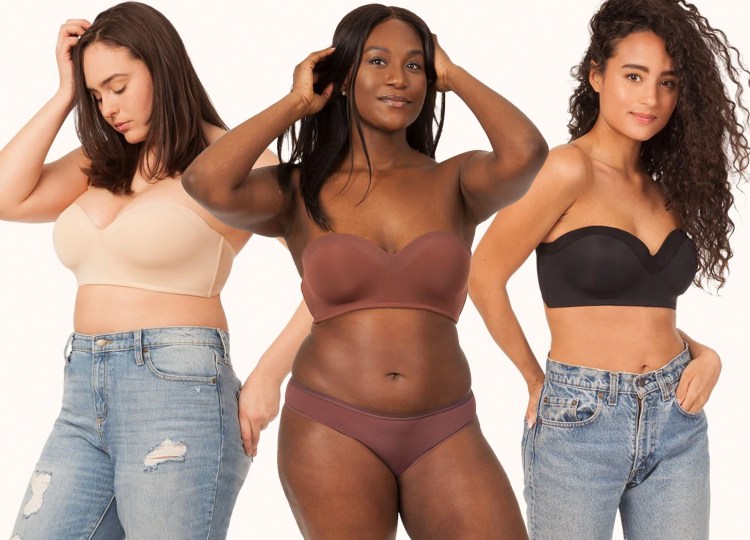 What Our Testers Loved:

The good news first: This strapless bra won’t budge no matter how hard you bust a move on the dance floor. “I had to adjust it only once, and very slightly, after jogging a very short way,” admitted Nakeisha, size 34C, “but still it was way better than the strapless bra I owned before.” Roberta, size 32D, even felt comfortable enough to dance the night away at a wedding reception without feeling the need to readjust at all. “I never had to reach down and adjust, which was such a huge win! I’m usually hiking my bra back up all night long.”

She and most other testers were also huge fans of the molded cups. “I was so surprised by how sturdy and secure the cups felt,” said Catrina, size 34B. While the flexible, comfortable material is thicker than your average T-shirt bra or little lace number, it’s not heavily padded, a major bonus for our testers. Jillian, size 32B, loathes basically all bra padding but found the No Wire Strapless did give her gals a natural-looking lift she appreciated (“sophisticated cleavage,” as she put it) without making her feel like the cups were either under or overfilled. And almost all the women found the bra lay beautifully under both strapless dresses and looser cotton tees or tops, with no obvious poking or creasing.

As for support, our three D-cup size testers and one of two C-cup size testers found it offered just as much support, if not more, than wired styles they’d worn in the past. “It felt like a nice mix of my other two strapless bras,” said Jillian, “one of which is very supportive with underwire and one of which is basically a tube that gives me a uniboob—it has the support of a wire but the comfort of a less structured style.” Nakeisha, on the other hand, wasn’t 100 percent sold. “I love that it’s sturdy, no doubt, but it's not the kind of bra I'd wear when I know I'm going to be moving around or dancing a lot—simply because my boobs are on the heavier side and I don't think [strapless bras generally] offer enough support.”

And last, but certainly not least, our testers were pleasantly surprised by how comfort the material was, especially after a few hours of wear. As Liz, size 36B, put it, “It all felt very comfortable and natural. A non-event, if you will, but in a good way.” After multiple hours of wear, only one tester said she was itching to take it off, with almost everyone else on the side that the No Wire Strapless is no less comfortable than their regular everyday bras—which we consider a notably big win for a strapless style.

What Our Testers Would Change:

All seven testers found the band felt pretty snug, but admitted that that’s simply the nature of most well-fitting strapless bras. Most felt it was still comfortable enough to wear for at least a couple hours without really noticing. There were a few other complaints as well. Nakeisha found the boning on the side did start to buckle as the day progressed, and Jillian wondered if the lift the bra provided might be too much under a casual weekend dress as opposed to a more formal frock. Stephanie, size 32D, also found the bra had too much coverage for her taste. “It swallowed my boobs whole!” she told us. “I really wished I could cut the cups down about ¼ of the fabric, so I didn’t feel quite so covered up.” And while the bra does come in black, beige and brown, we do wish it came in more nude shades to better fit a wider range of skin tones. 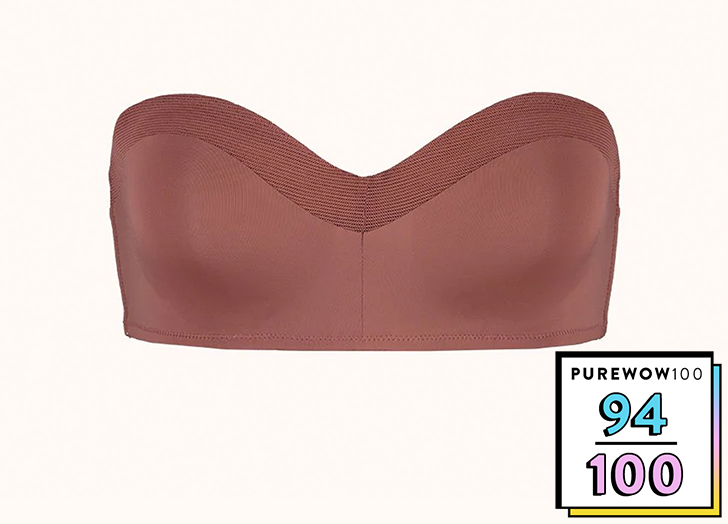 The Lively No Wire Strapless definitely delivers on its promise to blend comfort with practicality. It’s not the sexiest bra, but we love the sleek minimalist design anyway and can tell it will last well through lots of washes and wears. Six of our seven testers were very happy with the bra and will definitely wear it again now that summer (and the busiest wedding season in more than 30 years) is approaching. As for our seventh tester, Stephanie was not a fan but did find herself loving Lively’s OG design, the Smooth Strapless bra. “[The No Wire Strapless] just had too much coverage, I much preferred the balconette fit of the Smooth Strapless. It also didn’t dig in as much and so was more comfortable over the course of a few hours.”

Multiple testers found that the No Wire Strapless out-performed or at least matched the quality of more expensive brands they’d worn in the past. Even Stephanie admitted that for just $45, and with Lively’s stellar reputation and free returns, she would have ordered herself a bra knowing there was a chance it wouldn’t work out.