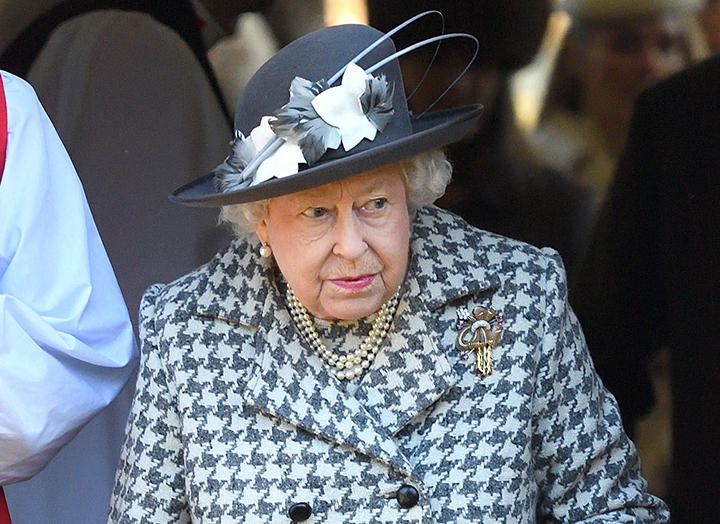 There’s no denying that Queen Elizabeth employs a wide variety of staff that works for her at Buckingham Palace, Windsor Castle, Balmoral and every other estate she has. However, we just learned of a very important responsibility belonging to Her Majesty’s page, thanks to a new royal book.

Per Marie Claire, in his novel, Long Live the Queen! 13 Rules for Living from Britain's Longest Reigning Monarch, author Bryan Kozlowski reveals that it is the page’s job to signal the kitchen and waitstaff when the 94-year-old monarch is ready for her next dinner course.

“Once the Queen puts down her cutlery, an ever-watchful page behind her presses a button on a handheld zapper, which sends a literal green-light signal to the kitchen, ushering in the next course," Kozlowski writes in the book, citing former royal chef Darren McGrady.

If you didn’t know, one of Elizabeth's major royal rules is that when she’s done eating, so is everyone else. This, apparently, also applies to courses. Meaning when the queen is done with her soup, the page presses his special button and the staff brings out the next course. So, if you’re not finished—too bad.

This isn’t the only rule Lilibet has for dinner—anyone dining with her must also leave the table discreetly. If a royal must use the restroom during a meal, they don’t announce it to the table. Instead, they apparently simply say “Excuse me,” and that’s that.

We wish we had a button that would signal someone to bring us food when we wanted it. And that our kids wouldn’t announce that they had to use the bathroom.

RELATEDThe One Food Queen Elizabeth Never Ever Eats, According to Her Former Chef