We often talk about red flags in dating and relationships—they get jealous when you spend too much time with friends, you do the lion’s share of the housework, etc.—but what about green flags? You know, the little signs that you and your partner have built a strong foundation and are primed and ready to be in it for the long haul? From being able to sense that something’s wrong to mirroring each other’s mannerisms and speech patterns, here are 12 green flags in a relationship that should serve as a positive reminder that you’re on the right track.

There Are 4 Types of Couples Which One Are You? 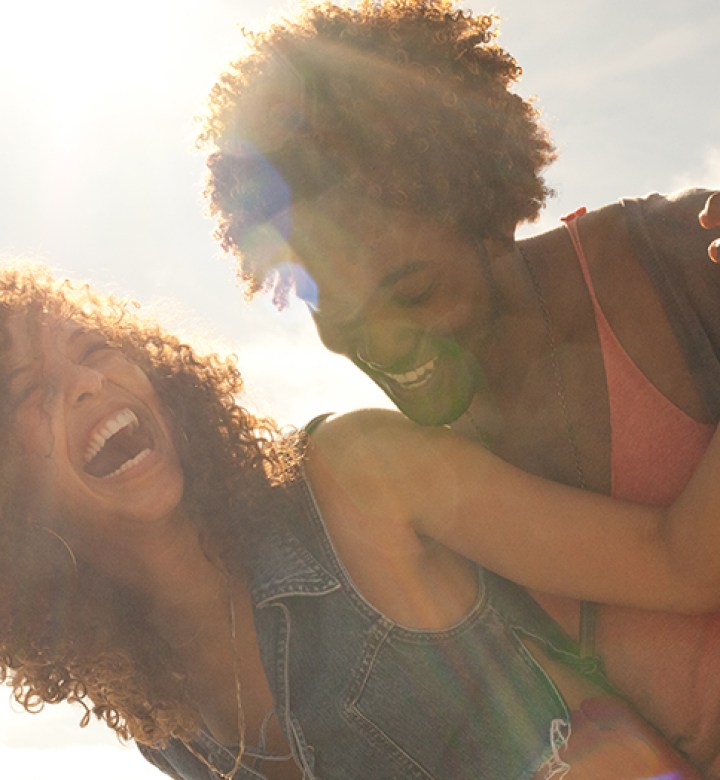 1. You Adopt Each Other’s Mannerisms

It’s always kind of funny when people choose partners who look just like them, but it turns out that mirroring each other can be a mark of lasting love. “People in thriving relationships take on their partner's habits, interests and mannerisms,” reports Psychology Today. “After dating for a little while, they pick up new goals and interests (You went hiking?); new and quirky turns of phrase (Did you really just say ‘groovy?); or new habits (When did you start drinking oat milk?).” It’s called self-other overlap, and it’s a sign your love is here to stay. Basically, according to a study in Psychological Science, “people who speak in similar styles are more compatible.” Pretty groovy, no?

2. You Don’t Get Bored with Average Days

Every day can’t be a whirlwind of romance, but when you have a strong emotional connection to your partner, it doesn’t matter. It’s not about constant chemistry, but rather a constant companionship. In fact, you’ll find that couples with the strongest emotional bonds often just want to cook dinner together and watch Netflix. The mundane is as important, and fulfilling, as the grander gestures.

3. You Don’t Feel the Need to Post Long Tributes on Social Media

We get it—you’re in love and you want all of your Instagram followers to know it. But according to researchers from Haverford College, the more insecure someone is feeling in a relationship, the more likely they are to post to social media for some kind of validation. Yikes. By all means post the adorable snap of you two on vacation, but if you (or your partner) are oversharing on the internet about your relationship, then maybe take a look at what’s really going on between you two.

4. You’re Physically Affectionate (Not Just When You’re Having Sex)

Let’s get this out of the way: You don’t have to have sex every night (or even every week) to have a great relationship, according to a study published in the Journal of Personal and Social Relationships. But interestingly, even small acts of physical affection have a big impact. “Initiation [of physical contact] communicates a desire to be close, have sex, create interest in the relationship,” explains study co-author Chelom Leavitt. “So even when couples don't have sex, they are strengthening the relationship by communicating desires to be close and committed to the relationship."

5. You Do Little Things for Each Other

“Our motto for making marriage last is ‘small things often,’” says relationship coach Kyle Benton. “The small acts that demonstrate you care are powerful ways to enhance the positivity in your marriage.” From folding his socks just the way he likes them to picking up a burrito from her favorite Mexican spot on your way home, the little things add up. “

No matter how many years you’ve been together, the foundation of the relationship is a strong friendship. You respect and value each other. You turn to each other for guidance, and you enjoy spending time together. If all else was stripped away, and the romantic relationship never existed, you’d still want to call them a friend.

Emotional connection doesn’t always mean you have to talk nonstop. According to dating and relationship coach Jenna Burch, “An emotional connection with your partner is the ability to have deep, substantial conversations about things you’d struggle to talk to just anyone about—feelings, friends, family entanglements, politics, religion, goals and dreams.” On the flip side, she notes, those with strong emotional connections can also just enjoy each other’s company and can sit in total silence, comfortably. “There's peace and solace in something as simple as that.”

Codependent relationships, platonic or romantic, are a red flag. But Robert Weiss, PhD, MSW, a sex, intimacy and relationship specialist, theorizes that by labeling relationships as codependent, we’re essentially punishing them for what is actually a good instinct: loving and caring about your partner. That’s why he coined the term prodependence. In a nutshell, Weiss explains that prodependence “is an attachment-focused (rather than trauma-focused) term I’ve created to describe relationships that are healthfully interdependent, where one person’s strengths fill in the vulnerabilities of the other and vice versa, with this mutual support occurring automatically and without question.” So basically, it’s a positive, symbiotic relationship in which the couple is supportive of, but not overly relying on, one another. Hmm. That sounds…healthy.

This one’s a no-brainer to anyone who’s ever cohabitated, but there’s actually some data to back it up. According to a Pew Research poll, sharing household chores ranks third in importance on a list of nine issues associated with successful marriages (after faithfulness and good sex). Your relationship should be a partnership in which both parties are equally responsible.

10. Good News or Bad, They’re the First Person You Want to Tell

When you find out big news like you got a promotion or your grandmother is sick, who do you tell? If you wouldn’t tell your significant other first, you might be wise to question the strength of that emotional bond. If you have a strong emotional connection to your partner, they are your automatic first call or text. You don’t even think twice.

11. You Can Both Sense When Something’s Wrong

Those with strong emotional connections are intuitive about their partners. You don’t need your significant other to say, “I had a bad day.” You know because you see it on their face when they come home from the office. It comes across when they text you short and clipped. You can tell when their anger is masking hurt. And you know how to talk to them and deal with them on bad days; they learn the same about you.

A study published in The Journal of Personality and Social Psychology found that the way couples react to each other’s good news—either with excitement, pride or indifference— is vital to a long-lasting relationship. And the news doesn’t have to be about the big stuff, either. Did your partner beat their Peloton score by a handful of points? Cause for celebration—or at least a high five and a hug.