With popular ‘90s shows like That ‘70s Show, The Fresh Prince of Bel-Air and Charmed getting a reboot, it’s no surprise that Dawson’s Creek fans have been asking for one too. But, as far as Katie Holmes and some of her castmates are concerned, the overall concept seems like a very bad idea.

In the original series, she played the role of Joey Potter for all six seasons. In a new interview with Screen Rant, the 43-year-old actress shared that she isn’t too fond of the idea of a Dawson’s Creek reboot.

“I’m so grateful for that experience,” she said. "We’ve definitely talked about it over the years, but I feel like that show captured that time period and that time in all of our lives.” 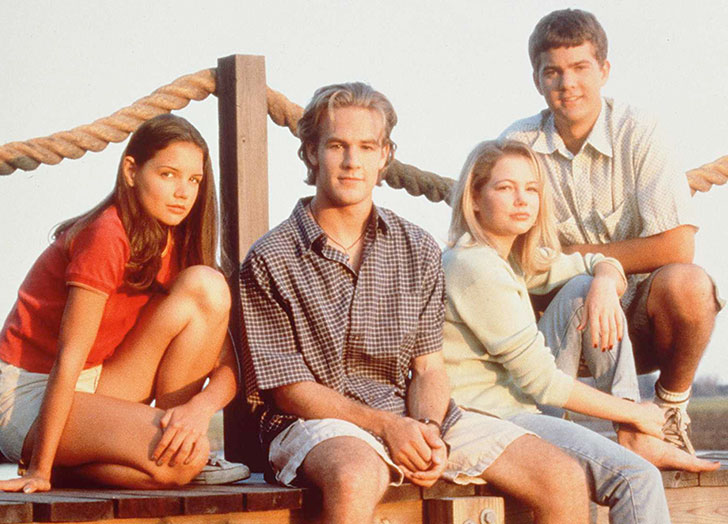 But Holmes isn’t the only cast member who feels this way. During the interview, she revealed that her former castmates—James Van Der Beek, Michelle Williams and Joshua Jackson—seem to agree with her.

“I think it's great that [fans] are nostalgic for it. So am I. But it's like, do we want to see them not at that age?” she added. “We all decided we don't [want a reboot] actually.”

Back in September 2021, Jackson (who played Pacey Witter) shared a similar sentiment in an interview with The Guardian. He shared that he couldn’t picture the Dawson’s Creek cast participating in a televised reunion special—similar to the Friends reunion on HBO Max.

“I think because the Friends cast were already adults when they were doing the show, it's less jarring to see them now,” he said at the time. “If you put our mid-40s selves together on a couch now, with our creaking backs, it might shock people.”