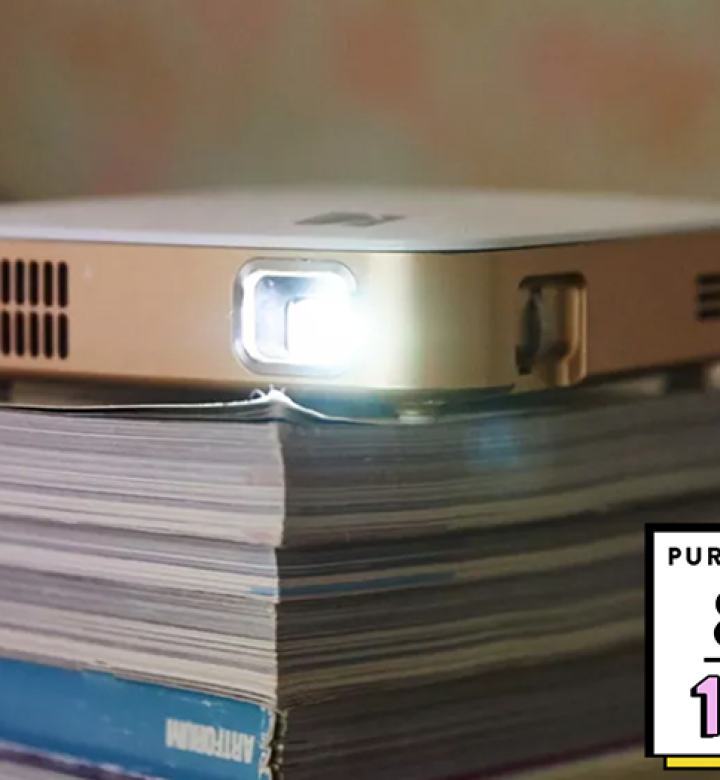 Projectors have come a long way over the past few years. Case in point: The Kodak Luma 350, which is roughly the size of your hand and projects a screen up to 200 inches (aka 16+ feet!) in size. Oh, and it can connect via Bluetooth and Wi-Fi, so you’re not fussing with a bunch of cables. The sleek white and Champagne gold device seemed a little too good to be true, so we tested it out over a few months, trying it in a variety of environments—against dark and bright walls, at all times of day, compared side-by-side against a flat screen TV—to determine whether it’s worth the $300 price tag. Here’s our honest take.

Pro: The Picture Quality Is Top-Notch

If you have white or light-colored walls, you won’t even need a projector screen to enjoy crisp, clear videos. We were amazed by the vivid display—thanks to its ability to show 16.7 million colors and support HD video—which beat out other mini projectors we’d tried. The bigger the screen, the less defined the picture was, so we stuck to about 70 to 80-inch projections (which, TBH, was more than enough). Sure, the color wasn’t as saturated as an actual TV when we compared them side by side, but it was still clear enough that we didn’t feel like we were missing out. 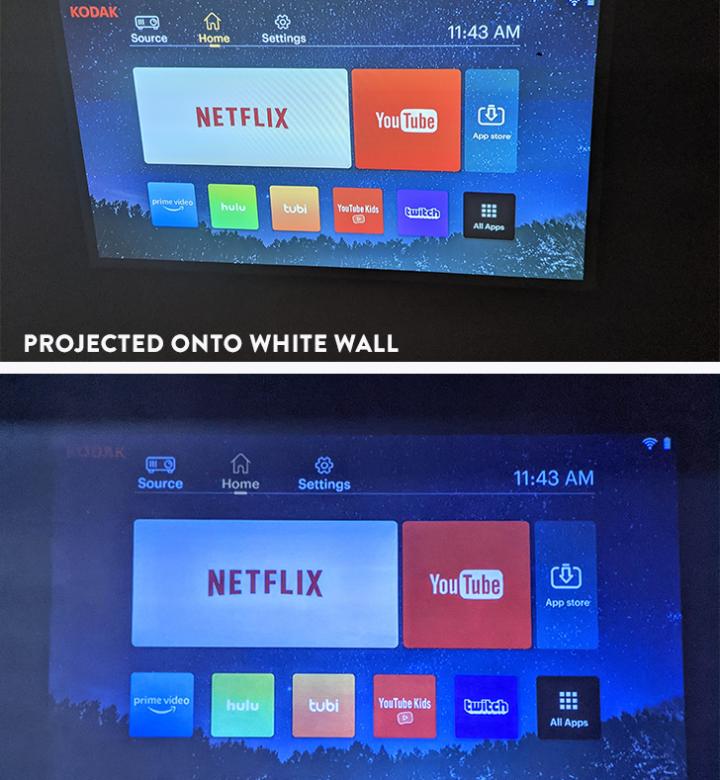 Pro: It’s Easy To Set Up and Navigate

The quick-start guide walks you through connecting it to Wi-Fi and streaming videos, but the setup is so intuitive you barely need to scan it to figure things out, especially if you’re familiar with using Android devices (the Luma 350 runs on an Android interface). Within minutes, we were able to log in to Netflix, Hulu, YouTube and Disney+, streaming our favorite shows just as easily as we’d turn on our TV.

Pro: It's Great for Traveling

You can toss this projector in your bag and take it anywhere, turning just about any room of your house—or stretch of fence in a backyard—into a makeshift movie theater. And it’s way more enjoyable than trying to binge Manifest on your phone or laptop. 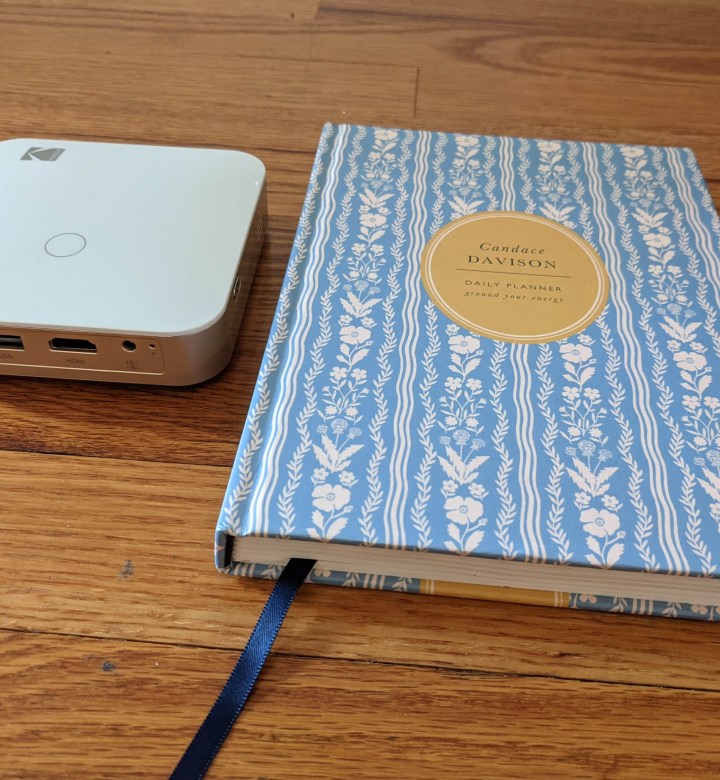 Con: The App Is Seriously Glitchy

Don’t bother downloading the Kodak Luma app to control the projector; across multiple devices, we found that it continually had issues crashing, freezing or failing to click. You’re better off using the remote control (which comes with the Luma 350). It’s sleek and responsive, and we never had any issues using it.

The one area where we did have issues with the projector—beyond the app—was when we frequently hopped from one streaming app to another, flitting between quick videos. Occasionally, an app would freeze, prompting us to restart the machine. However, when streaming movies or shows, this wasn’t an issue. If you want to sit back and relax with a series that’s 30 minutes or longer, this projector’s ideal. It may not replace your TV, but it’s a great way to create an immersive, home theater environment wherever you are—or simply get in on the TikTok “fake window challenge.”

tech
by Destinee Scott
The New Samsung Galaxy S23 Smartphone Captures Milestone Moments in Crisp Detail (& The Battery Life is Impressive)
tech
by Destinee Scott
The Samsung Super Bowl TV Sale Is Here (with Savings Up to $3,500)
tech
by Jenny Jin
According to Gen Z, We're Taking Selfies All Wrong. Here's How the ‘0.5 Selfie’ Can Upgrade Your Instagram Game
tech
by Dena Silver
This PopSocket Cart Mount Has Been a Game-Changer for WFH (and Working Out From Home)
tech
by Chelsea Candelario
I Never Considered Using a Tablet Until I Got My Hands on the Amazon Fire HD 10
tech
by Taryn Pire
Psst: Meta’s Virtual Reality Headset Is on Sale at Amazon for Cyber Monday 2022