Prince William is ready for his The Crown debut…kinda.

The first photo of the Duke of Cambridge’s season four arrival in the hit Netflix series just dropped and it’s pretty adorable if we do say so ourselves. Why, you might ask? Well, although he’s a 37-year-old dad of three now, in season four of The Crown, Prince William is just a baby.

As the story goes, Princess Diana changed the entire royal tour game when she insisted on bringing her newborn son, Prince William, along during her and Prince Charles’s visit to Australia shortly after his birth. At the time, Prince William was just nine months old and royal protocol stated that children of that age should be left at home while parents enjoyed their tour separately. True to Princess Diana’s nature, she bucked tradition and made her own rules. As a result, Prince William was the first royal baby to ever officially go overseas with his parents. Here’s a photo of the Duke of Cambridge’s first endeavor as a working royal. 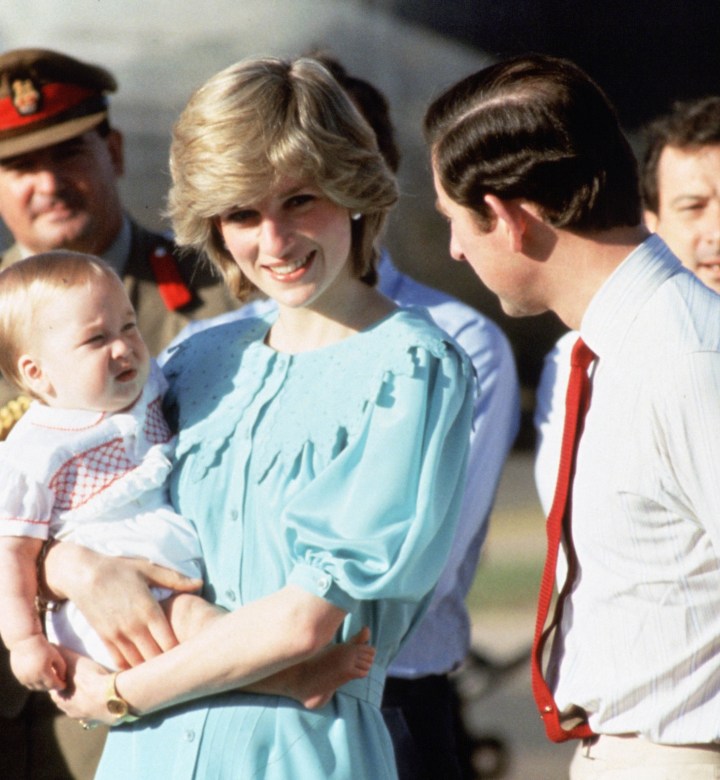 It’s hard to tell whether the IRL baby Prince William and the infant actor who play him resemble one another, but Corrin undoubtedly looks like the Princess of Wales.

Although season three of The Crown just aired last month, fans are already eager for season four, which is the currently shooting in Spain. The forthcoming season covers the years 1979 to 1990 and will potentially also introduce Prince Harry, who was born in 1984.