I Grew Up Celebrating Lunar New Year with Dduk Guk, and This Year, I’d Like You to Join Me

Dduk guk, dduk gook, tteokguk. Though the Romanized spelling of this traditional Korean dish is debatable, its purpose is not: Dduk guk is the celebratory meal for Koreans on Lunar New Year, or Seollal, as we call it.

If you’re unfamiliar with the dish, dduk guk is a savory soup that’s filled with dduk, or chewy rice cakes, and garnished with thin, pan-fried slices of egg, dry roasted seaweed, beef and chopped green onions. You can also add dumplings to your soup to make it even more filling, which is what my grandmother always did.

Traditionally, the soup is made with a beef broth, though there are some recipes that call for an anchovy or chicken stock base. The namesake dduk, or rice cakes, come pre-sliced in thin oval discs that you drop into boiling soup to soften them to a toothsome texture. My mom says the rice cakes symbolize long life because they’re so hearty, but I’ve also read that they’re a symbol of prosperity, because their cylindrical shape resembles coins. I’m going to combine the two and just say that they’re an emblem of abundance, and a tasty one at that.

Though I grew up in a not-so-diverse suburb of New Orleans where I was the only Korean kid in my entire school, I have vivid memories of celebrating this culturally significant holiday with my family every year. 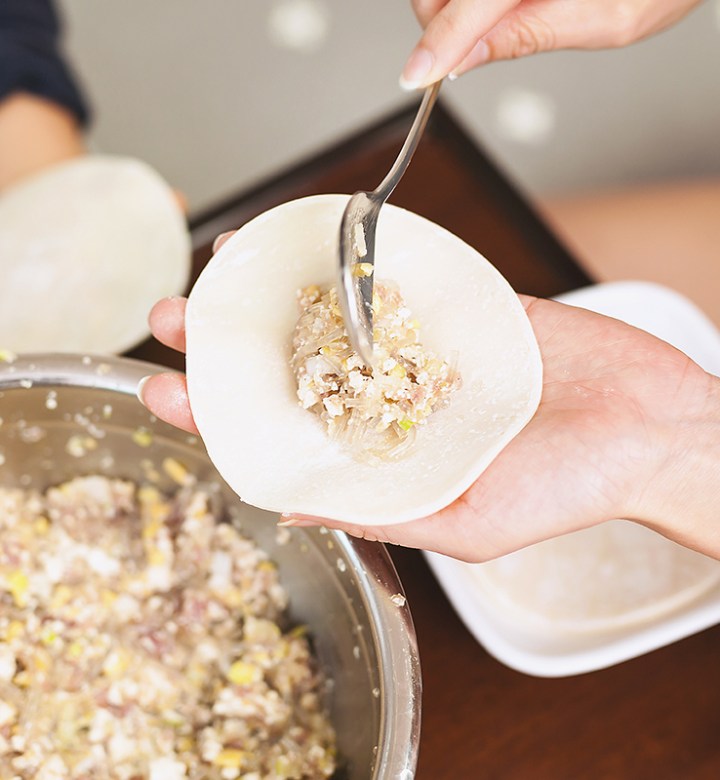 The night before Seollal, my mom, grandmother and I would sit around the kitchen table and make trays of dumplings to go in our dduk guk. As a kid, I was endlessly entertained by the squishy sensation of molding and crimping each dumpling with my little hands.

In the morning, I’d wake up to the smell of rich broth simmering away in the kitchen, accompanied by the thwacking sounds of my grandmother chopping away at the cutting board. While she prepared the dduk guk, the kids would put on our hanboks, a customary dress that was beautiful in hindsight, but incredibly itchy and cumbersome to an eight-year-old. 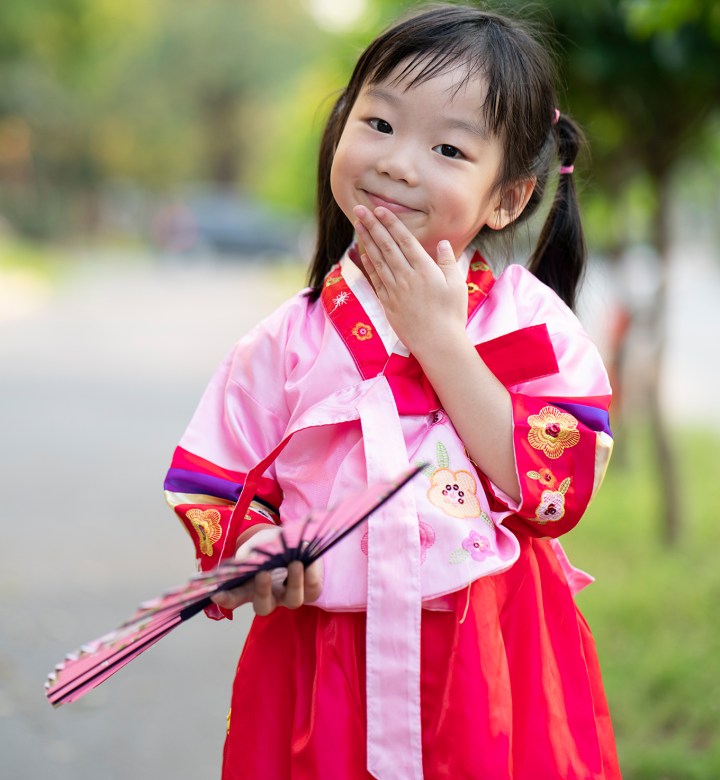 Before we sat down to eat, the family would gather in the living room, and we’d all take turns bowing to the elders. My brother and I would bow to my parents and wish them health and “many blessings in the new year,” and then my parents would do the same to my grandparents. Now here’s the exciting part: After each bow, the elders would slip you some cash.

When I was younger, I used to bemoan the fact that we didn’t really celebrate Christmas in our home, but looking back now, I’m realizing that Seollal was our Christmas in many ways. It was a time for the family to get together and gift each other our presence, rather than presents (unless you count the crisp $20 bills, which I most certainly did).

Once everyone wished each other their blessings, we’d all go back to our rooms to change into more comfortable clothes before digging into heaping bowls of dduk guk. 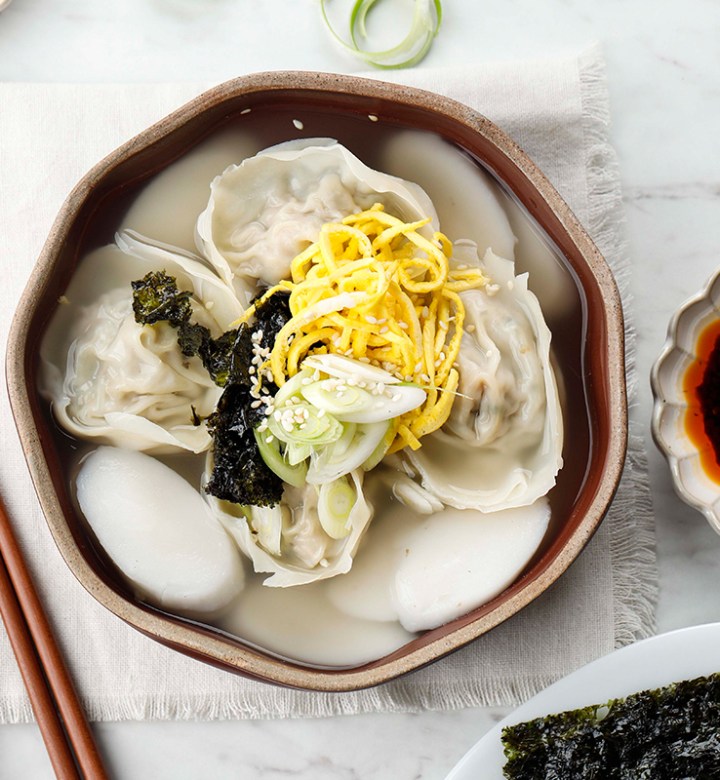 Seollal looks different now since my grandparents have passed away, and I am no longer a fidgety child in her scratchy hanbok, but I plan on making a bowl of dduk guk all the same this year. Luckily, you can find the ingredients for it way more easily than before (I was able to find a bag of dduk at Trader Joe’s this weekend!) and there are plenty of beginner-friendly recipes you can follow on YouTube and TikTok, like this ASMR-inducing clip below.

Happy Seollal, everyone. May you have many blessings this year.

17 Korean-Inspired Recipes to Try at Home