How to Respond to Someone When They Say ‘All Lives Matter’

As the movement against police brutality and systemic racism towards the Black community grows, you’ve no doubt heard the rally cry that ‘Black Lives Matter’ in the fight to end of violence and demand equality for all Black people. And, with the rise of ‘Black Lives Matter,’ a counter slogan was formed that not only confuses the story being told but tries to silence it: ‘All Lives Matter.’

So, if you’re unsure about what ‘Black Lives Matter’ means, how to respond to someone when they say ‘All Lives Matter’ or just curious to know why saying ALM doesn’t benefit anyone, let us explain. 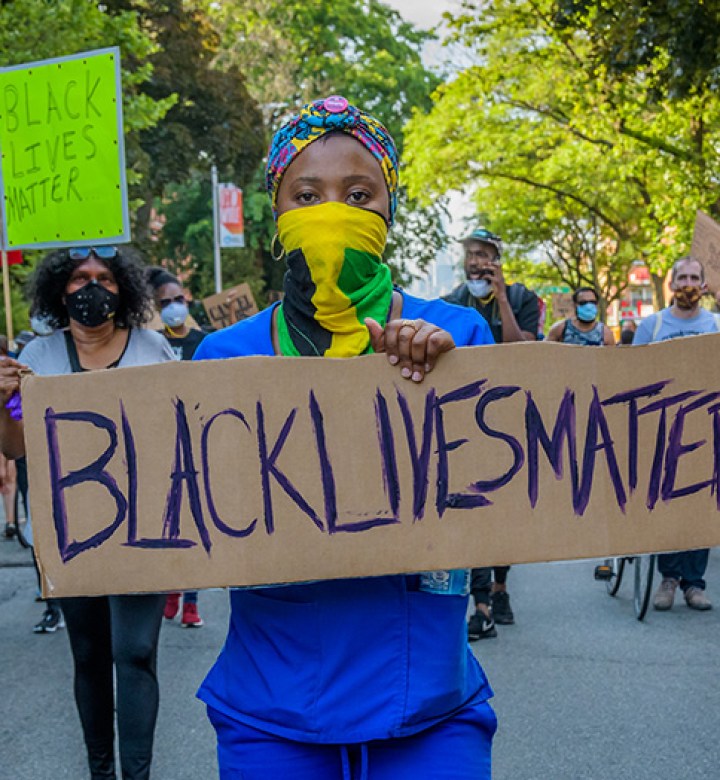 What Does ‘black Lives Matter’ Mean?

The phrase ‘Black Lives Matter’ is simple. Black people shouldn’t be an afterthought, especially when they are dying, assaulted or prosecuted at an alarming rate due to the color of their skin. The statement is not political or controversial. It’s an expression that calls out for justice, respect and empathy for every life that has been affected by discrimination, prejudice and misrepresentation for centuries. Point blank: It’s raising awareness for basic human rights.

The phrase became a trending social hashtag after unarmed Black teen Trayvon Martin was shot and killed by George Zimmerman in 2012. The global organization Black Lives Matter was founded a year later after Zimmerman was acquitted for his crimes.

Since then, the organization has expanded on the meaning of BLM and stated their mission is "to eradicate white supremacy and build local power to intervene in violence inflicted on Black communities by the state and vigilantes. By combating and countering acts of violence, creating space for Black imagination and innovation, and centering Black joy, we are winning immediate improvements in our lives."

While the tragedy of Trayvon Martin sparked national change, the fight against police brutality and systemic racism continued. Two years after the organization was created, unarmed Black teen Michael Brown was shot six times by police officer Darren Wilson, who was not indicted on any charges in Ferguson, Missouri. Eric Garner died from a chokehold in New York City by police the same year. Since 2014, many Black people have died in the hands of the police. Recently George Floyd, Breonna Taylor, Rayshard Brooks and many more countless individuals have sparked growing movements with many shouting enough is enough, Black Lives Matter.

But if the growing movement and the phrase still feels off-putting to some, U.S. policies, law, tradition and history have shown to disproportionally favor white people, leaving Black people to suffer greatly. Just look at some recent stats below:

‘Black Lives Matter’ is not just a hashtag or slogan. Black lives should always matter even outside of a social media post and we can’t stress enough that when we say ‘Black Lives Matter’ we are including ALL Black lives (young, old, Afro-Latinx, biracial, trans, non-binary, gender non-conforming, to highlight a few). It’s important to understand that this is not the first movement to spread awareness for Black lives and people are and will continue to fight for equality and the end of violence against Black people. 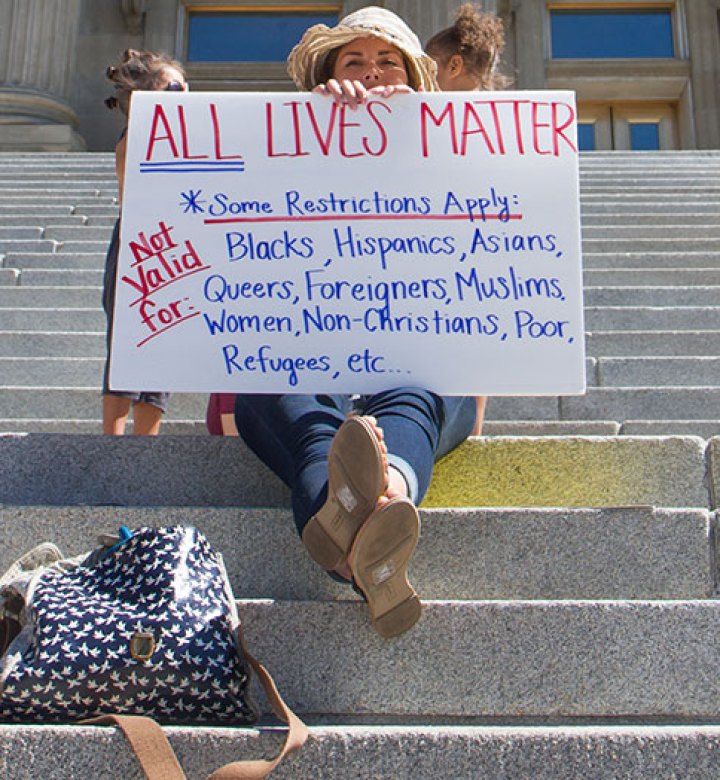 So, What’s Wrong With ‘all Lives Matter’?

It’s a Weaponized Phrase Meant to Silence the Oppressed

Don’t get us wrong, all lives do matter. Or, at least they should. The reason BLM exists is because systemic racism, police brutality and murder against the Black community show over and over again that Black lives don’t seem to matter. So, a person who says ‘All Lives Matter’ is actually proving the point that Black people continue to be a second thought in bigger issues.

Not only that, but the phrase ‘All Lives Matter’ is specifically weaponized to silence the call for justice and equality that created the Black Lives Matter movement in the first place. The phrase might feel like it’s uniting us, but it’s actually dividing the country even more. It’s even an example of racial gaslighting, a tactic used to make marginalized communities question their reality, stance on an issue or overall their ideals because it's denying something that’s true—the racism is real and it is hurting—even killing—Black people.

One More Time For The People In The Back