Meghan Markle Stepped Out for Commonwealth Day and Wait—Where's Her Engagement Ring?

Meghan Markle probably didn't forget to wear her engagement ring for Commonwealth Day on Monday, but she definitely left the house without it.

Blame it on swollen pregnancy fingers (or just settling in to her marriage), but the duchess decided to wear only her thin gold wedding band as she stepped out for an event at Canada House today with Prince Harry. 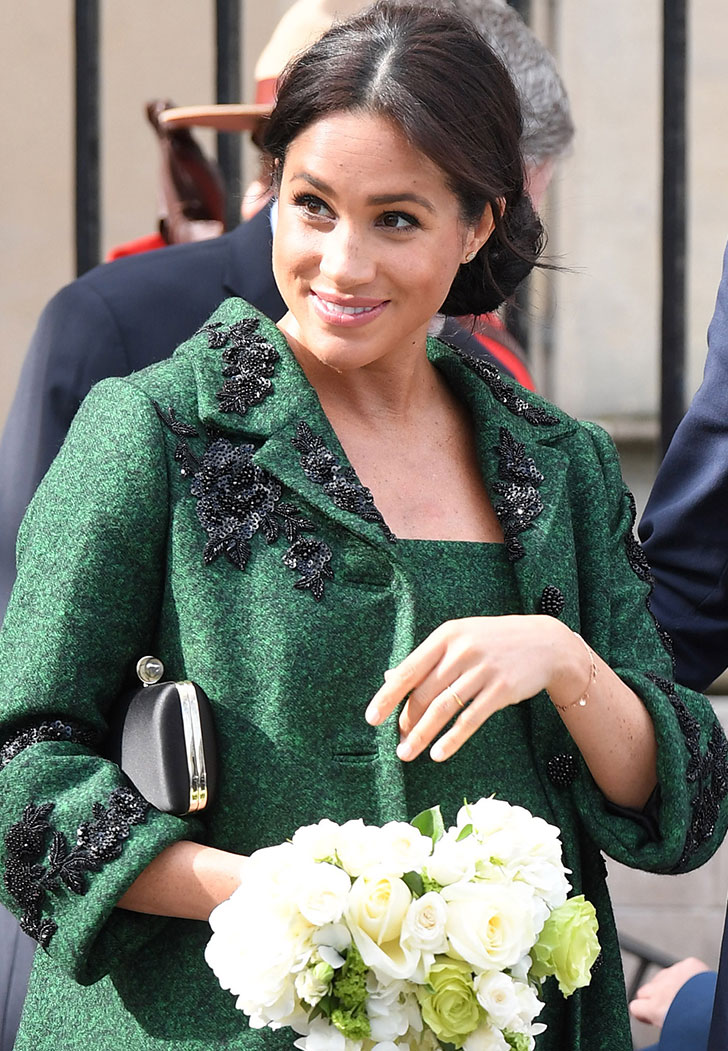 A common practice for women who are further along in their pregnancy, leaving off fitted jewelry (particularly an engagement ring, in addition to any other rings) is totally normal.

Markle, who typically wears all kinds of bling on her hands (particularly midi and thumb rings), wore a loose-fitting Kismet by Milka bracelet. She also wore a thumb ring on one hand, but we're guessing the duchess's engagement ring was probably too well-fitted to wear at this late stage of her pregnancy. 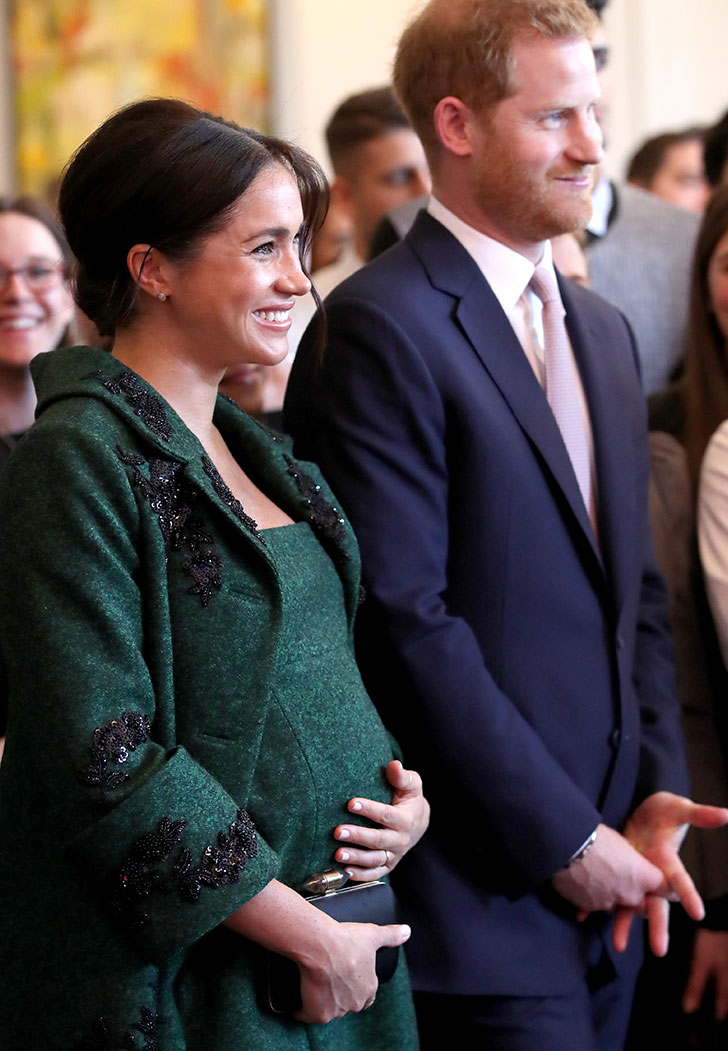 The eight-months-pregnant royal followed in Kate Middleton's green-wardrobed footsteps and opted for an emerald green coat and dress by Canadian brand Erdem.

The duchess and Prince Harry attended a pre–Commonwealth Day service event at Canada House in London. Considering the mama-to-be lived in Toronto while filming Suits, the country holds a special place in her heart.

Prince Harry and Markle made maple-flavored taffy with children at Canada House and received a baby's onesie and moccasin booties featuring the maple leaf symbol of Canada as gifts.

Later, the Sussexes will join Queen Elizabeth, Middleton and Prince William, as well as the rest of the royal family, at Westminster Abbey for Commonwealth Services.