July Will Be Jam-Packed with Astronomical Events. Here Are 4 to Watch Out For 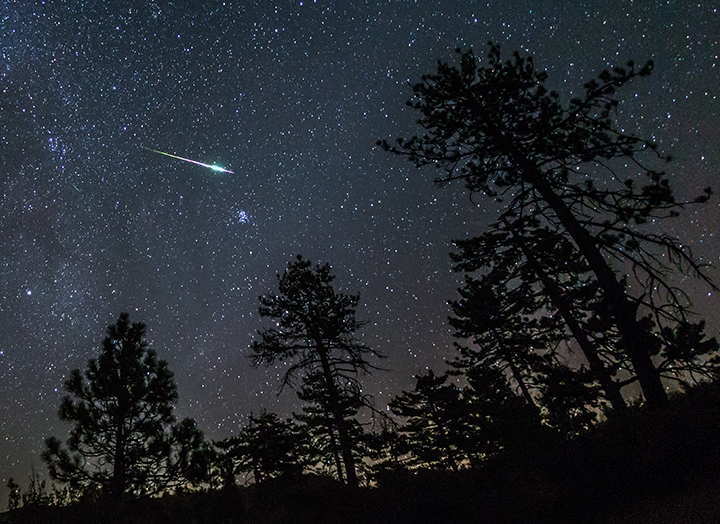 June’s strawberry full moon has nothing on July. Expect not one, but four super-cool astronomical events to take place in the skies in July, from a patriotic lunar eclipse to a double meteor shower. With so many space-centric occasions (and plenty of time at home), you basically have no excuse to set up camp in your backyard for at least one. Here’s everything to know, so you can mark your calendar accordingly.

According to NASA, a penumbral lunar eclipse means the sun, earth, and the moon are completely aligned, casting a diffuse shadow of earth onto the moon. It’s very subtle and harder to observe than a total or partial lunar eclipse, but the moon will look slightly darker than it normally does.

This eclipse will be visible in North America, South America and Africa. It will begin on July 4 at 11:07 p.m. EDT, reach its peak around 12:29 a.m. EDT and end at 1:52 a.m. EDT (but you can find exact times for your location at timeanddate.com). So cross your fingers for clear skies and stick around past the fireworks—you might just see another show.

Jupiter and Saturn are the two largest planets in the solar system, and later in July, they’ll be at their brightest for the entire year. According to EarthSky.org, Jupiter will reach opposition, or the point in its orbit when it’s closest to the Earth, on July 14 at 4 a.m. EDT. This will be the best time to see the planet with your naked eye (that is, without a telescope, although it’s still recommended if you have one).

And on July 20, the same will occur for Saturn. Per Cambridge University, that means we’ll be able to see Saturn’s rings at their brightest and on their northern side. Take a look between about 12 a.m. and 5 a.m. EDT, when it will be most visible.

Finally, the month of July will end on a bang with a double meteor shower. The American Meteor Society calendar notes that the Southern Delta Aquariid shower will be active from July 12 to August 23, while the alpha Capricornids shower will occur from July 3 to August 15. The two showers will align at their peaks on July 28 and 29.

The only catch? The Delta Aquariids are much more visible in the Southern hemisphere, but not so much in the Northern hemisphere. The Capricornids are equally visible in both hemispheres, and is expected to produce more visible meteors anyway. The best time to watch? Just after midnight and into the pre-dawn hours, when you might be able to see up to 20 meteors per hour.

See? You can have plenty of fun without ever leaving your backyard.

Want to Stay Outside 24/7? This Patio Umbrella LED Light Makes It All Possible