A Weird (But Important) Reason You Should Be Doing Squats

It has to do with your brain 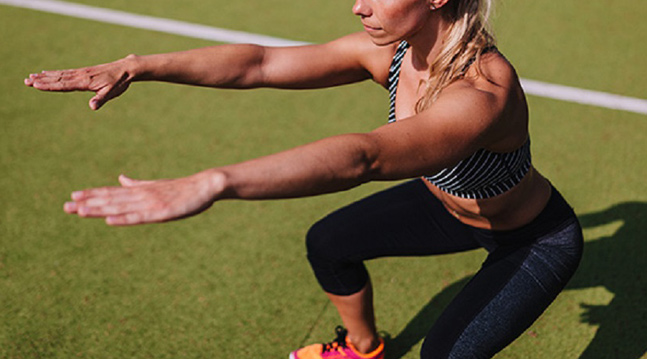 Squats. They’re an essential exercise for getting a booty that doesn’t quit. But also, according to new research, they strengthen your brain.

Yup. A study by Kings College in London examined muscular power as it relates to mental aging.

While strength obviously contributes to better physical aging (an easier time getting around and such), the study seems to show that those with powerful legs--the largest muscles in the body--have sharper minds as well.

Researchers studying more than 300 sets of twins over the past ten years found that those who had the sturdiest legs a decade ago showed the least deterioration in mental capability over time. If one twin had been more powerful than the other ten years ago, he or she tended to be a much better thinker now, performing about 18 percent better on memory and cognitive tests than the weaker twin.

So hit the gym, folks. Maybe you’ll be able to crack The New York Times crossword by the time you’re 75--the Saturday one.