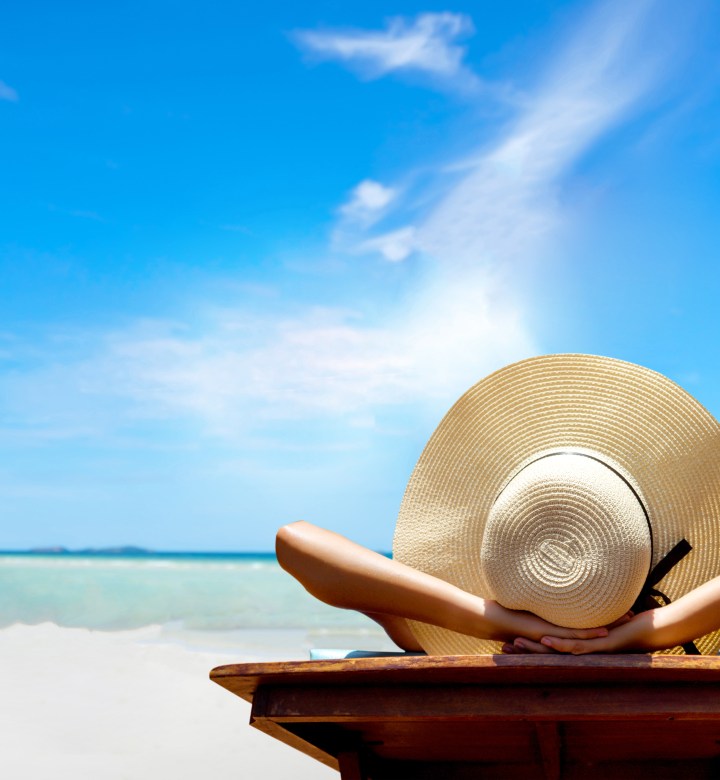 A few weeks ago, I opened the newspaper and came across an interview with a well-known designer I admired. She wasn’t talking about how she launched her business, or how she enlists independent artisans in her work. Instead, this highly accomplished woman broke down her very detailed, very expensive self-care routine, running through a list of products that, combined, equaled a monthly mortgage payment. There was the $110 body oil, the $215 face cream derived from human blood protein (yep) and monthly microcurrent facials that cost $300 a pop. “The products I use are expensive,” she claimed. “But it’s about how you value and take care of yourself.” When I finished reading, I didn’t feel inspired to upgrade the contents of my medicine cabinet. I felt cheated. I’m not sure what bothered me more: That nothing in this woman’s roster cost under $100 or that the publication assumed readers (i.e., females) would rather know more about her skin-care routine than how she runs her company.

Women live in a world in which self-care equals extravagance. It’s estimated that the beauty industry generates $445 billion in sales annually, the bulk of which is engineered for self-improvement but marketed as self-care. It’s no coincidence that we’re encouraged to “indulge” in a face mask that also promises to take ten years off our foreheads, or that we should use a “soothing” cleanser that’s simultaneously anti-aging. It’s pretty obvious that the industry is exploiting us. Let me be clear: I don’t mind spending $40 on a face cleanser (I actually use this one, by Tatcha, and to me it’s worth every penny). I mind being told that I have to, that the soap I use is a signifier of my self-esteem. 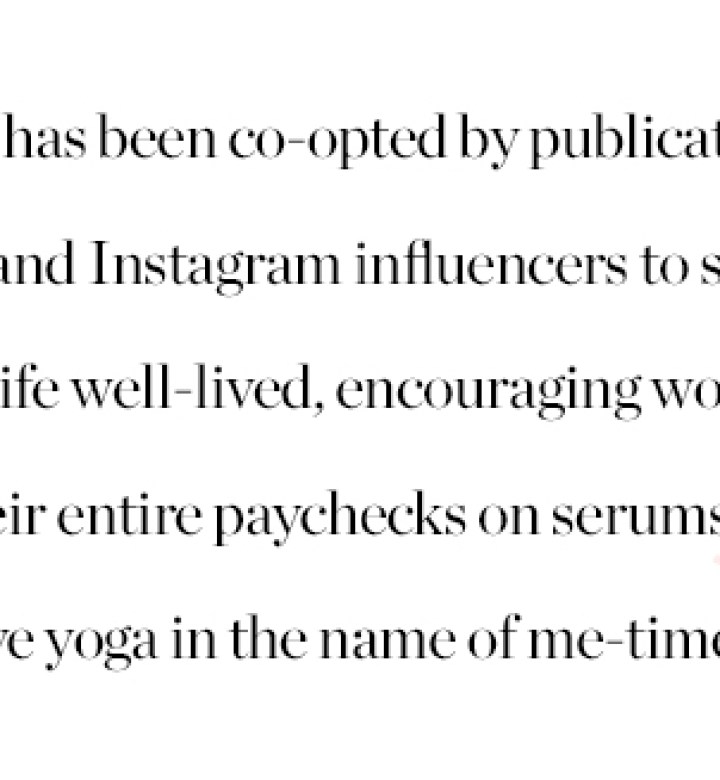 It’s madness; and I know I’m partially to blame. See, in my former life as a magazine editor, it was my job to convince women to follow a certain set of rules pertaining to self-care: “You need this expensive bath product! You must have this designer cleanser! Treat yourself to the $10,000 meditation retreat on a private island!” Self-care has been co-opted by publications, retailers and Instagram influencers to sell us this idea of a life well-lived, encouraging women to spend their entire paychecks on serums and restorative yoga in the name of me-time. For the most part, self-care isn’t talked about in the context of actually taking care of yourself. It all feels…demeaning. (Incidentally, I have yet to come across an article about a man’s $500 self-care routine. Just saying.)

The obsession with self-care via consumerism speaks to the larger, age-old problem of how a woman’s currency is linked to her appearance. Research consistently shows that women are valued for their physical attractiveness while men are valued for their honesty and morality. I’m not saying that we shouldn’t spend our hard-earned dollars however we choose, but it’s depressing that we’re told to think about self-care in the context of making ourselves look better.

Here’s how I define self-care: Paying my bills on time. Eating a homemade meal. Waking up before my toddler and reading a book. Saying no. Doing literally anything that makes me feel less frazzled. SLEEP (that one’s free, by the way). I love the nightly ritual of washing my face for the ten minutes of alone time it affords me more than the products that comprise it. Imagine how much better we’d feel if we were told to see self-care as more than tending to our bodies, but tending to our spirits, too?

5 Things That Seem Totally Selfish but Aren’t, According to Science