Are There Any Actual Liquid Chlorophyll Benefits? 2 Doctors Weigh In

TikTok is chock-full of fun styling hacks, beauty tricks and relationship tips, but not all of them are worth replicating. The latest skincare trend to be filed under “is this really a good idea?” is drinking liquid chlorophyll. You may have seen users sipping on deep green concoctions in an effort to clear their skin of acne spots and boost their energy levels. But just like any other buzzy new trend, we were skeptical about any potential liquid chlorophyll benefits, so we reached out to the experts—Dr. Vikki Petersen, certified clinical nutritionist, doctor of chiropractic and CFMP and Dr. Marisa Garshick, board-certified dermatologist—to see if this is something worth trying or better to pass on for now. Here’s what they had to say.

10 Sephora Favorites from TikTok to Upgrade Your Beauty Routine 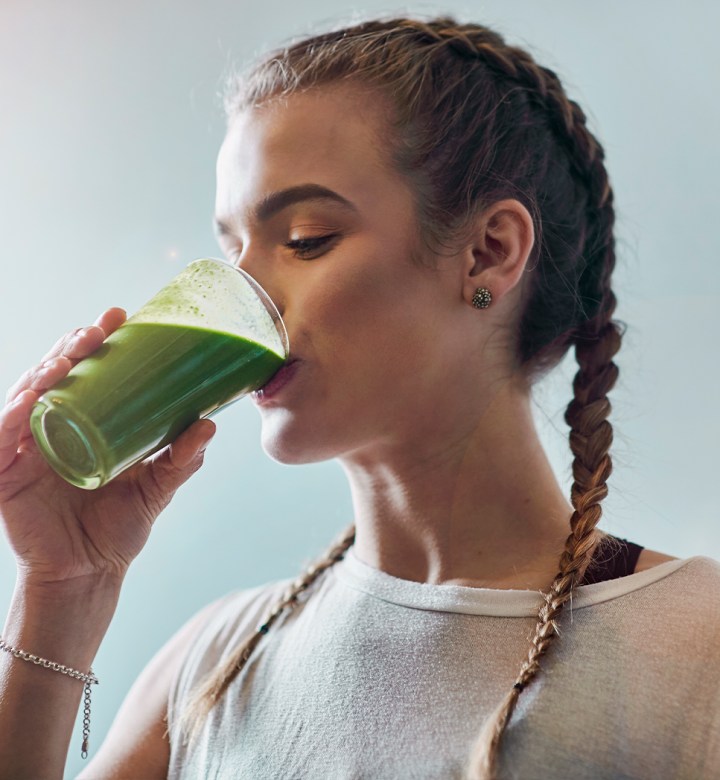 You may remember chlorophyll from biology classes as the pigment that makes plants green and helps them to absorb energy from the sun during photosynthesis. “Liquid chlorophyll is an extraction of the chlorophyll found in dark green plants,” says Dr. Petersen, and you can create your own at home “by juicing wheatgrass and other dark leafy greens.” There are also liquid chlorophyll supplements available, but according to Dr. Garshick, “[These] are made from a semi-synthetic mixture of sodium copper salts known as chlorophyllin, extracted from chlorophyll.”

What Are The Purported Liquid Chlorophyll Benefits?

“Chlorophyll is thought to have antioxidant and anti-inflammatory benefits, with some people reporting benefits for the skin in terms of improving acne and wrinkles,” says Dr. Garshick. Most of the TikTokers ingesting chlorophyll say they’re doing so in the name of clear skin, although some also say they found it to be a natural energy booster, too.

Does Liquid Chlorophyll Really Live Up The Hype?

Short answer: Not really. “There is no overwhelming research to support the use of liquid chlorophyll,” says Dr. Petersen. “The research [involving the use of chlorophyll in skincare] that has been validated involves topical use for healing wounds and acne.” But even those are few and far between. “Some small studies have looked at chlorophyllin for acne treatment, but they were in a topical form,” explains Dr. Garshick, “and even those studies were very small and not randomized controlled trials.” 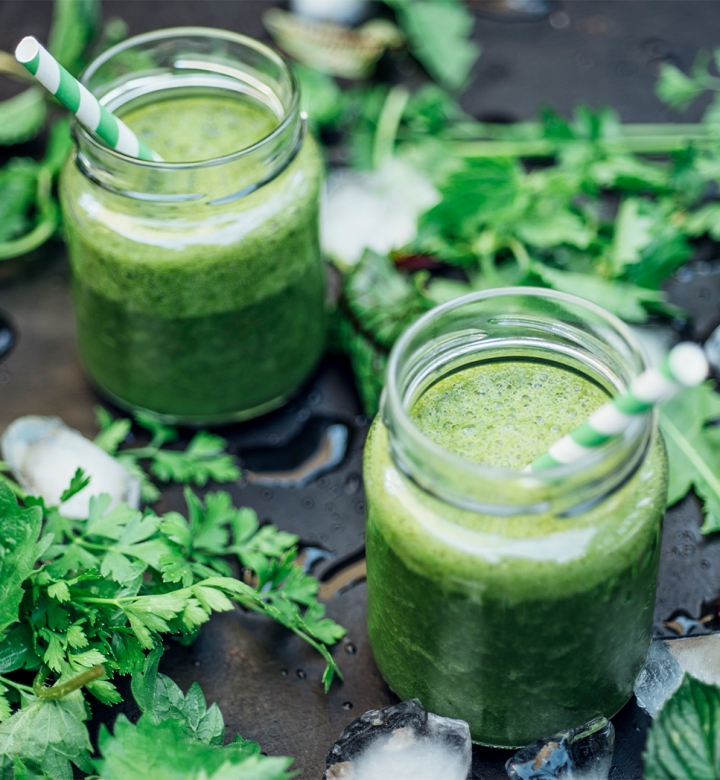 Are There Any Negative EffectsOf Drinking Chlorophyll?

Again, because research is so limited it’s hard to say whether ingesting liquid chlorophyll might have any seriously detrimental long-term effects, but there are some potential short-term downsides to consuming it in large quantities. “When taken in excessive amounts or on an empty stomach, the side effects reported include diarrhea, vomiting, nausea and/or abdominal cramping,” reports Dr. Petersen. It’s also possible that the chlorophyll can interact poorly with medications you may be taking, making them less effective. It can also increase your sensitivity to light, which isn’t a good thing, no matter what time of year, but especially so as we head into the long, bright days of summer. “As with most things that haven’t been studied, it is especially important for children and those who are pregnant or breastfeeding to avoid drinking it,” says Dr. Garshick.

While some (very small and limited) studies suggest chlorophyll can be beneficial when applied topically, there’s still not enough research to support ingesting it. Neither of our experts say they’d necessarily recommend this trend to their patients. Both Dr. Garshick and Dr. Petersen did, however, recommend eating chlorophyll-rich foods to ensure you’re getting a balanced diet. And both stressed the importance of truly eating those leafy greens, as opposed to juicing them.

“I prefer my patients to eat fresh vegetables that naturally contain chlorophyll [rather than drinking liquid chlorophyll],” says Dr. Petersen. “Some of the foods with the highest amount include parsley, arugula, spinach, spirulina, seaweed and wheatgrass. Diets high in chlorophyll—rich in dark green leafy vegetables, generally speaking—do have anti-cancer benefits which is why I prefer my patients to eat real food.” Dr. Garshick adds, “In general, for people who eat a well-balanced diet and eat the recommended amount of vegetables, especially green vegetables, it is unnecessary to take chlorophyll supplements. However, even for those who don’t consume enough leafy greens, the true reported benefits of drinking chlorophyll are unknown.”

So there you have it—drinking liquid chlorophyll probably isn’t the best way to achieve clear, glowing skin or give yourself a natural energy boost. You’re better off paying a visit to your dermatologist and sticking to a veggie-rich diet than hopping on board with this hopefully short-lived trend.