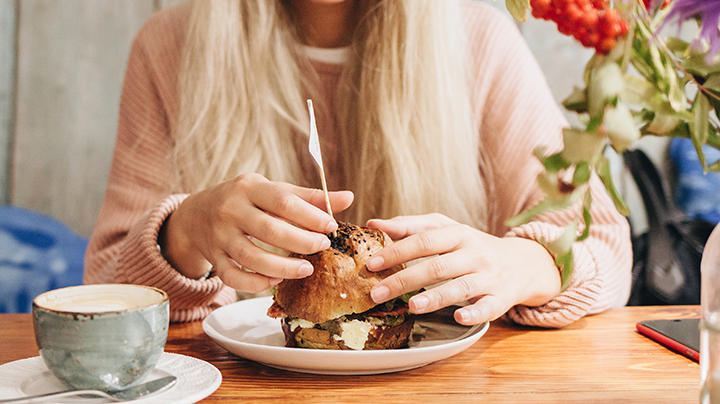 Your friend Amy jumps on every new diet trend, and this month she’s really into intermittent fasting. She maintains that skipping meals (and sometimes, drinking only water for the whole day) keeps her from feeling restricted because when she does eat, she can have whatever she wants. But could this popular new diet actually be effective…and good for you? We investigate.

What’s intermittent fasting, exactly? It’s a regular period of fasting (aka, uh, not eating) followed by a period of normal food consumption. The duration and frequency of the fasting periods vary, depending on the program the dieter is following. Some methods involve fasting until noon every day, some involve fasting for 24 hours once or twice a week, and others involve eating only one large meal per day.

And what’s the point? The idea is that by limiting your calorie intake occasionally instead of day in and day out, you’ll lose weight while still getting to eat the stuff you love. Proponents of the diet also maintain intermittent fasting can also help reduce cholesterol, inflammation and blood pressure, reduce the risk of developing type 2 diabetes and prevent insulin spikes.

But it sounds scary. Yep, we’re the first to admit that forgoing food for any period of time sounds terrifying. But some doctors, including Canadian nephrologist Jason Fung, are proponents of intermittent fasting while under a doctor’s supervision. Another program, called the Alternate-Day Diet, was created by Dr. James B. Johnson, and involves eating normally every other day, and eating significantly less (think: 400 calories) on alternating days.

What do nutritionists think? We polled a few of our nutritionist friends, and the response was a resounding “nope” to this trend. “While intermittent fasting has grown in popularity over the last year, as a registered dietitian and nutritionist, I don’t encourage its restrictive principles when working with my clients,” Melissa Kelly, MS, RD, CDN told us. “Overall, I feel like it steers people away from tuning into their natural feelings of hunger and fullness, by telling them when they can eat.” Makes total sense to us.

Is it actually safe? First and foremost, intermittent fasting should only be attempted under the direct supervision of a doctor. And although some studies have been conducted about the effects of intermittent fasting, no data has shown that it’s safe as a long-term plan (i.e., a year or more). Our vote? Stick to a tried-and-true diet like the Mediterranean Diet or an anti-inflammatory eating plan with proven results (and that still lets you indulge in wine, cheese and chocolate).

16 Dinner Recipes to Help Kick Inflammation to the Curb