OK, Can We All Stop Calling Ourselves ‘Messes’ Already?

“I’m a mess,” my highly successful (not to mention, very stylish) friend lamented over coffee one morning.

I studied her. Not a hair out of place, she looked nothing like a mess. Yet inside she was waging war against her perceived shortcomings. I know this because I do it all the time. In fact, I know many women who do.

The list of minor to major missteps we apply the “I’m a mess” narrative to is exhaustive. Stumble through a few words in a meeting? I’m a mess! Forget to defrost the steak for dinner? I’m a mess! Sleep through a workout? I’m. A. Mess.

“I’m a mess” is a statement so many of us—primarily women—unnecessarily ascribe to ourselves on a regular basis. But why?

Let’s start at the beginning.

When did we all decide to become Hot Mess Express ticket holders? And when did this construct break into the mainstream? As psychologist and author Mary C. Lamia, PhD, told me, it’s basically been around forever.

“From a cultural perspective, the ‘I’m a mess’ message is simply a transformation of rhetoric used throughout the ages to describe being overwhelmed by emotion,” Dr. Lamia began.

“These days we refer to it as emotion dysregulation,” she explained, which is a fancy way of saying people often use hyperbole to “find structure and seek significant connections with others.”

I recently re-watched Sex and the City 2, and from a cultural, and completely non-scientific, stance, I might also argue that the mess narrative in the modern age started at Carrie’s laptop. Sarah Jessica Parker isn’t responsible for creating it, of course, but as I watched her iconic character kissing Aiden in the UAE and lambasting marriage, I couldn’t help but admit she was perpetuating it.

Like SATC fans’ love of Manolos, a generation of Carries, Samanthas, Charlottes and Mirandas have united under a barrage of reasons why our lives are messy.

But why is it so prevalent with females?

Much of our worldview and how we interact with it is formed during childhood. And—surprise, surprise—males and females receive different societal messaging.

Dr. Lamia says, “Historically, gender socialization has dampened emotional expressiveness in males and encouraged emotional expressivity in females. Biologically, women and men have the same core emotions, yet the impact of culture may lead them to differ in their behaviors.”

This is especially present, she contends, with failure and shame—where most cases of “I’m a mess” begin.

“The defensive coping responses to shame include withdrawal, avoidance, attacking others, or attacking oneself (the ‘mess narrative’),” she reasons. “A narrative has to do with the overall ways in which we conceptualize our past, present and future selves. Cognitively, as we spin that narrative about our life, it could become an aspect of our personal identity.”

So, if we receive messages that promote perfectionism and villainize failure from a young age (aka the female struggle in a nutshell), we’re more likely to rely on this narrative as a coping mechanism. And—spoiler alert—it’s detrimental to our self-confidence. 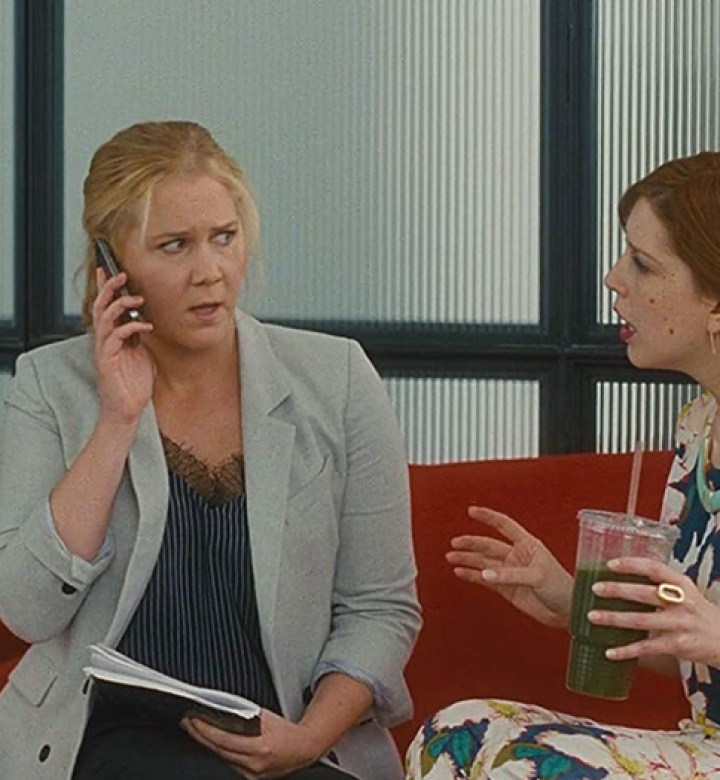 And why do we call ourselves “a mess” anyway?

Rachel Dash-Dougherty, LCSW, whom I also spoke with, has a relatively literal theory about the genesis of the mess narrative: “Women are taught to be humble and self-critical from an early age. We receive messages about not out-shining the men around us.” And what’s the opposite of shiny? Messy.

Dr. Lamia, on the other hand, explains that “broadcasting you are ‘a mess’ may be an attempt to engage others for comfort, support and compassion.” (Been there.)

Now that we’ve settled that, how do we move forward?

It’s pretty obvious that hopping aboard the Hot Mess Express has its downsides. Certified life coach Jane Scudder says, “Human beings are wired to resist change. Over time, the narrative we tell becomes wired into our brains and it’s difficult to switch.” She also argues it’s a “lazy way to approach life,” and allows us to “opt out of the hard work of changing.” Ouch.

OK, so how do we right the ship? As Dr. Lamia explains it, it’s rather simple. An antidote to this shame spiral, she points out, is “human connection” and opening up about what’s really bothering you. Sure, spilling coffee on your blouse is annoying, but why is it making you dive into negative self-talk?

Really tapping into what you’re feeling calls for naming emotions instead of throwing the “I’m a mess” blanket over them. Dr. Lamia suggests we use feelings as information and an opportunity to learn. “Rather than identify yourself as a mess, instead convey that you do not know what to do with the negative emotions you feel. Is it distress, shame, fear, disgust or anger?” she proposes.

One thing’s for sure. Next time I start to call myself a mess, I’m really going to try not to.

You Need a Failure Résumé. Here's How to Make One