‘True Detective’ Season 3, Episode 2 Recap: But Where Is Julie?

We hope you’re not tired of True Detective just yet, because the next episode is already here to occupy your free time. Here’s what went down in season three, episode two of the HBO series. 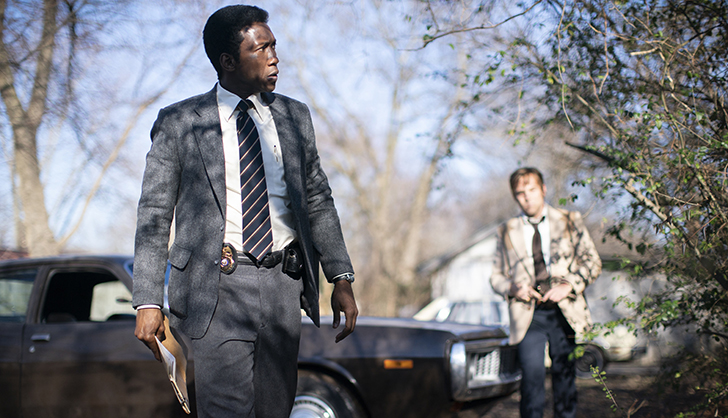 The canvasing of woods and waters continues in 1980s Arkansas, but the viewer now knows it’s for naught, as it appears Julie is alive and well a decade later.

Nevertheless, the murder of Will is being thoroughly investigated, and we soon find out he died from blunt force trauma, according to the autopsy report. Somebody broke his neck and brought him to the cave, then folded his hands as if he were praying.

Wayne (Mahershala Ali) and Roland (Stephen Dorff) bring Brett “Trash Man” Woodard (Michael Greyeyes) in for questioning, and he admits he saw the kids pedal into the sun. “So, headed west,” translates Wayne.

The three men bond silently over their shared experience in Vietnam, and when Woodard finds out Wayne performed recon during the war, he points out that Wayne must be pretty insane. It’s a side we have not yet seen of him, but I feel like it’s being teed up.

The straw dolls dressed as brides are still a conundrum for the detectives, and Amelia offers to help them find out where they came from. (Though, really, it seems like Wayne and Amelia are just looking for excuses to interact). 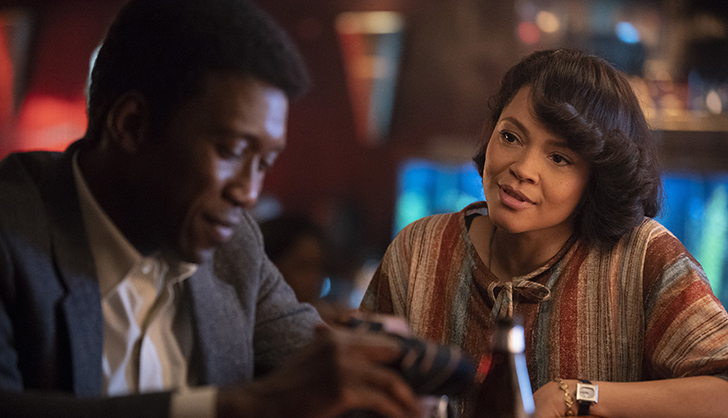 In present time, it’s obvious that this murder mystery has permeated more than Wayne and Amelia’s lives. Their son has had enough of it, but by going over the details of the Purcell case, Wayne is holding on to memories that are starting to elude him, including the face of his wife.

He barely remembers his daughter and has to be reminded that the last time he saw her was around her mother’s funeral. They may or may not have talked on the phone a few months ago.

The reason Wayne is doing the TV interview, he tells his son, is because he wants to know what information they have that he may not have been privy to, but his son thinks they’re baiting him. 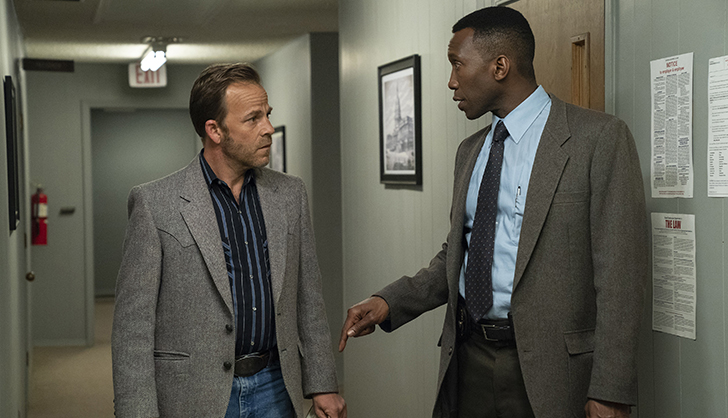 If her cousin is anything to go by, Lucy does not make friends easily. She certainly didn’t get along with her in-laws, and Tom’s mom offers up that Lucy was a terrible wife even before all this happened. There has apparently been some town gossip about who the father of Julie might be since Tom was working offshore at the time Lucy got pregnant.

Sadly, in 2015, the murder(s) remain unsolved, and the TV producer offers up some well-crafted conspiracy theories from the internet. When Wayne dismisses them, the young female producer asks if he thinks his leads were dismissed at the time because of his race. “Not particularly,” he says with a “Get off my lawn!” stare in her direction. 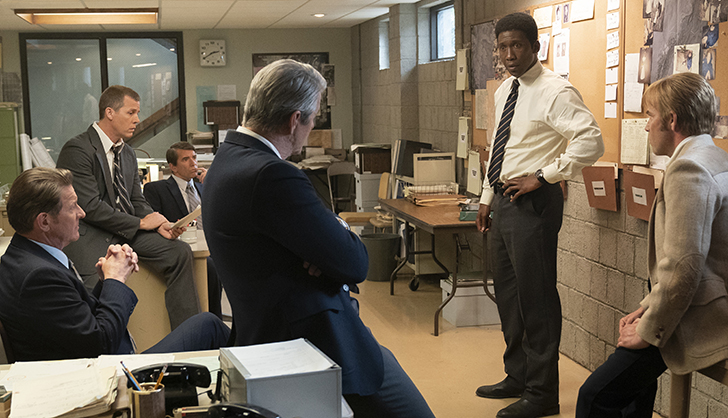 Back in 1980, Amelia has found a lead for the dolls. Will and Julie’s friend Mike has seen the dolls at Halloween and says someone was handing them out when Mike went trick-or-treating with Julie and Will.

But, I guess you can’t trust kids to make designer clothes, build furniture or be reliable witnesses in murder cases. Mike never actually saw Julie get the two dolls, it was at the end of the night as they were tallying the evening’s bounty that she had them in her trick-or-treat bag. Mike thinks they came from the neighborhood.

Wayne and Roland suggest kindly asking the people in the neighborhood to comply with voluntary searches, helping them figure out where the dolls came from. Of course, that is not what happens. As Wayne and Amelia “happen” to run into each other in a local bar (someone did their research…) they see on TV that the district attorney has decided to make the dolls public knowledge. As a result, panic rises in town. “Everybody was scared, that included us,” says Wayne in a voiceover.

Because we need a token suspect, Wayne and Roland start investigating a man named Ted La Grange, who is known for young girls tickling his fancy. The cops take their interrogation off grid and cuff him to a post inside a barn before beating him to a pulp. Any serious TV watcher knows he has nothing to do with the case, but if our protagonists need to blow off some steam by pummeling a pedophile, then I suppose the story has room for that. 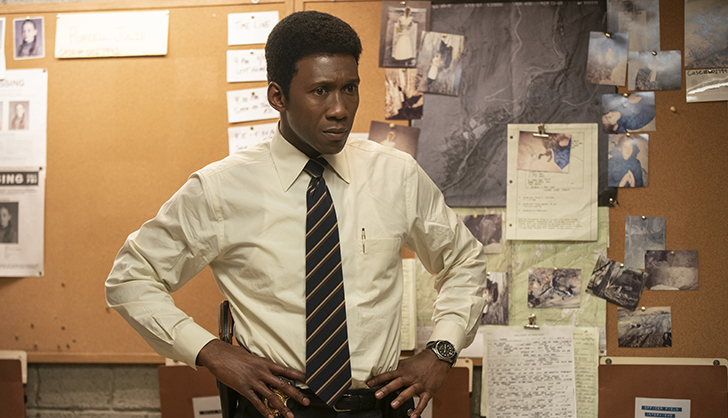 In 1990, Wayne discovers that while there isn’t any concrete information about Julie’s existence, what they have recovered is a full fingerprint. Now, they’re waiting for tapes, but no one seems to find this request particularly urgent. The knowledge has rattled Wayne, who can’t focus on what his children are saying at the dinner table…because, frankly, isn’t what he’s dealing with more interesting than his son’s athletic endeavors?

Everything is spiraling. In the 1980s, the Purcells receive a disturbing letter that says, “Do not worry. Julie is in a good place and safe. The children shud [sic] laugh. Do not look. Let go.”

He turns wistfully to a photo of Amelia, which transports him back in time, to the intersection of Shoepick and Briarwood—the street where the Purcells lived. Elderly Wayne looks terrified as he faces what once used to be a house. And that is where we leave him.

Give us more! True Detective returns next Sunday at 9 p.m. on HBO.