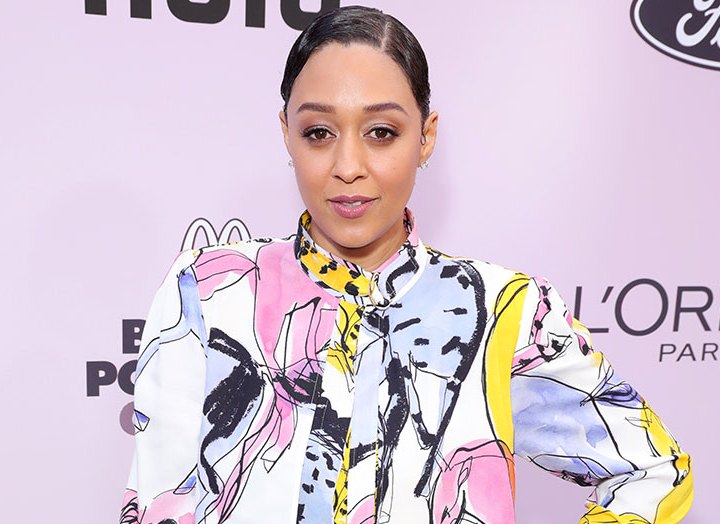 Recently, PureWow caught up with the Family Reunion star, who's currently partnering with The Children's Place and Delivering Good to donate matching holiday pajamas to families in need. In addition to discussing the importance of giving back, Mowry-Hardrict revealed some interesting ideas for what she'd love to see in a possible Twitches 3, and gave us a new update on the Sister, Sister reboot rumors.

While talking about Twitches, the actress said, “Where I would probably want to see Twitches 3 take off is us being parents and helping and guiding our children on how to be incredible witches. I love the idea of the sisters, Chloe X Halle, playing the part. I thought that was genius." (If you recall, Mowry-Hardrict's sister, Tamera Mowry-Housley, revealed in January that the idea of including the R&B sister duo came from a fan.)

While explaining the plot, Mowry-Hardrict told us, "We’re passing the mantle on to [our daughters]. Meaning, now it’s their job to take on the world and unite and come together to fight the darkness. I think that would be really cool.” *And cue the "Go Twitches" chant*

The Mistle-Tones actress also reflected on her experience with the previous Twitches films, saying that they stood out as one of her favorite franchises to work on. She said, "Who doesn’t want to see the legacy of Camryn and Alex live on? You know, that was such a fun movie and one of the best times that my sister and I had together, because we’re both really into magic and Harry Potter and stuff like that, so to be able to play these twin witches, it was so much fun."

As for the possibility of a Sister, Sister remake, it looks like fans won't be seeing this happen any time soon. The actress and mom said, "There hasn't been any new news with Sister, Sister. But you know, I always say 'Never say never,' because you never really know. But as it stands for right now, there's been no movement on that."

Fingers crossed that this reboot will soon get the green light, but in the meantime, we'll be keeping our eyes open for more Twitches 3 updates.

And as far as her recent partnership, Mowry-Hardrict said that giving back is an important holiday tradition in her home. She explained, "Donating is something that we've been doing for years and I want to continue to instill in my children to give back to people in need, especially around this time of year. To be helping in this kind of way is so purposeful and it makes me feel really good. And I'm being an example to my children."