‘This Is Us’ Season 4, Episode 9 Recap: It’s the Fall Finale

Last week on This Is Us, Beth (Susan Kelechi Watson) realized the family has been prioritizing their needs above Deja’s (Lyric Ross) and Randall (Sterling K. Brown) confronted Rebecca (Mandy Moore) about her memory loss. Kevin (Justin Hartley) smoothed things over with Cassidy (Jennifer Morrison) and Uncle Nicky (Griffin Dunne) aced his court hearing. On the West coast, Kate (Chrissy Metz) let Toby (Chris Sullivan) believe that he witnessed baby Jack eating his first solid food…which we bet will come back to haunt her.

Let’s find out what happens at the Pearsons’s Thanksgiving in the This Is Us fall finale. 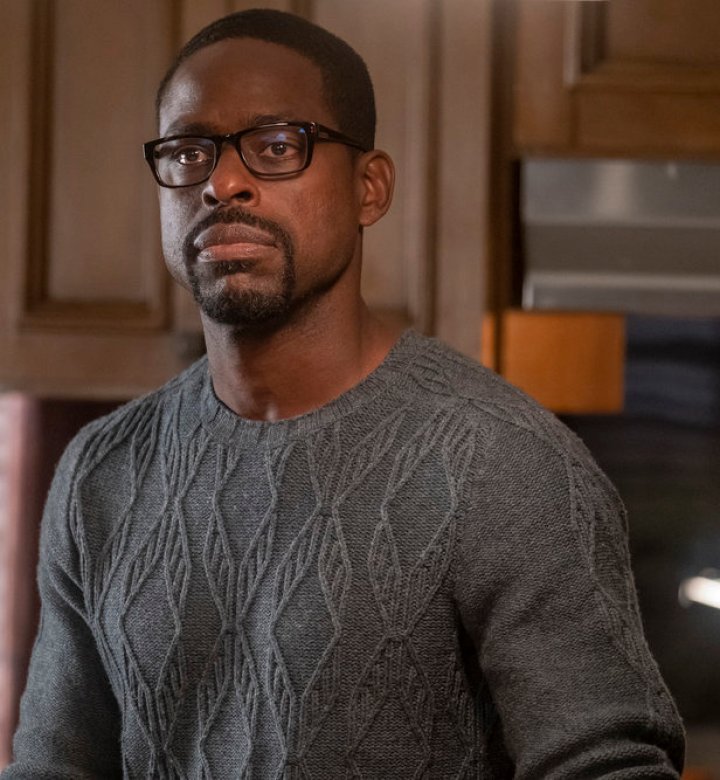 In the past, we see Jack (Milo Ventimiglia) and Nicky’s (Michael Angarano) tumultuous Thanksgivings as children then as adults. One year, they decide to ditch and hang out together at a bar. There, Nicky makes a bet and wins a huge wad of cash. They decide to treat themselves to…five pounds of shrimp?

Back in the present, Kevin stops into Uncle Nicky’s trailer to see if he’s ready to head to Randall’s for Thanksgiving. Nicky looks completely transformed (in his opinion, like he’s about to star in a Viagra commercial), but he’s nervous to spend a holiday with the Pearsons.

Meanwhile, Randall and company are preparing to host the holiday, but their box of traditions is missing, Rebecca is still mad at Randall and Beth is nervous about Deja’s mom, Shauna (Joy Brunson), letting her daughter down. Randall tries to smooth things over with Rebecca, but she’s not interested and tells him she needs some space. She says she’s going to see a movie or something and heads off to the park, where she sees (or rather, hallucinates) a young version of William (Ron Cephas Jones). While Rebecca is lost, Randall heads to their old house in New Jersey with Uncle Nicky and Annie (Faithe C. Herman) to retrieve their box of holiday traditions, Kevin (Justin Hartley) and Tess (Eris Baker) duck out to get some air and Beth and Miguel (Jon Huertas) are left alone to welcome Shauna, who is uncharacteristically early. 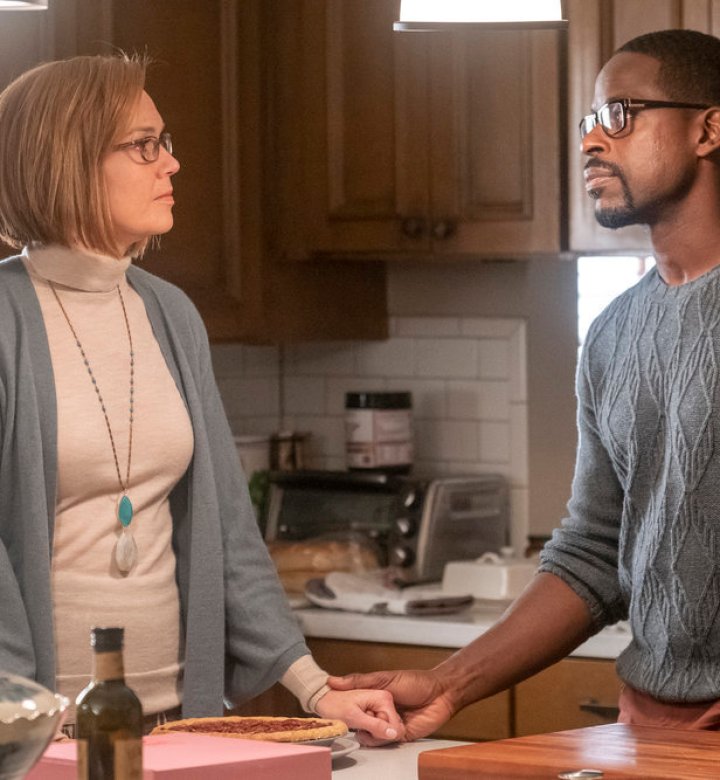 On their quest to “get air” Kevin takes Tess to a drive-through. He tells her about the lessons he has learned in Alcoholic Anonymous and lets her know that if she’s scared of coming out at school, she should start small. He encourages her to come out to the drive-through attendant and she does. It’s liberating.

Meanwhile, after Rebecca thinks she runs into William, she heads to the grocery store to pick up pie for later that evening. But, once she arrives at the grocery store, she forgets why she’s there in the first place and even manages to leave her phone at the check-out stand. It’s clear her mind is beginning to fail her. She goes to get a light bite to eat at a Chinese restaurant down the street and melts down when she realizes she’s lost her phone yet again and can’t reach her son. Ultimately, the police are called to escort her home.

En route to Philadelphia for Thanksgiving, Toby (Chris Sullivan) tells Kate (Chrissy Metz) how much his CrossFit group and Instagram followers are loving baby Jack’s first solid food video. Kate can’t take it anymore and tells him the truth—Jack ate his first avocado at Gregory’s (Timothy Omundson) house. Toby is extremely let down but decides there will be many more firsts. 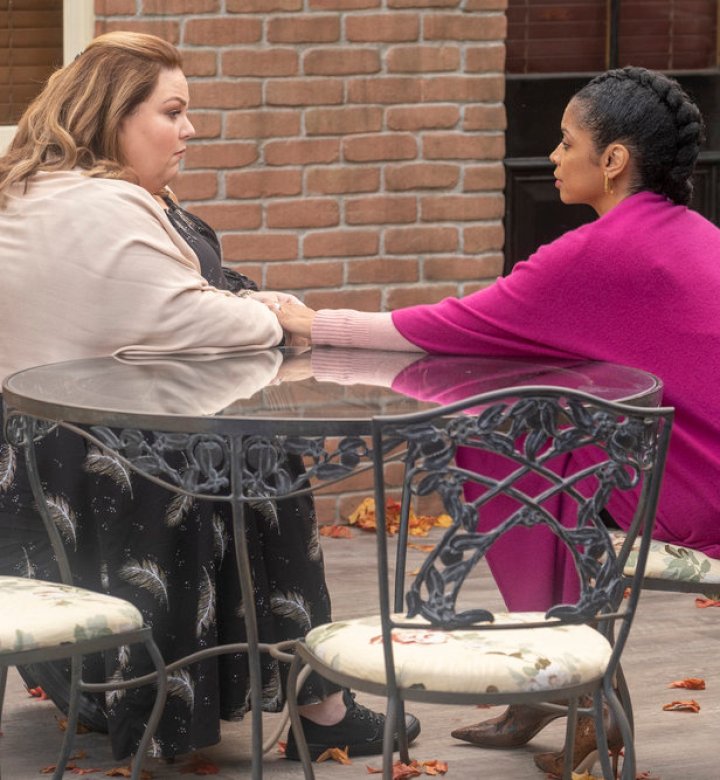 When they arrive at Randall and Beth’s, Toby puts his tempeh in the fridge and begins to wax poetic about the merits of nut cheese. Beth and Kate are both in a funk and decide to walk outside to talk it out. Beth tells Kate that she’s upset Shauna is doing so well because she’s worried she’ll lose Deja. Kate admits that she hates CrossFit Toby and feels left out because he lost the weight without her. Beth warns her that she needs to open up to Toby about it because this could lead to larger problems in their marriage.

Kate takes Beth’s advice and approaches Toby to talk about how his new CrossFit ways are bothering her. But, when she sits down she remembers what a good father he is and decides not to say anything.

On the way home from New Jersey, Randall, Nicky and Annie listen to old CDs and Randall tells Nicky about how much Jack used to love certain songs. Nicky felt like Jack erased his existence, since Jack’s kids knew nothing about him. But as he listens to Randall talk about how Jack used to explain music, he recognizes Jack’s words as his own. Uncle Nicky may not have been around at family gatherings, but Jack secretly taught his family about his brother nonetheless. 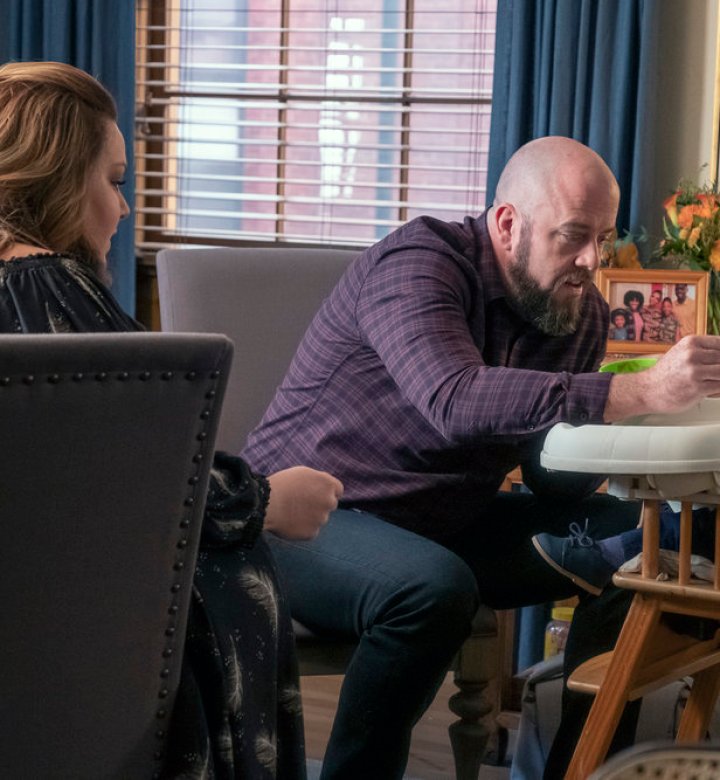 Randall, Uncle Nicky and Annie get home and Randall grows more worried that Rebecca hasn’t returned. He leaves her yet another voicemail. Meanwhile, Deja is struggling with the fact that her mother seems to be thriving in her new life without her. Shauna now has a job, new friends and even a fireplace, which makes Deja wonder why she couldn’t be this together when Deja needed her to be. Beth comforts her and they share a sweet moment. There’s no reason for Beth to worry about losing Deja.

Uncle Nicky seems to have been touched by his trip down memory lane with Randall in the car, so he sneaks into the kitchen and assembles a platter of shrimp (just like he and Jack enjoyed all those years ago). He gets the family’s attention and tells them that he has a Jack Pearson memory of his own to share. He shows them five pounds of Thanksgiving shrimp and makes a toast to new family traditions.

Afterward, Kevin tells Nicky his toast was special. Nicky assures Kevin that he doesn’t have to babysit him anymore and that if he needs anything, he’ll call.

In the other room, baby Jack tries on the pilgrim hat and Toby asks Kate to grab his phone to take a photo. When she picks up the phone, she sees a text exchange with one of his female CrossFit friends. Toby says it’s getting hard to deal with their marriage and the woman says she’s there if he needs anything. Sure she is! 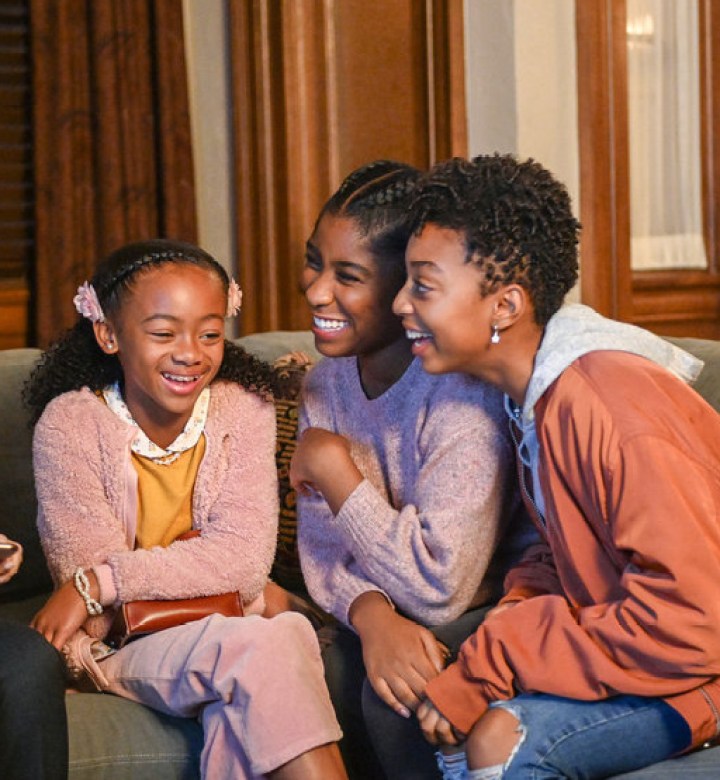 Then, Tess reveals that she came out on Instagram thanks to Kevin’s advice and Randall asks his brother what’s next for him. Kevin reveals that he wants to be married and have a kid by the time they’re 40 (in nine months). Then, Rebecca comes home and confides in Randall that she needs to see a doctor.

In a flashforward, we realize all of the moments Rebecca was lost in the episode are actually nine months in the future. (What?!) When the police bring her home, they bring her to a rustic looking cabin, where Kate and Kevin are celebrating their 40th birthday. While Kate signs police paperwork, Kevin reveals that his fiancé (Cassidy?!) is suffering from morning sickness. Meanwhile, Rebecca sits with Miguel and asks the twins if Randall is coming. Kevin says no, he and Randall aren’t speaking. Could this be because Randall knew about his mom’s illness and didn’t say anything?

More will be revealed when This Is Us returns from fall hiatus with season four, episode ten on Tuesday, January 14. How will we possibly wait that long?

Every ‘This Is Us’ Season 4 Recap