‘This Is Us’ Season 4, Episode 3 Recap: When Unhinged Is a Good Thing

In last week’s This Is Us episode, the Pearsons rallied around Kate (Chrissy Metz) and Toby (Chris Sullivan) as they struggled to deal with baby Jack’s diagnosis. And while Kate dealt with it by holding everything in, we learned that Toby has been coping by secretly visiting the gym. Kevin struggled with trying to find purpose in life and think of anything other than helping Uncle Nicky (Griffin Dunne). Meanwhile, Randall (Sterling K. Brown) and Beth (Susan Kelechi Watson) struggled to spend time with their girls before school started. 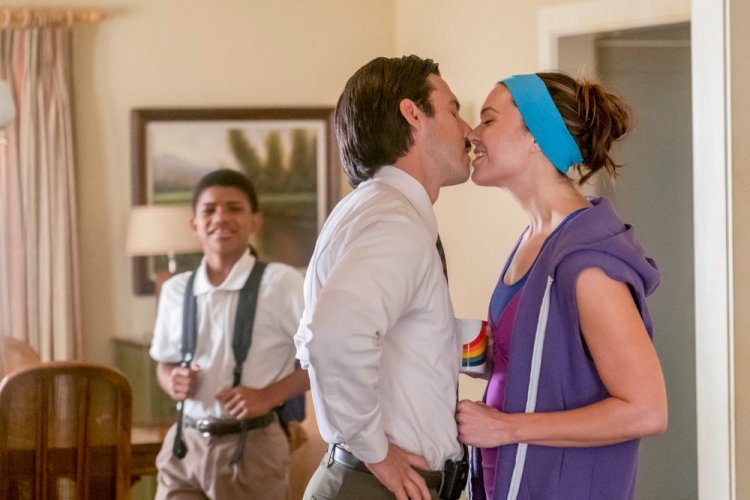 It’s the first day of seventh grade for Randall (Lonnie Chavis) and Rebecca (Mandy Moore) is starting a new aerobics routine. Jack (Milo Ventimiglia) takes Randall to school, where Randall is thrilled to meet his new African American teacher. After class, Randall is excited to chat with his teacher, but instead he writes him a yellow slip for breaking dress code with his Air Jordans. The teacher insinuates that Randall has to try harder than the other students to prove himself. Afterward, Randall has a panic attack in the hallway.

Randall calls home to tell his mom about the yellow slip, but Kevin (Parker Bates) answers the phone and tells him getting in trouble won’t make him feel less anxious. Instead, he offers to meet his brother at the side entrance at his school. When Kevin arrives, he signs Randall’s yellow slip so that their parents never have to know.

Meanwhile, Jack learns that he made a $20,000 mistake at work. He owns up to it and apologizes to his boss, who promptly fires him. Afterward, Miguel (Jon Huertas) is furious to hear the news and threatens to leave unless the boss goes back on letting Jack go. The boss knows he can’t let Miguel (his top employee) go, too, so he agrees to keep Jack on.

Later, Jack calls Miguel and thanks him for his support. He tells Miguel that while they don’t often get mushy with each other, he’ll always be there for him if he needs anything.

That night, Randall opens up to his siblings about his panic attack and Kate (Mackenzie Hancsicsak) tells them that she kissed Stuart Albert. It’s a sweet moment made even sweeter when Kevin tells his parents they should all watch Randall’s new favorite show, The Arsenio Hall Show. 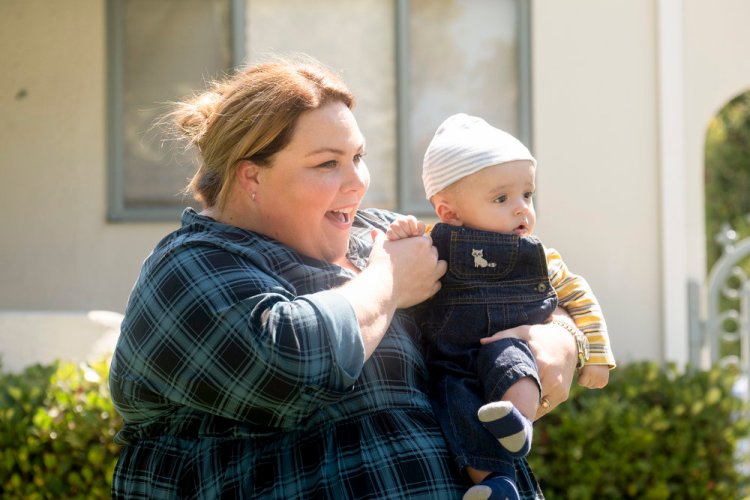 Kate is going over curtain fabric samples with baby Jack as Toby goes off to work for a big presentation. She promises she’ll meet him for lunch with his clients later. When she arrives at the restaurant, the hostess tries to seat them at a booth and Kate opens up, saying that she can’t fit in one. She jokes that she should come with a label that says, “may cause uncomfortable situations.” 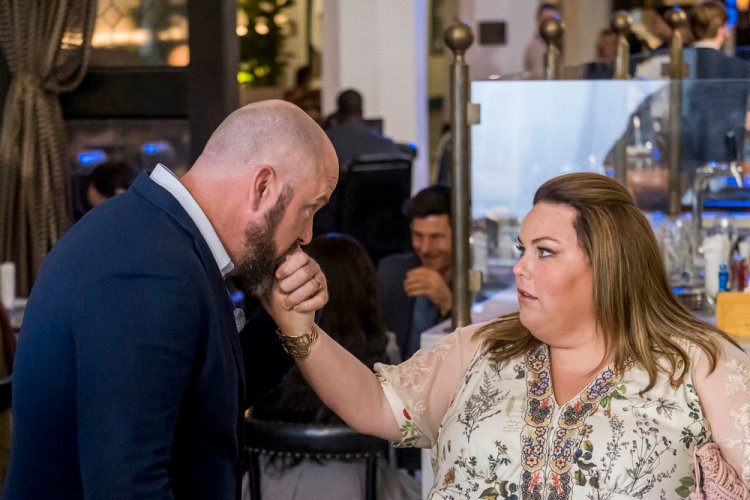 After lunch, Toby is ecstatic with how much his clients loved Kate, but she is not in the same jovial mood. She asks Toby to remove his shirt and is shocked to see how in shape he is. He admits that he’s been going to the gym over his lunch breaks because he had a heart attack (remember that last season?) and wants to make sure that he can stick around for her and Jack. Kate assumes that he’s taking a dig at her weight and walks out of the room to answer baby Jack’s cry.

Later that day, Kate apologizes to Toby for reacting the way she did. Honestly, she says she was taken aback and a little jealous that he’s found time to lose weight during fatherhood. He apologizes for keeping his CrossFit from her and they agree to always be honest with each other. 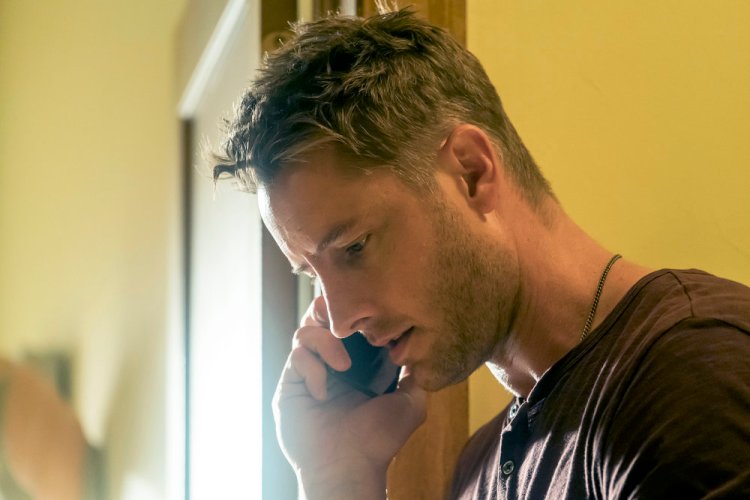 In last week’s episode, Kevin showed up at Uncle Nicky’s door after being worried about not hearing from him. In this week’s episode, we get a glimpse at what Nicky has been up to. Feeling depressed, he finally went out on a limb and saw a therapist at the Veteran’s Affairs office. He received a picture of baby Jack from Kevin and started tidying up his house, trimming his yard and getting rid of his booze. Just when he was really starting to get somewhere, his therapist told him she was being transferred. That’s when he picked up the bottle again and threw a chair through the VA window (which we saw in the season premiere). We cut to Kevin showing up at his door with his beloved plant.

The next day, Kevin and Nicky go to the VA so Kevin can try and get his uncle off the hook for throwing the chair. (There are massive fees and potential jail time at stake.) The administrator agrees that if Nicky will undergo a psychiatric evaluation, then he can continue treatment there.

Later, Kevin waits for Nicky and befriends Cassidy’s (Jennifer Morrison) 9-year-old son after the little guy tells him the vending machine is broken. They bond over Mario Kart and Cassidy is weirded out to see her son hanging out with a grown man when she finishes her therapy session. She throws him shade, until she realizes he’s with the guy who threw a chair at her. Nicky comes out just at that moment and tells her not to flatter herself.

Kevin asks him how the session went and Nicky answers sarcastically. So, he checks with the VA administrator, who says Nicky is welcome to start treatment, but he doesn’t foresee it being very successful because Nicky doesn’t seem to want help. This proves to be true when Kevin watches Nicky walk into a bar immediately after. He confronts Nicky and tells him that he’s going to go to jail unless he starts taking his recovery seriously. He insists that they go to a meeting immediately.

When they arrive at the meeting, Kevin is surprised to see Cassidy. While he’s a bit excited, she’s visibly less enthused. He shares at the meeting that he’s been having a really hard time not drinking. At his core, he’s upset that he doesn’t have more purpose and he’s questioning if he’s making too many mistakes with his life. Cassidy starts cracking up at how different their problems are and he and Nicky join in. 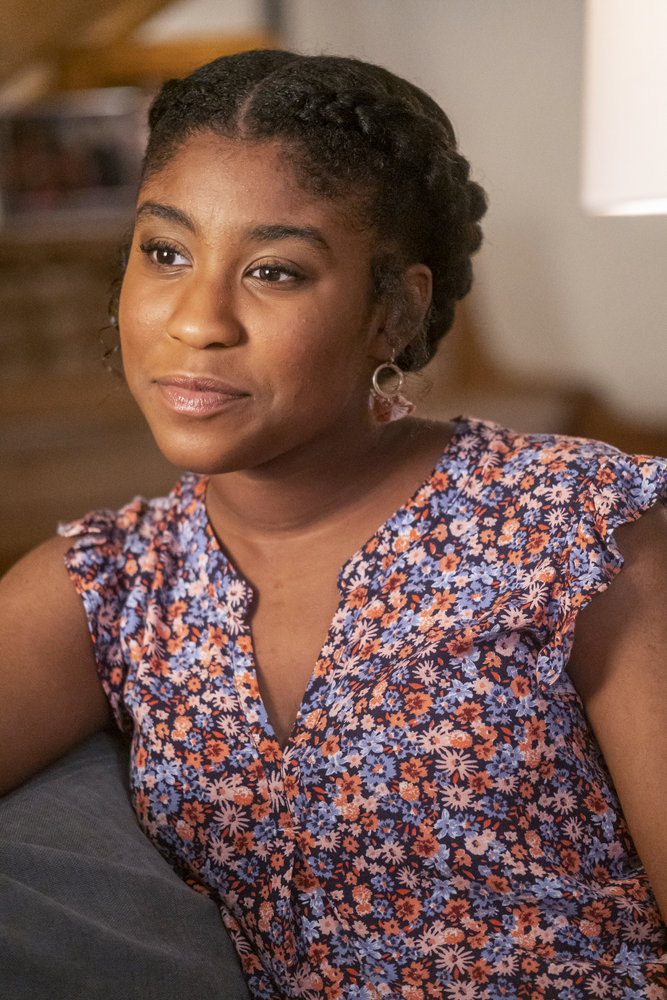 Tess (Eris Baker), Deja (Lyric Ross) and Annie (Faithe Herman) are eating breakfast in preparation for their first day. Beth just printed flyers announcing the opening of her dance studio and Randall just wrapped up a long run with Jae-won (Tim Jo). When they all meet in the kitchen, Randall asks Annie how his article in the newspaper turned out. He’s decided to take the door off of his office to illustrate his open-door policy to his constituents. (Get it?) The newspaper jokes that he’s unhinged, but when he arrives at his office, there are hordes of people ready to take him up on his offer.

In his opinion, the results are super positive, but his staff doesn’t all agree. When Randall is late for drinks with his fellow councilmen because a constituent walks in to complain about the bus system, Randall’s staff member, who has been making comments all day, makes a big fuss. While he’s in the meeting, she takes it upon herself to put in a work order request to put the door back on its hinges. Randall confronts her and she tells him that he needs to be prioritizing his fellow councilmen and not his constituents—oh, and that he needs to fire Jae-won. Randall is shocked and decides to fire her. 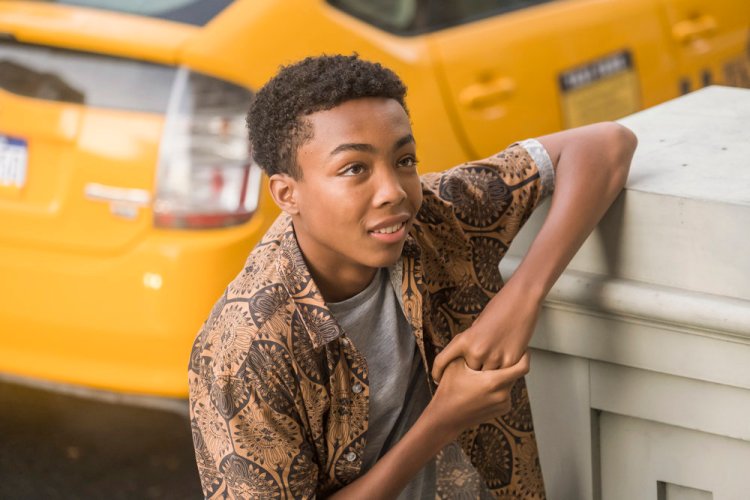 After school, Beth asks the girls how their first day was. Annie’s new teacher looks like Zendaya, Tess says her day was regular and Deja gets a text from Malik (Asante Blackk) and meets him outside. He asks her if she’s heard any rumors about him at school and then tells her that he has a daughter. He says he was with Janelle’s (his baby) mom for a while and when she got pregnant her parents wanted to give the baby up, but he didn’t want to. 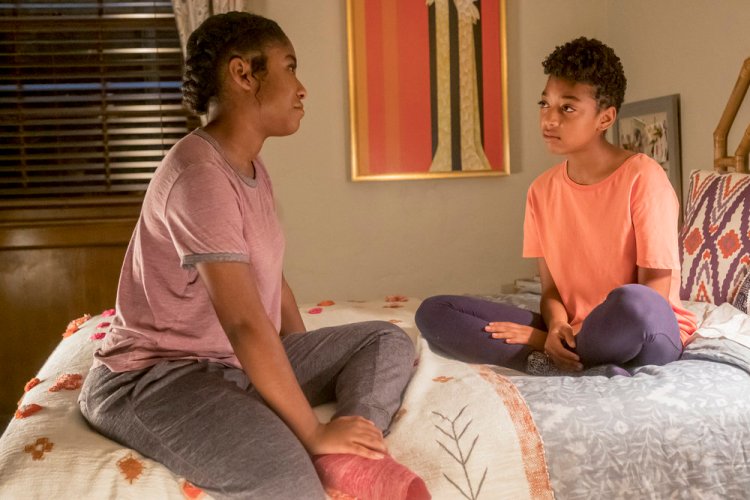 Later that night, Deja opens up to Tess about what happened and says she’s struggling to wrap her mind around it. She asks Tess how her first day was and she says that she was really excited to be out at her new school and not have to pretend she’s straight. But, when a girl asked if she thought a football player was hot, she said yes. She’s still struggling to find her version of what feels comfortable and wishes she could talk to someone about it. She also tells Deja that while Malik’s situation might seem complicated, hers was, too, when she joined the Pearson family.

This Is Us returns with season four, episode four, next Tuesday, October 15, at 9 p.m. PT/ET. Judging from the episode teaser, it looks like we’re going to re-explore the early days of Beth and Randall’s relationship.

Here’s Why Malik on ‘This Is Us’ Looks Familiar