Sophie Turner Reveals 1 of Her 2 Maids of Honor 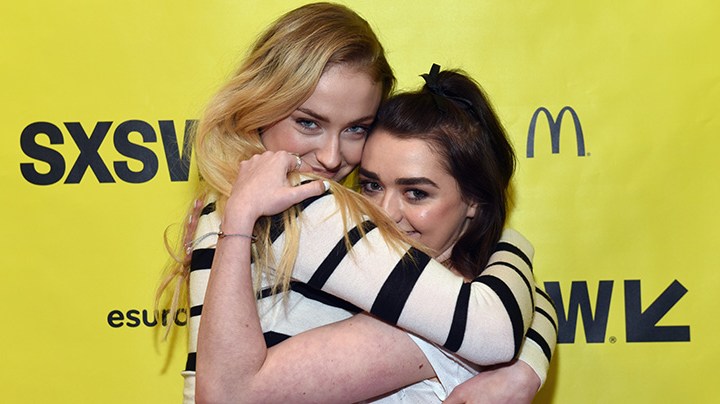 Three months after Maisie Williams (Arya Stark) agreed to be Sophie Turner’s (Sansa Stark) bridesmaid, it appears the girl has a brand-new duty to uphold.

The 23-year-old bride-to-be just announced that her Game of Thrones co-star, 21, will play a much larger role in her and Joe Jonas’s upcoming wedding than we originally thought. In a recent interview with Entertainment Tonight, Turner revealed that Williams will be one of two maids of honor in her upcoming nuptials. Just let that sink in.

When interviewer Leanne Aguilera joked that Williams is struggling to find an outfit, Turner said, “I don’t know why she’s thinking about [what she’s wearing to my wedding]. I’m giving her the bridesmaid dress! She’s my maid of honor! One of two.”

The news comes just three months after Williams sat down for an interview with Radio Times and revealed that she already agreed to be her onscreen sister’s bridesmaid. When asked if she’s vying for a role in the bridal party, the actress responded, “I’ve already got it!”

Turner and Jonas announced their engagement in October 2017, and while the couple has yet to reveal an official wedding date, they’re scheduled to tie the knot this summer in France.

Although we don’t know the identity of the second maid of honor, we can only hope Williams’s wedding speech is as candid as her reaction to the engagement.