Serena Williams recently announced that she was stepping away from professional tennis, and that this latest US Open would likely be her last. And although she was aiming to tie a record set by Margaret Court for 24 Grand Slam wins, it looks like Williams ended up getting a far more peaceful weekend than she ever expected.

The tennis champ shared a snap to Instagram, where she was seen laying on a hotel bed wrapped in a Moana blanket. “How was your weekend?” Williams wrote. “This was mine….”

Fans showed their love for the post and thought that Williams deserved the rest following her strong showing at the Open (where she made it into the third round and was ultimately defeated by Australian tennis player Ajla Tomljanović).

One user wrote, “If there is ANYONE that deserves to rest, it's YOU!!!! Thank you for everything!” Another quoted a line from a Moana track, commenting, “You see that line where the sky meets the sea? Well its calling you to greater still! Thank you for your brand of feisty, ferocious, and fierce fight!”

Following Williams's exit from the tournament, her husband, Alexis Ohanian, shared a clip of the speech she gave after her last match (seen above). In his caption, he wrote, “The Greatest.”

However, this may not be the last we see of Williams on the tennis court. While speaking at a “Conversation with Champions” panel ahead of the US Open, Williams turned cheeky when asked if this Open would be her final professional tournament.

“I mean, I don't know,” Williams said. “I think so, but who knows? You never know. I've learned in my career, never say never. So that's important.”

While speaking about her retirement with Vogue, Williams also said that she is looking forward to the future. “The best word to describe what I’m up to is evolution,” she said. “I’m here to tell you that I’m evolving away from tennis, toward other things that are important to me. A few years ago I quietly started Serena Ventures, a venture capital firm. Soon after that, I started a family. I want to grow that family.”

She also added, “If I have to choose between building my tennis résumé and building my family, I choose the latter.” 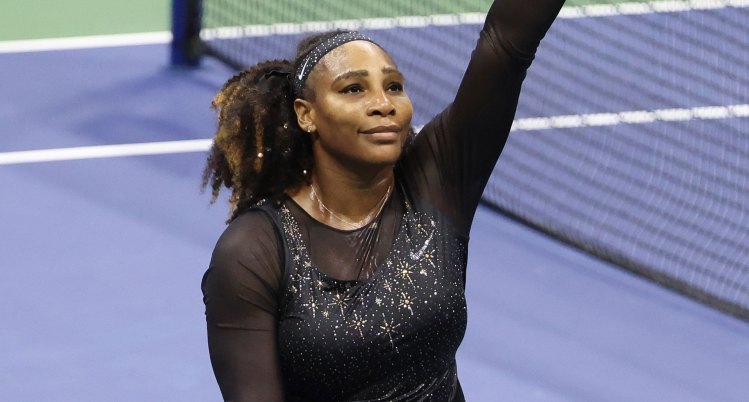 We hope you're enjoying your rest, Serena!