What Does the Official Royal Family Website Have to Say About Baby Archie? You’d Be Surprised 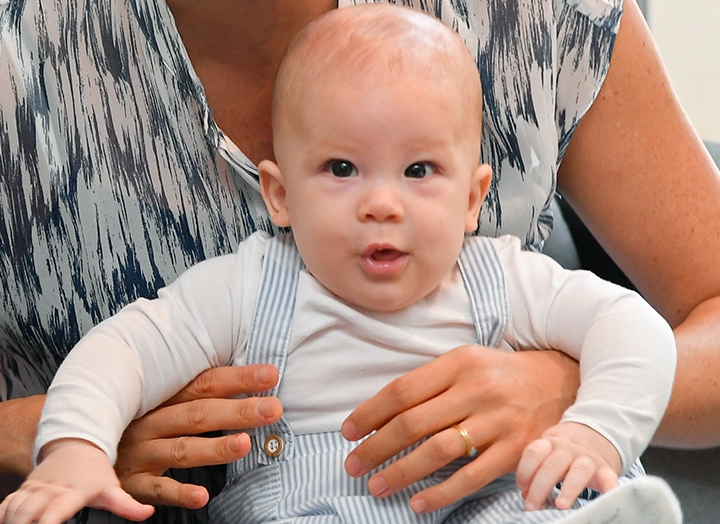 Archie Harrison Mountbatten-Windsor may no longer be an “official royal” due to his parents’ decision to step down as senior members, but that doesn’t mean baby Archie is completely out of the Windsors’ lives.

In fact, as of now, the 1-year-old still holds his place in the line of succession (he’s currently 7th in line after his father, Prince Harry). Aside from remaining in line for the throne, the official website of the royal family has also opted to keep a page dedicated to baby Archie. Not to mention, it’s all positive, which shows Queen Elizabeth still considers him (and Meghan and Harry) an integral part of the family.

Archie’s page reads, “Archie Harrison Mountbatten-Windsor was born at 05:26 on Monday 6th May. He is the first child of The Duke and Duchess of Sussex and is seventh in line to the throne. Archie weighed 7lb 3oz and The Duke of Sussex was present for the birth.”

The birth information is also accompanied by photos of the newborn as he was being presented to the U.K. by his parents, as well as the royal family's reaction to the news.

The information isn’t all about Archie’s birth. There’s also mention of his first meeting with his Gan-Gan, Queen Elizabeth. “The Queen and The Duke of Edinburgh were introduced to their eighth great-grandchild at Windsor Castle on Wednesday, May 8th. The Duchess’ mother Ms. Doria Ragland was also present,” the site reads before mentioning the easel which was placed on the forecourt at Buckingham Palace to announce baby Sussex’s birth: “It is a tradition that this goes on display on a ceremonial easel for members of the public to view for approximately 24 hours.”

However, we have noticed that there haven’t been any updates on the young royal since the Duke and Duchess of Sussex retired from their royal roles in March. This isn’t super surprising, considering that, per their agreement, the royal family will no longer speak on behalf of Meghan and Harry. However, perhaps the decision to remain mum also means that Her Majesty is respectfully giving her grandson and granddaughter-in-law space, allowing them to share updates on their son as they see fit.

Regardless, it seems like there’s nothing but love all around when it comes to baby Archie.

Every Nickname for the Royal Family, From Queen Elizabeth to Baby Archie